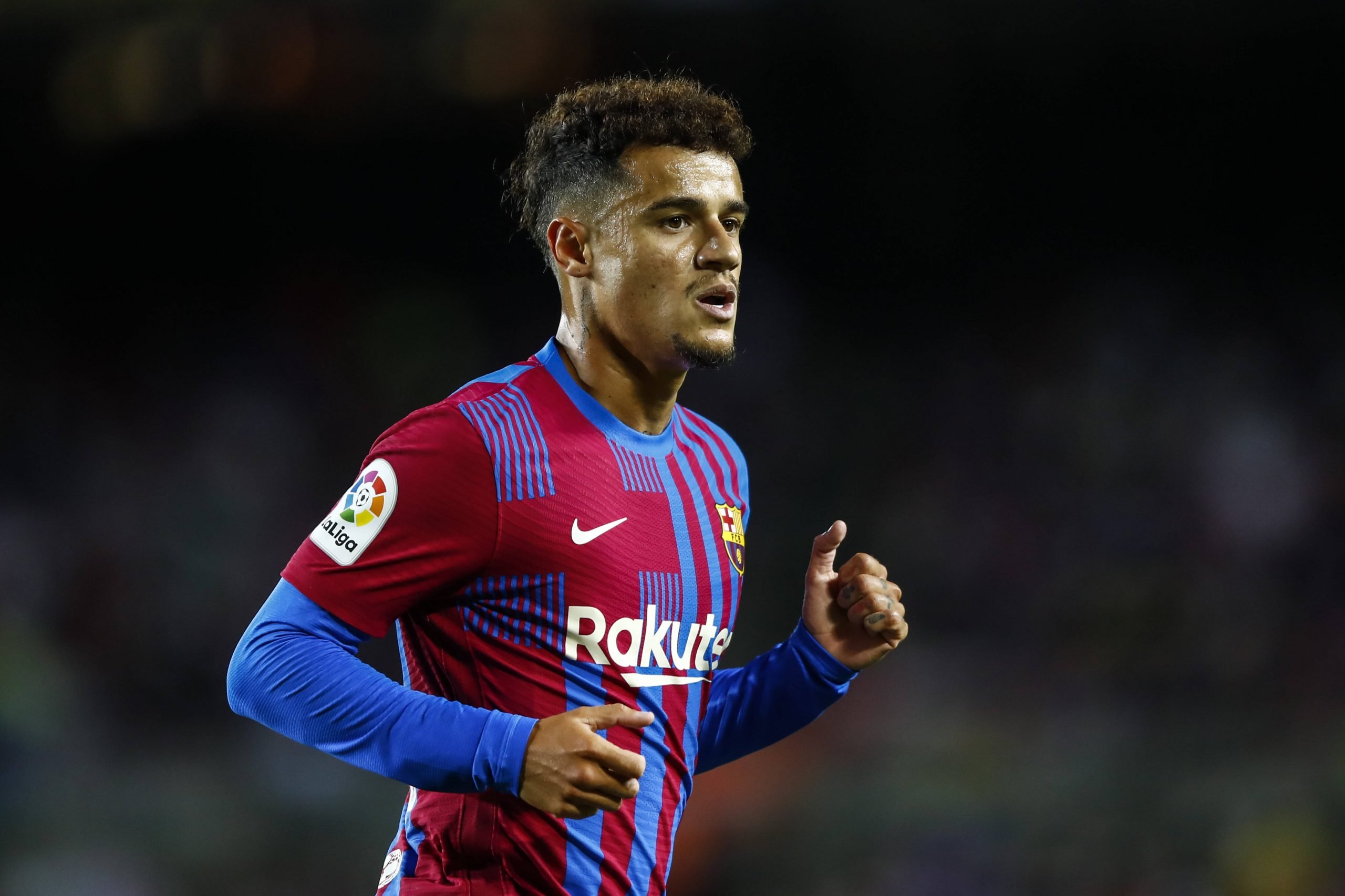 The career of Philippe Coutinho has been far from ideal ever since he set foot in Barcelona. The Brazilian has spent almost his time in the Garnet and Blue of Barça either injured or out of form. It thus makes sense that Barcelona would be looking to part ways if the possibility arises.

The Catalans will be happy to find out now that they have finally attracted interest. It has come from a place Coutinho knows well – the Premier League.

According to The Daily Mail, the Barça number 14 has been touted with a move to London rivals Arsenal and Tottenham Hotspur. The Gunners and Lillywhites are neck and neck in the pursuit of the former Liverpool man, and Barça will offer him up on a loan deal in January.

The deal with Arsenal could involve more than just him, as Barcelona seek to strengthen their striking spot. This means that Pierre-Emerick Aubameyang could come the other way in a swap deal this winter.

Despite having been linked with Liverpool themselves not too long ago, all such rumours died out. Jurgen Klopp reportedly has no use for him in his side. He has long since 2018 improved the team and system, and compared to what it was, it is now more dynamic and has little need for their former number 10.

Barça will be looking to relieve themselves of the Brazilian, and are reportedly willing to pay half his wages. There is a problem though, this coming in the fact that he has no intention of leaving. Coutinho has immense affection for his former side, and thus would not move to a direct rival.