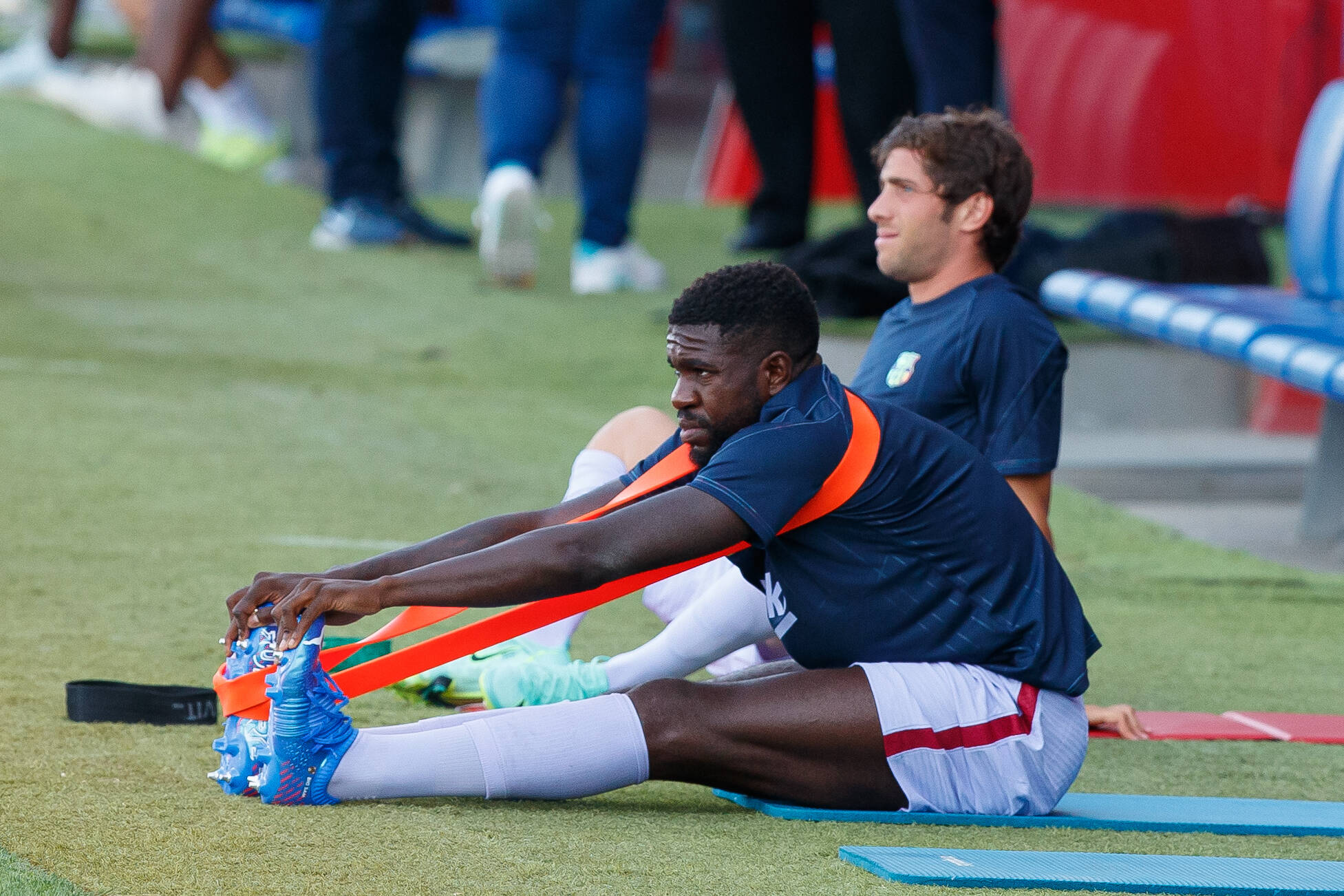 As per a report relayed by Madrid-based newspaper Marca, Pep Guardiola’s Manchester City are hot on their tails for Barcelona outcast Samuel Umtiti. The Cityzens are reportedly in search of a low budget defensive reinforcement and the acquisition of the World Cup winner of utmost importance to the English champions.

Having been signed in 2016 by Luis Enrique, Umtiti quickly became a fan favourite, owing to his spectacular ball reading ability and defensive astuteness. In the summer of 2018, however, things drastically changed for the worse. In the World Cup in Russia, the Frenchman irreversibly worsened the damage to his knee and has never been the same since.

From the 2018/19 season onwards, he has been a pale shadow of his former self. Extensive bouts of injury, riddled with consistency, meant that he steeply went down the pecking order. As of right now, the club naturally seeks to part ways with him and replace him.

That said, the World Cup winner is adamant to continue at the club, feeling confident enough in his physical form to win over Ronald Koeman.

As for the Champions League finalists, their defence is jam-packed with world-class players. John Stones, for instance, has seen an unprecedented return to greatness with his sumptuous performances over the course of the campaign. Ruben Dias, meanwhile, was one of the revelations of the season, forming a sensational defensive duo with the Englishman.

Left out of the team’s dynamics was former Athletic Club player Aymeric Laporte. The Spanish international has found it hard to achieve the same importance he had to Pep back in 2017/18. In the Premier League and Champions League combined, he featured in just 20 matches from a possible 51. In search of playing time, he is equally looking for a way out of the club.

Barcelona have previously been rumoured with Laporte and could take this as an opportunity to kill two birds with one stone: strengthen the defence and get rid of an unwanted player simultaneously.