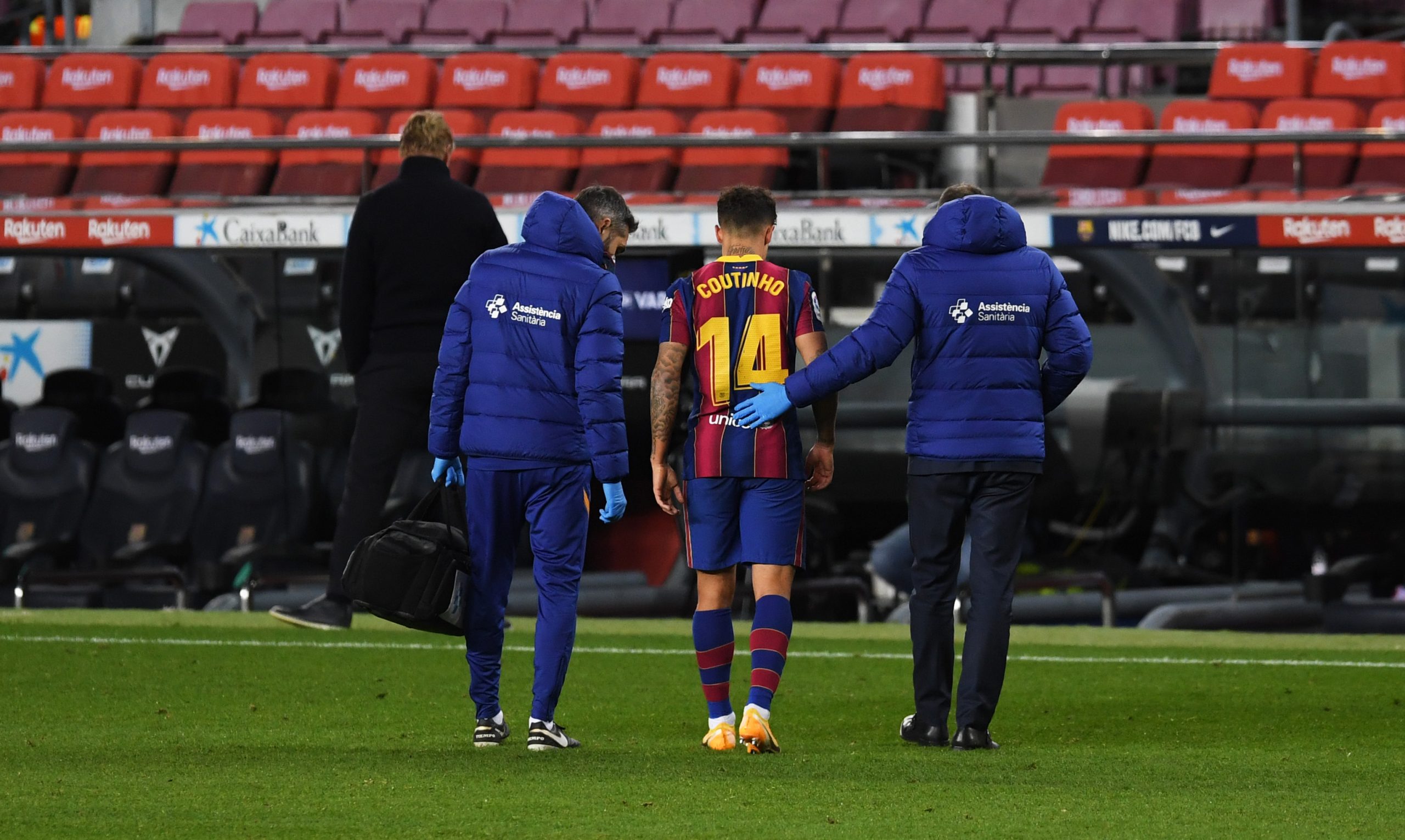 Barcelona suffered another setback the other night, this time dropping points against Eibar at the Camp Nou. With that result, the Catalans plunge even deeper down the standings and their hopes of making a sensational comeback are getting slimmer by the day.

However, as bad as that may sound, it’s also not the only piece of bad news to come out of yesterday’s clash. Philippe Coutinho was introduced from the bench as Ronald Koeman’s attempt to turn their fortunes around but the Brazilian ended up suffering a niggling injury.

And now, according to a new report from AS, he could be out until February. For the time being, the club’s official sources are still quiet and waiting for the scans to confirm or deny their suspicion but it’s not looking good.

There seems to be a problem with the external meniscus of the left knee which, if true, could be a serious injury for Coutinho and a big blow for the team. There are two possible scenarios here: it’s either a complete or just a partial break and depending on the results from the scan, the player’s absence could be as long as four months.

Seeing how the stability of the knee was nonexistent, as the paper suggests, and as evidenced by the fact that Coutinho had to be escorted off the pitch, it’s not looking good.

The cursed season just keeps on landing blow after blow on the Catalan giants. Let’s hope their fortune changes sooner rather than later.