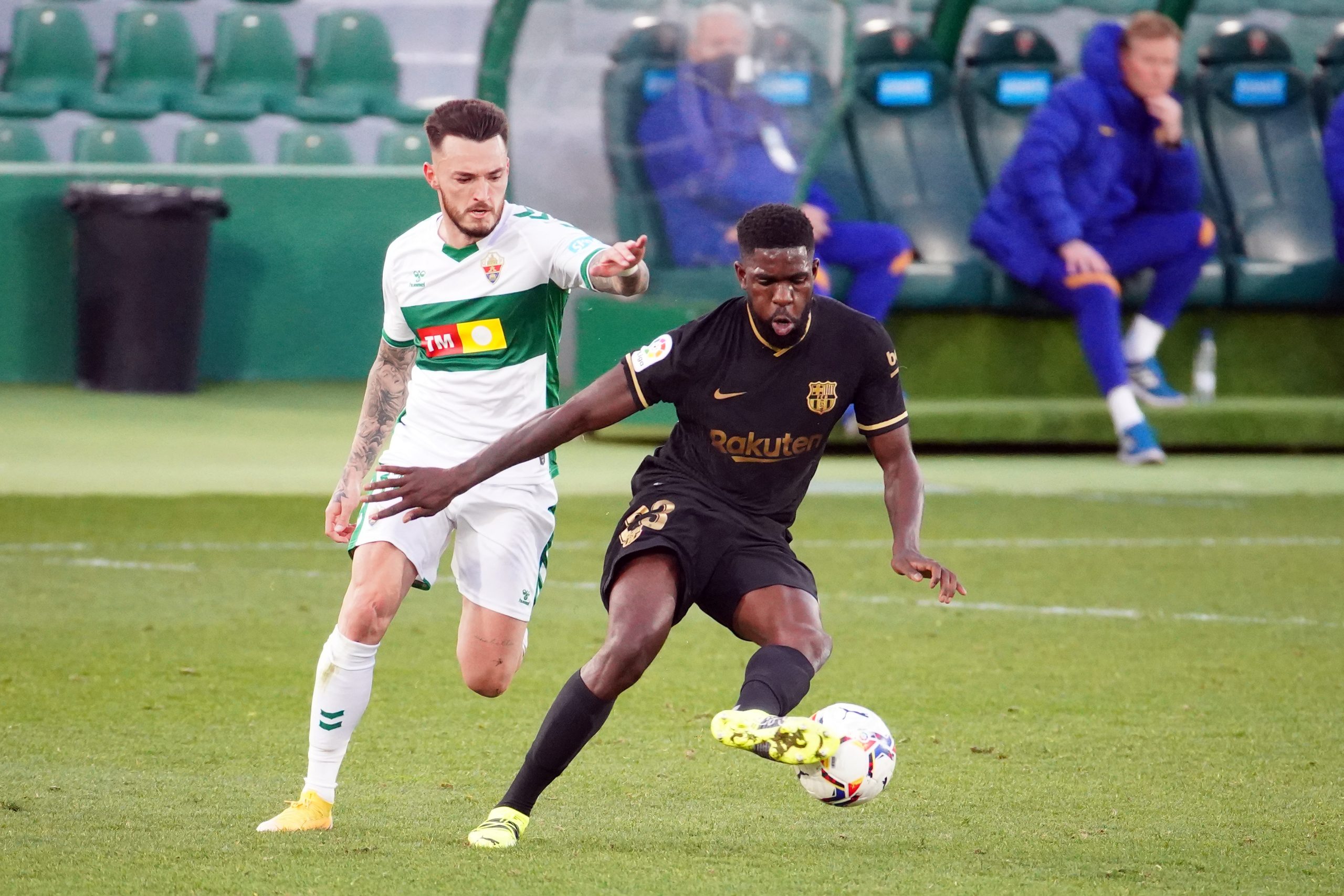 According to TV3, a document where technical secretary Ramon Planes has made a list of players to leave Barcelona has been leaked. The report suggests that the players in question are Samuel Umtiti and Oscar Mingueza. Junior Firpo and Neto are also players who Barcelona wish to offload.

The leaked document reportedly suggests that Barcelona’s sporting staff are once again pushing the club to sign Eric Garcia. Internal analysis by the sporting staff says that Umtiti is no longer reliable due to injuries and that Mingueza’s ability is not trusted enough for the long term. They believe that the Frenchman can no longer cope with the intensity of key matches.

The Eric Garcia transfer saga has been constantly taking turns, with new speculation coming in everyday surrounding the Manchester City center-back. The aforementioned report also states that the sporting staff consider this a rare market opportunity for Barcelona. They also highlight that coach Ronald Koeman has only three senior defenders available in Umtiti, Clement Lenglet and Ronald Araujo. Gerard Pique won’t return at least till April, meaning the club may have to consider the transfer.

Yesterday, a meeting between interim president Carles Tusquets and the presidential candidates to discuss the Garcia issue was called off. The club’s delicate financial situation made it seem like signing the former La Masia defender was off the table. Players like Umtiti and Firpo have already been subjected to numerous links to a move away from Barcelona.

If the club were to offload the said players either now or in the summer, it would also mean promotion to the first team for Alejandro Balde. The overall cost of the sporting project would then become more viable. With just a couple of days left in the transfer window, there are still major questions as to whether Barcelona will conduct any transfer business.