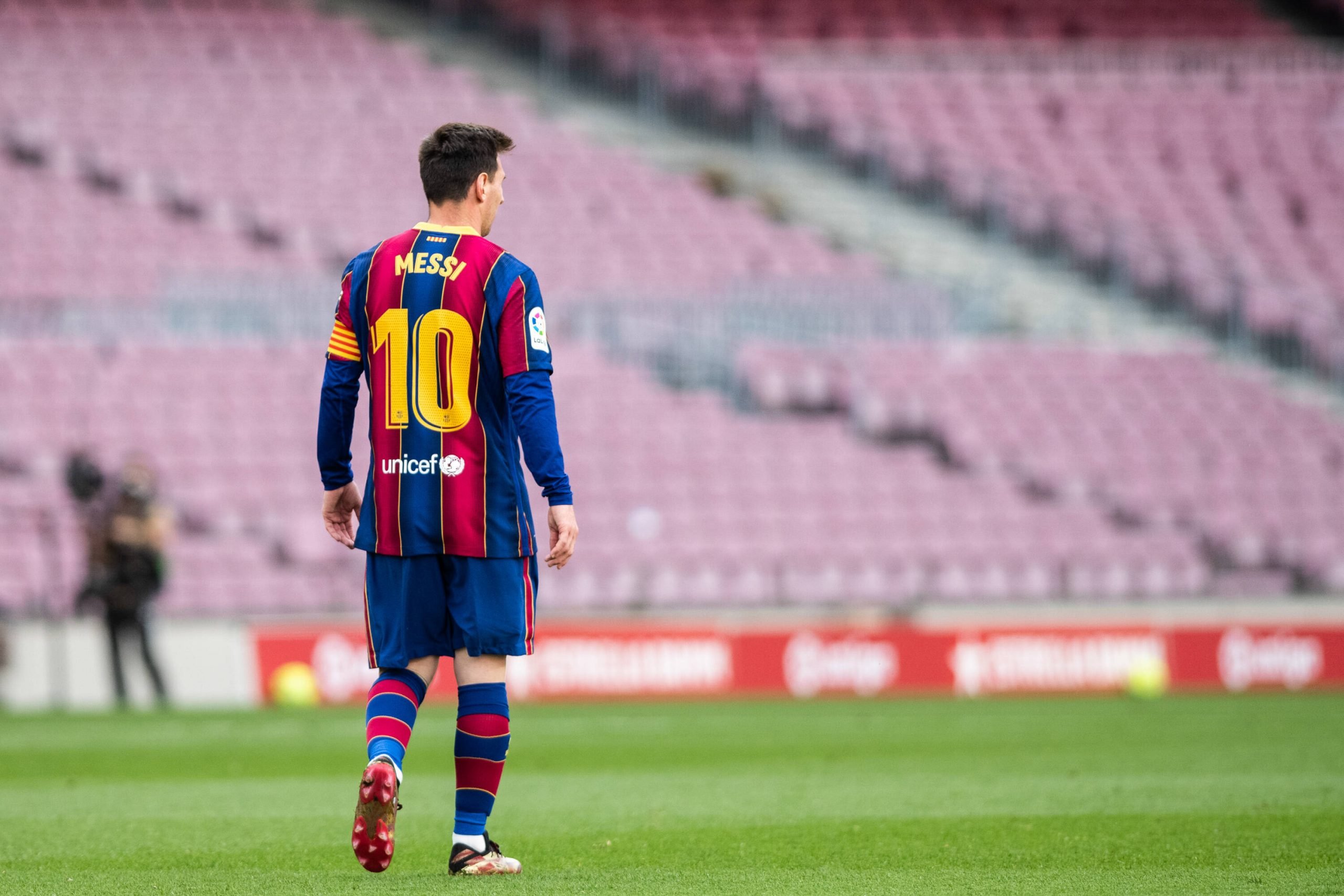 With the date of expiry on Lionel Messi’s current deal with Barcelona looming ominously close, there is more speculation than ever regarding the nature of the offer that club president Joan Laporta will table for the Argentine.

According to El Chiringuito TV, it is believed that Messi does indeed want to stay at Barcelona and that there are multiple options being worked out, one of which includes the president’s offer of giving the 33-year old, a 10-year long contract.

There have been reports aplenty, that state Paris Saint-Germain’s interest in signing Messi is constant, while others also report that Manchester City, who were the favourites to take him off Barcelona’s hands after last season’s controversial saga, are capable of signing him.

However, after Laporta’s arrivals, there has been a much bigger sense of optimism regarding the superstar’s continuity. The talk of a 10-year long, or almost a ‘lifetime-contract’ has been previously discussed as well, since there were rumours that Messi would like to end his playing career in the United States.

The lengthy contract would presumably be so that his current salary can be reduced given the club’s delicate financial condition, a fact Messi is well aware of. The deal would then have the provision for Messi to leave and play his final matches elsewhere, before returning to the club in a technical capacity.

He would then effectively earn a total amount similar to his current contract over the course of the 10 years. A lot of crucial business is set to follow for Barcelona. After the final game of the La Liga season is played the coming weekend, the Copa America will be Messi’s focus, as renewal talks continue.