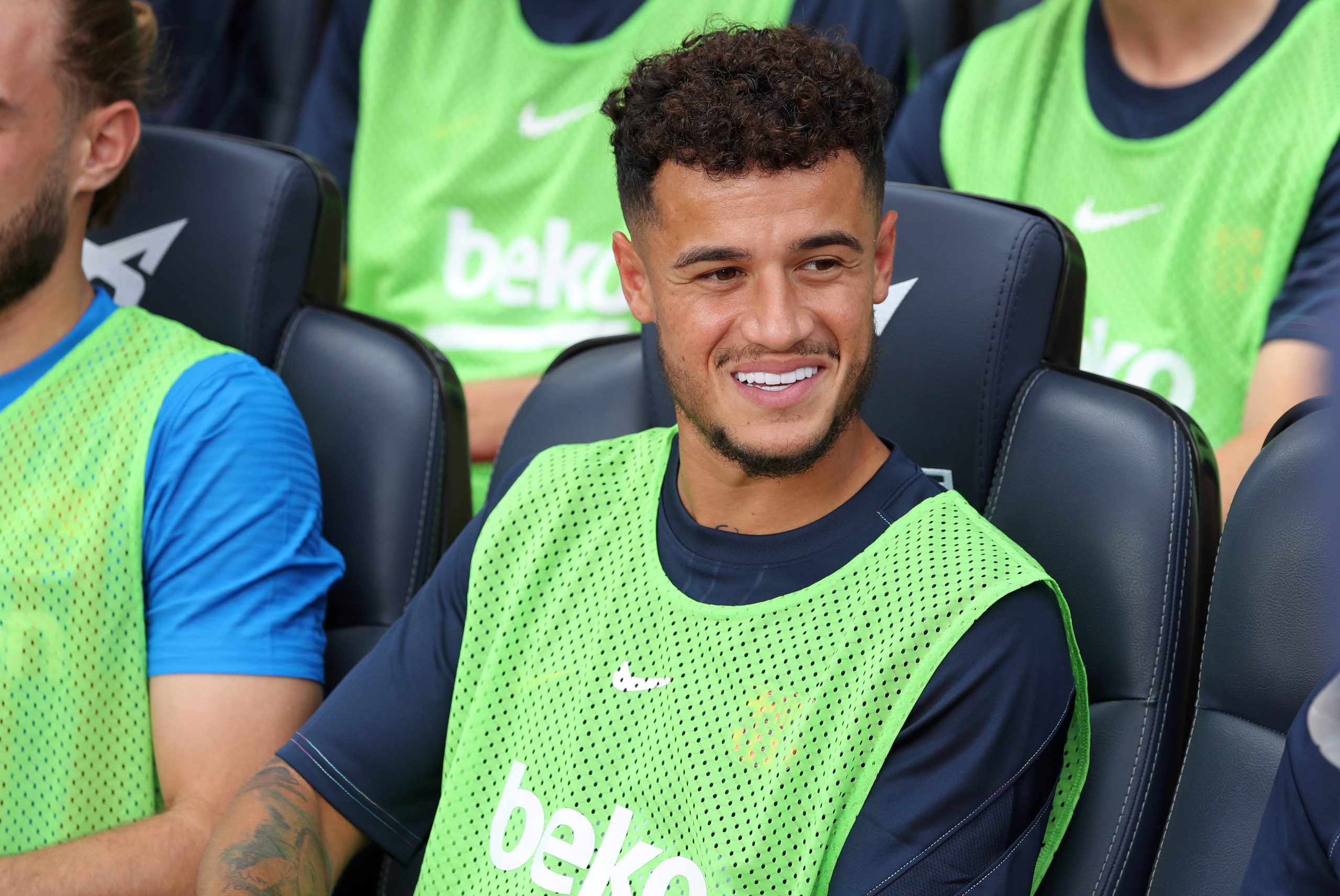 According to reports from Diario AS, Barcelona midfielder Philippe Coutinho could receive his first minutes since December 2020 in the all-important upcoming Champions League clash against Bayern Munich.

The Brazilian seems to have the trust of Ronald Koeman, and will likely be a part of his plans this season if he stays fit. This could very well be Coutinho’s final shot at redemption in the famous Blaugrana colours.

Coutinho’s massive-money transfer Liverpool to Barcelona never panned out the way the Catalans would have wanted it to. After a promising start, either one of form, fitness or confidence has hampered him from truly showing his best version to the Camp Nou fans.

After picking up a serious injury to the meniscus of his knee back in December last year, Coutinho struggled to recuperate after multiple surgeries and delayed rehab. His time on the sidelines, which was initially scheduled to be four months, ended up being nine months.

His loan stint at Bayern, where he scored against Barcelona in the infamous 8-2 drubbing of the Champions League, followed by his injury woes and lack of expressiveness after returning led many to believe this summer window would see him leave the club.

However, with many other bombshells dropping for Barcelona in the market, he has stayed. And after 259 days out of action, he will reportedly return in the side’s high-stakes Champions League group stage opener against Bayern to try and prove himself.

Koeman would have ordinarily eased him back into action against Sevilla in La Liga, but due to scheduling problems, the game has been postponed. The Blaugrana will directly be in action against the German giants following the international break.