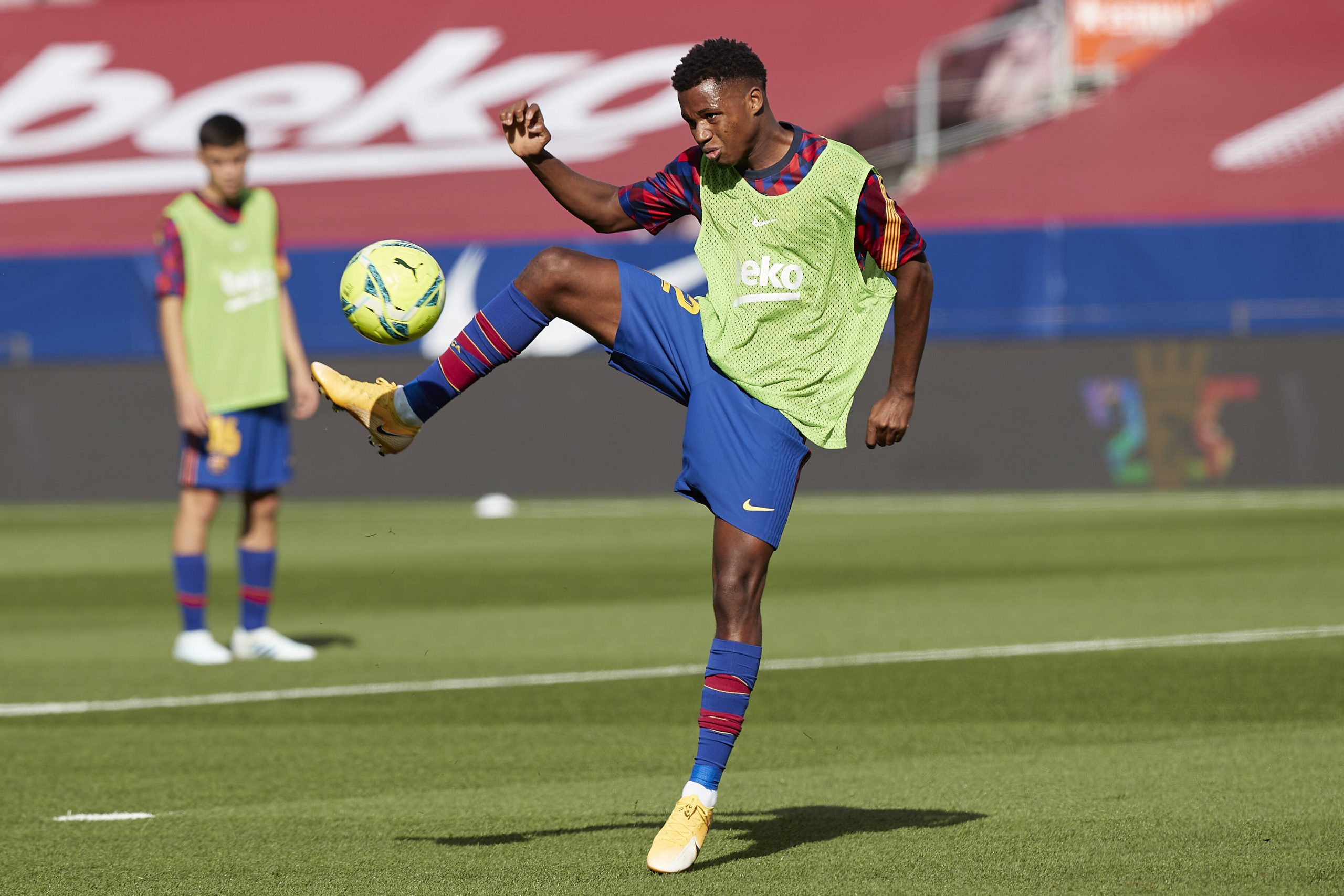 Cristiano Ronaldo has etched himself as an irreplaceable asset at three different clubs now. Manchester United faced the consequences of his departure for years, with Real Madrid mirroring the same kind of impact after he left for Juventus in 2018.

The Bianconeri, however, seem to be planning well ahead before the Portuguese leaves and are looking at Barcelona’s wonderkid Ansu Fati as a possible replacement.

The report, published by Calcio Mercato and relayed by Mundo Deportivo, states that Ronaldo might be ending his career in Major League Soccer in the USA, and at 36, Juventus have to plan for a replacement if they want to mirror his goal output.

Fati broke out in the Barcelona first-team in the 2019/20 season under Ernesto Valverde, whose hand was forced to play the youngster when Lionel Messi, Ousmane Dembele, and Luis Suarez continued to suffer from injuries early on in the season. Then 16, Fati did not disappoint and scored his first goal for the club against Osasuna in only his second game.

Under Ronald Koeman, though, Fati had become a mainstay on the left-wing. He started the season in sensational form, scoring two goals against Villarreal on the opening day and winning the penalty in the 4-0 win. Unfortunately, he picked up an injury against Real Betis and was ruled out for more than six months.

Reports about his recovery have been conflicting and confusing for fans, but his return in the UEFA Champions League Round of 16 against Paris Saint-Germain has been ruled out. While it seems like a bizarre and a far-fetched thought, he may just be back in time for the Champions League final, if Barça are to reach that stage.

Fati’s return to Barcelona is hugely awaited, and with a release clause of €400 million, there is little to no possibility that he leaves the club where he has as a pre-teen.