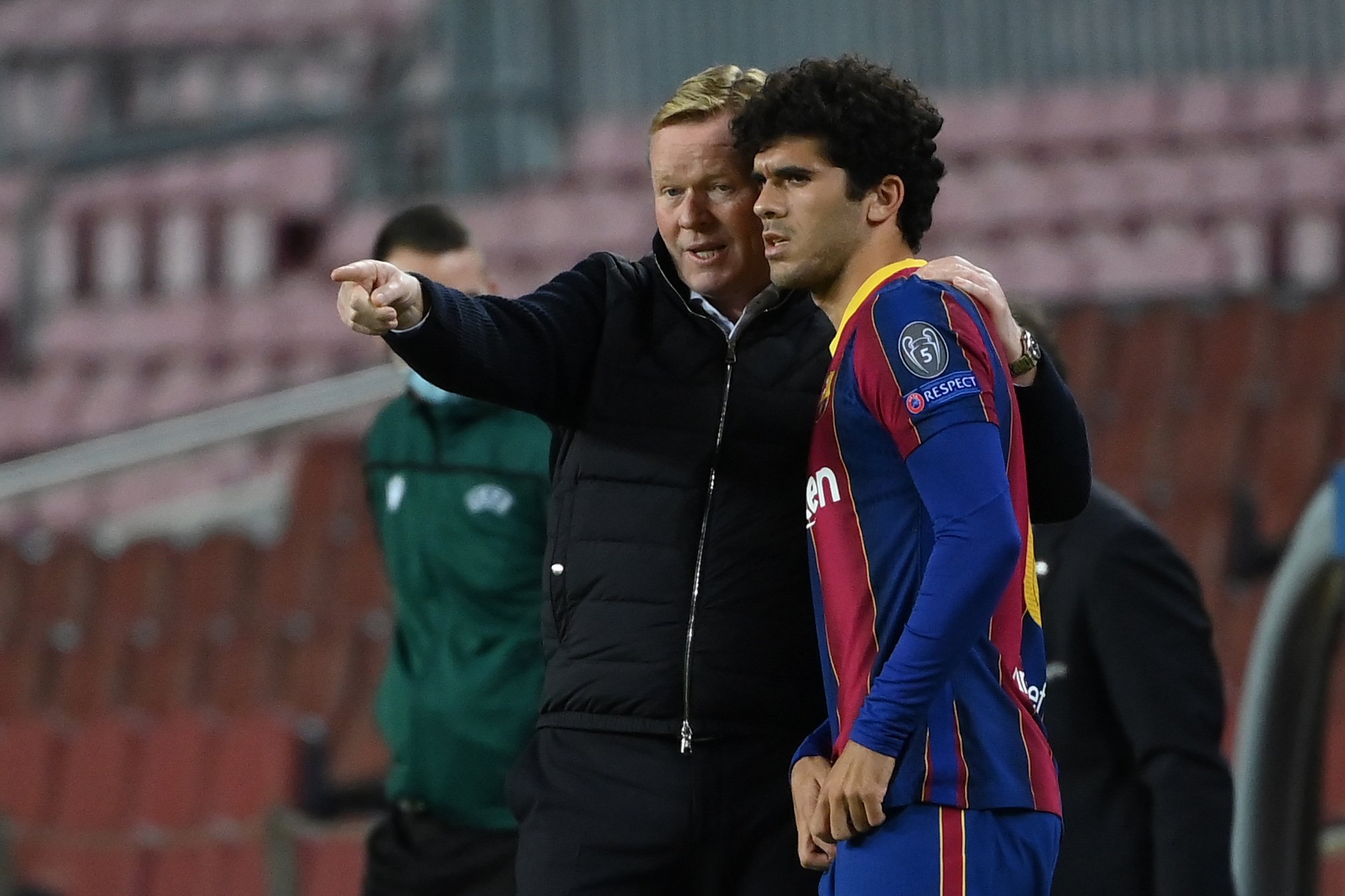 Life for La Masia’s biggest talents hasn’t exactly been easy since Ronald Koeman’s arrival. Changes were very much expected – and welcome – but no one could really predict such a huge fall from grace for the likes of Carles Aleñá and Riqui Puig.

And while the latter is set to stay at Barcelona beyond the January transfer window, the latter might not be that lucky. Not only that but according to Catalan outlet RAC1, he doesn’t even want to stay at the Camp Nou and is seeking a way out.

At the moment, we don’t know much more than that but it does seem like the 22-year-old wants regular football and believes he won’t get it from Koeman. As things currently stand, that seems like a fair assessment since other midfielders are usually preferred by the Dutchman.

What we do know, however, is that if Aleñá does leave, it will be on a loan deal to another Spanish club or a different European country altogether that can offer him a steady place within the squad.

With so many players in that midfield role at the club, and usually only two spots free each week in the starting XI, it doesn’t come as a surprise to see young players wanting more.

But given his unique profile and skill set, it’s quite strange to see Aleñá not given much more game time than he currently has been.

At the end of the day, however, it’s Koeman who decides and if nothing changes soon, another La Masia graduate will be departing the Camp Nou.

At first, luckily, on a temporary basis, but you never know where those deals might lead to in the future.