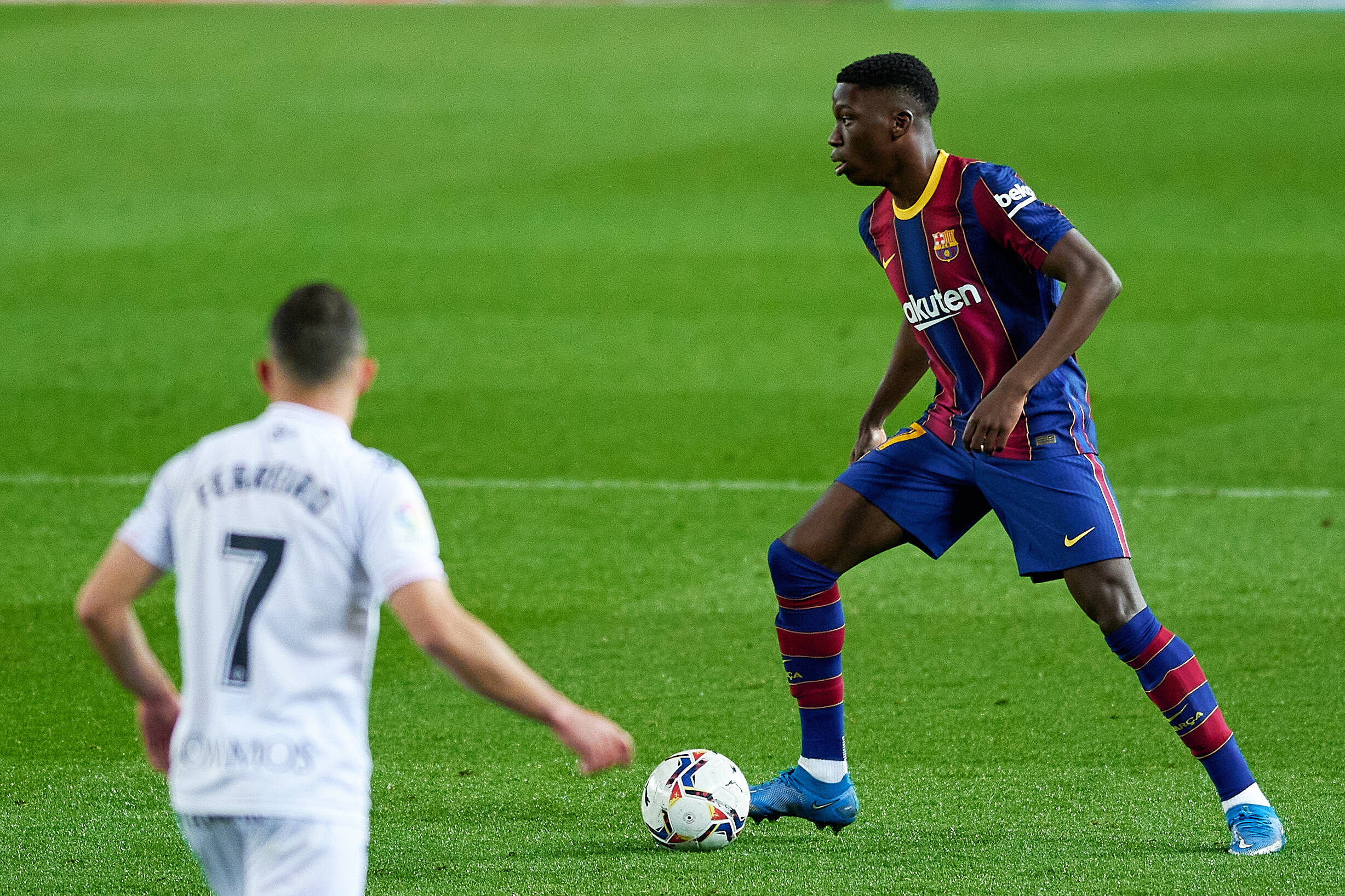 Amid all the chaos of Messi’s departure, Barcelona are still at a crossroads with young midfielder Ilaix Moriba. The Conakry-born teenager’s contract extension has been cause for a lot of headaches in the weeks gone by.

Now, according to new reports from Mundo Deportivo, the club has completely ruled on trying to get the youngster to renew his contract barring an unexpected turn, and will now count on his exit as soon as next week.

Ilaix Moriba enjoyed an impressive debut season with the Barcelona first-team, rapidly rising up the ranks and earning Ronald Koeman’s faith as a trusty midfield general who would often be brought on to close out games with his physicality and technique.

He has undeniable quality, and as a result, became the first player not registered with the senior team to earn a million euro salary. However, lately the negotiations regarding his extension have not gone well and as was previously reported, Barcelona have been considering the extension a ‘lost-cause’ for a while now.

The latest and final offer Barcelona tabled for the youngster has elicited no response from the player or his representatives. The Spanish publication highlights in their report that Barcelona believe the agents are merely buying time and negotiating with a different club, since they have provided the ultimatum that if Ilaix does not renew he will not play.

The report also states that Chelsea seem very keen on the youngster, with the best offer supposedly coming from them, while Manchester City and Olympique Marseille may also have Ilaix on their radar. The Bundesliga may also be a likely destination since his agency ‘Rogon’ has great contacts in Germany.