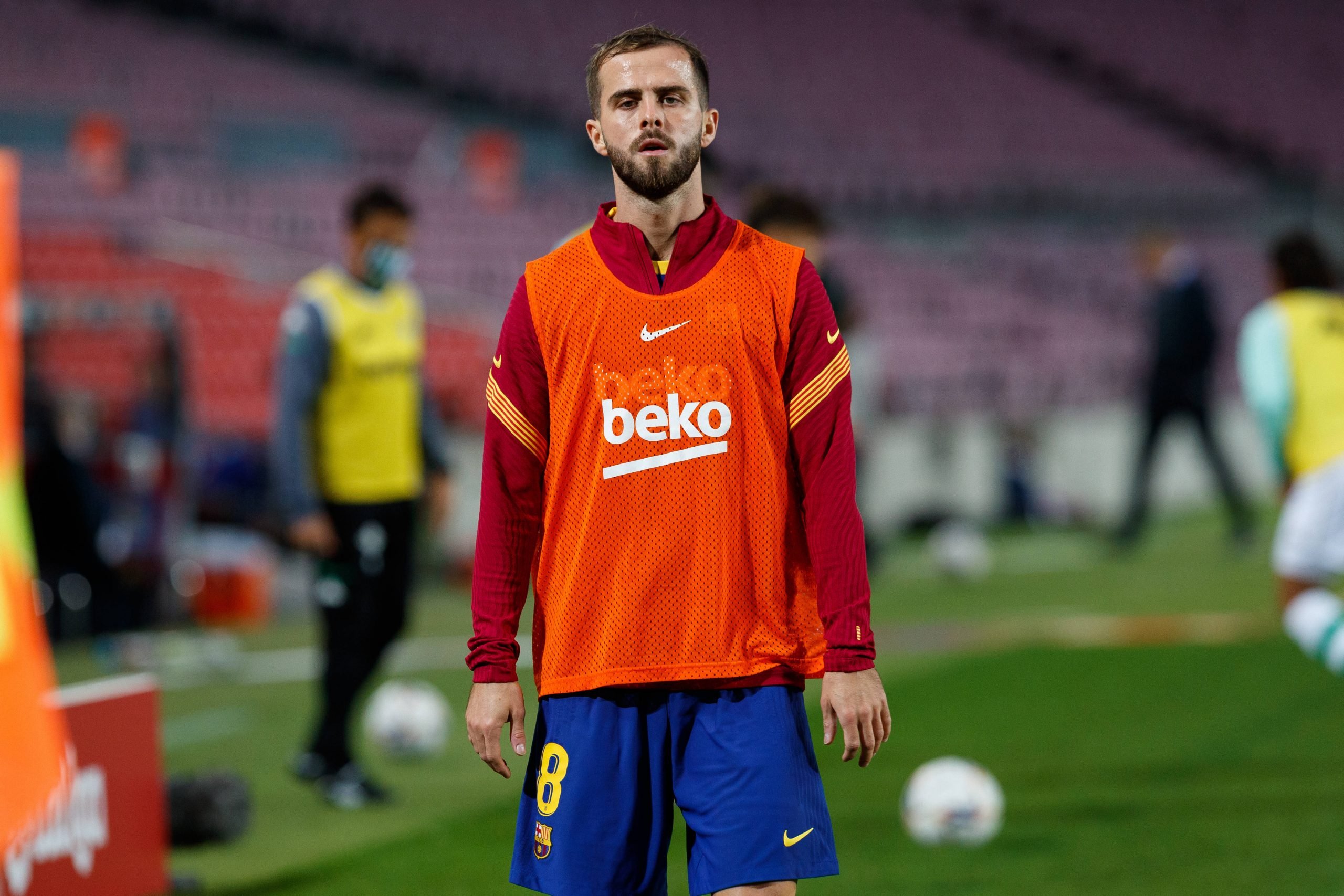 As the transfer window picks up pace, Barcelona have some major issues that need to be taken care of at the earliest. The biggest headache for the Catalans at the moment is the contract situation of superstar Lionel Messi.

As of 30th June 2021, the 34-year-old’s contract with Barcelona expired. And while a new deal is said to be in place, the La Liga ‘Fair Play’ rules mean that the club need to trim down their current wage bill significantly before being able to fit Messi’s new contract into the limits and restrictions set by the Spanish top-flight.

This has meant that the Blaugrana are looking to offload as many players as possible who do not feature in the plans of manager Ronald Koeman. One such star, Junior Firpo, is already believed to be on his way out of Leeds United. Youngsters like Jean-Clair Todibo and Konrad de la Fuente have also been axed.

But two players, in particular, are becoming problematic for the club – injury-prone defender Samuel Umtiti and out-of-favour midfielder Miralem Pjanic claims Mundo Deportivo. While the former is still keen on continuing at Barcelona despite interest from Olympique de Marseille and Olympique Lyon, the latter’s case is much different.

What next for Miralem Pjanic?

Pjanic arrived at Barcelona only last year from Juventus but has endured a torrid debut campaign during which he managed just six starts in La Liga. The 31-year-old is clearly behind the likes of Sergio Busquets, Frenkie de Jong and Pedri in the order of preference at Camp Nou, while Ilaix Moriba also featured more regularly than him towards the end of the 2020/21 term.

So, an exit is pretty much on the horizon for Pjanic, with Barcelona even prepared to terminate his contract if need be. However, before things reach that stage, the Bosnian is keen on waiting and assessing his options of leaving the club on a transfer or even a loan deal.

And, the report claims that Pjanic is attracting plenty of interest from Italy, where Juventus and Inter Milan are both keen on signing him, given his track record in Serie A. Along with them, French giants PSG, too, have expressed an interest in the ex-Juventus midfielder.

Whether any of the aforementioned teams formalise their interest in Pjanic in the coming days remains to be seen. If not, Barcelona could very well terminate his contract, which would allow the clubs to land him on a free transfer, although he would likely demand a signing-on bonus.