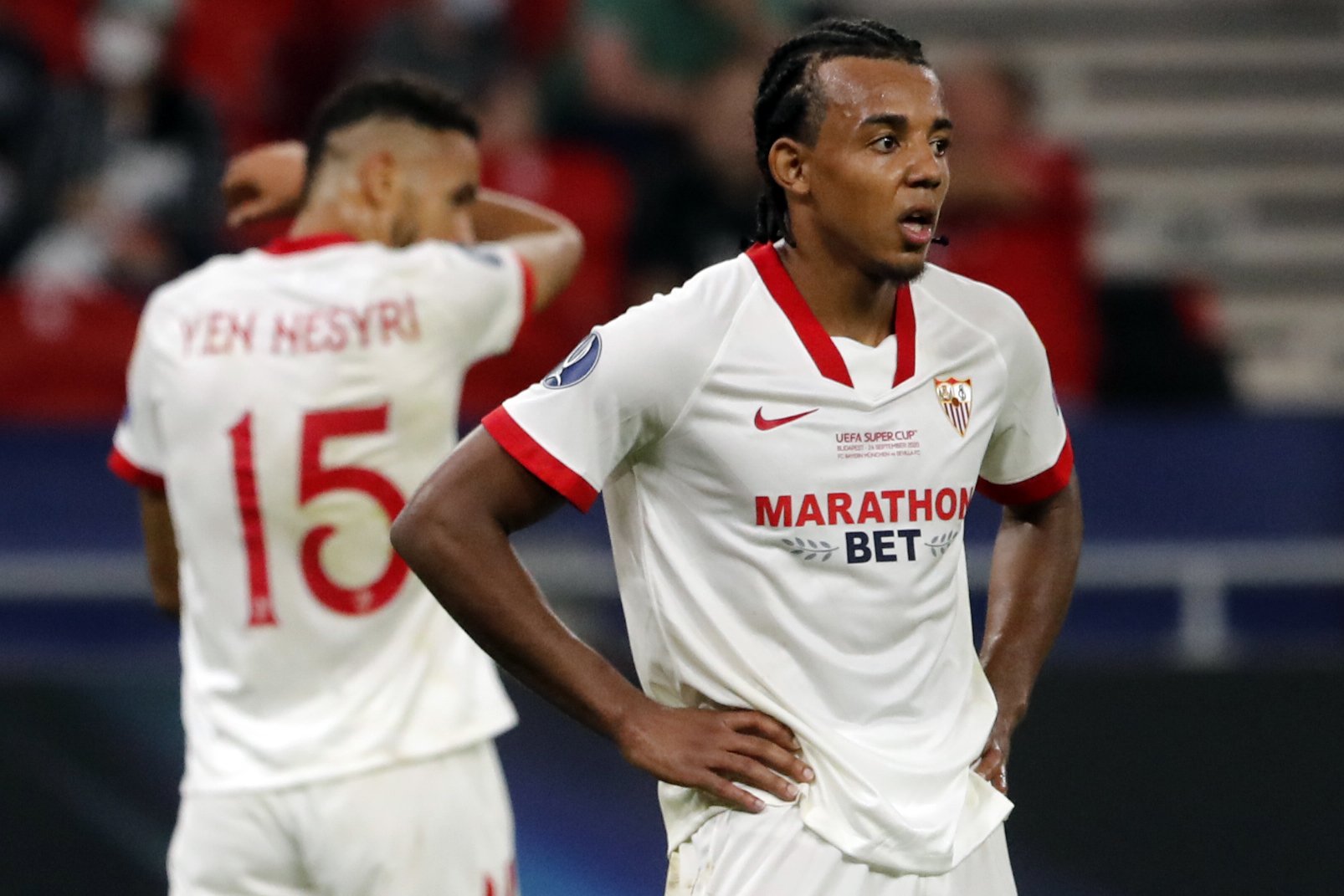 The rise of Ronald Araujo from the Barcelona B unit to the senior team has been nothing short of commendable. Not only does it safeguard the Barcelona defence, in theory, for more than a decade, but it also provides the club with an easy way out without spending millions of euros on a defensive prodigy.

Araujo is a sensational defender, no doubt, but he matches Carles Puyol’s profile much more than a modern-day ball-playing centre-half. Like Puyol had Gerard Pique, the Uruguayan needs a defender good on the ball alongside him to thrive to perfection. According to AS, that player might be Sevilla’s Jules Kounde, who now is on the radar of Barcelona.

No more than 3 days ago, Kounde started the game against Barcelona in the Copa del Rey semi-finals and scored a sensational solo goal after dribbling past the entire opposition backline. He is hailed as one of the best defensive prodigies in world football, compared to the likes of Matthijs de Ligt, Dayot Upamecano, and Ronald Araujo himself.

Barcelona are struggling with their central defenders this season. Samuel Umtiti continues to flatter and deceive, while Clement Lenglet has been uncharacteristically underwhelming. On the other hand, Gerard Pique and Ronald Araujo have struggled with injuries, while Oscar Mingueza is too young to get a grip at the club right now. Frenkie de Jong and even Sergio Busquets have temporarily filled in at the back, but their absence from the midfield makes that unworthwhile.

At 22, Kounde is already the starter at a Europa League-winning outfit like Sevilla, and on the radar of several top clubs like Real Madrid, Manchester United, Manchester City, among others. He will undoubtedly be expensive, but whatever Sevilla demand from him will be worth it. And if the Blaugranas can secure his services right now, they might not have to worry about their defence for years to come.