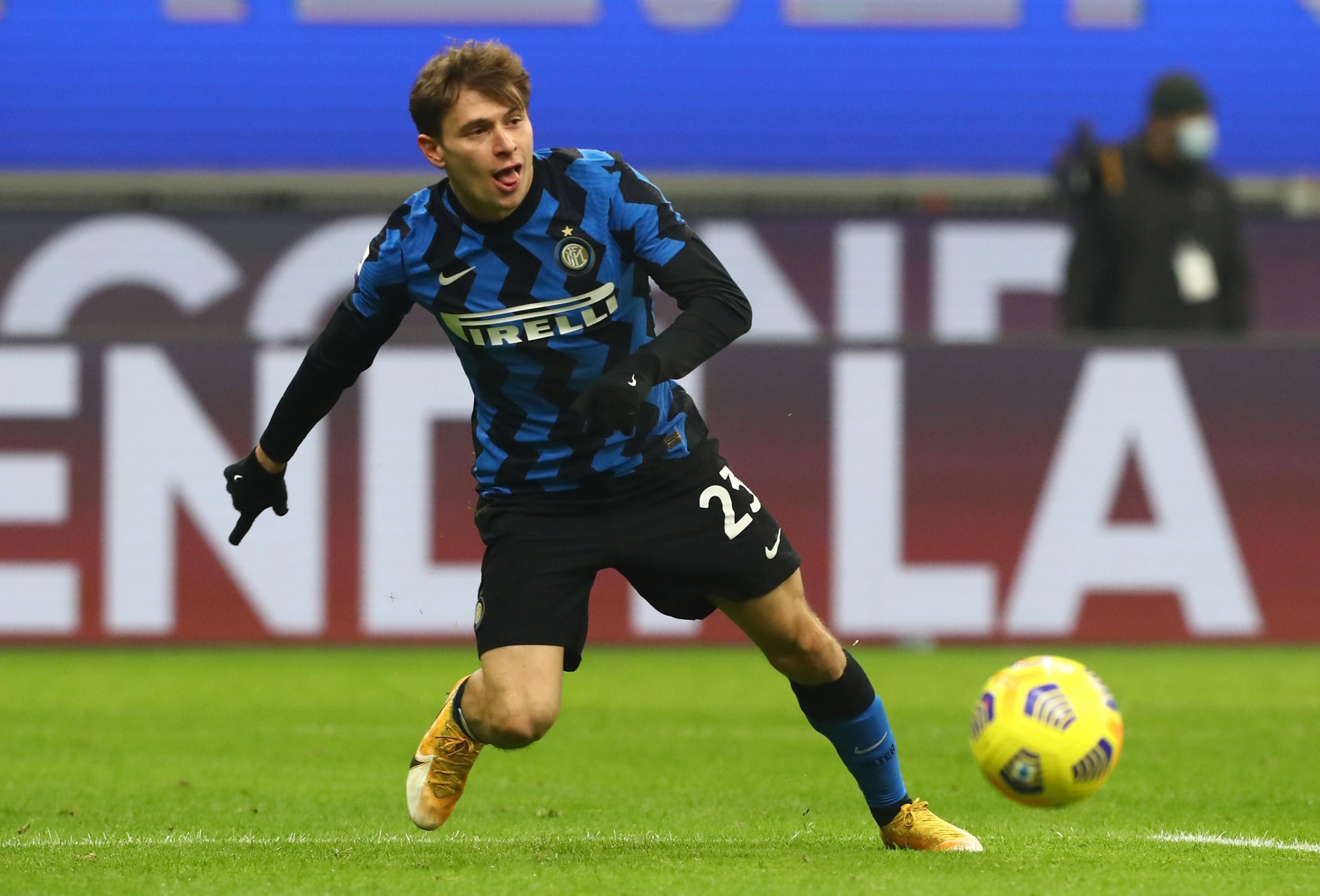 According to a report by Gazzetta dello Sport, Barcelona are interested in Inter Milan’s Nico Barella. The Blaugrana are closely monitoring the young midfielder’s status.

Barella signed for Inter last season on loan from Cagliari. He fast became a mainstay in Antonio Conte’s plans, with his tremendous energy and willingness to press, accompanied by great technical ability to play across the midfield. His linkups with Achraf Hakimi have become a key part of Inter’s attacking prowess.

His performance over the weekend against Juventus turned even more heads. Barella was the standout player in Inter’s first win against Juve since 2016. He assisted the opening goal for former Barcelona player Arturo Vidal and capped off the 2-0 win with a goal himself. Moreover, the 23-year-old already has two goals and five assists in Serie A so far this season.

Barella spent almost five years at Cagliari before Inter approached to sign him on loan last summer. After a great spell, Inter decided to splurge the cash on the Sardinian midfielder. They exercised his purchase option in the 2020 summer, paying 28 million euros to secure his services permanently. He now has a contract until 2024 with the Nerazzurri.

According to the previous reports, however, Barella has attracted interest from numerous top clubs. Other than Barça, Real Madrid and Bayern Munich also have their eye on the young Italian. The rumours are flying in even faster following Inter’s Derby d’Italia win over the Old Lady.

Barcelona however, will be unable to launch a move for him straightaway. Due to the cash crunch and delays in the presidential elections, all transfer business will be hindered. It will be almost impossible to sign or sell players. Any attempt to get Nico Barella will have to wait either till the summer window or next January.