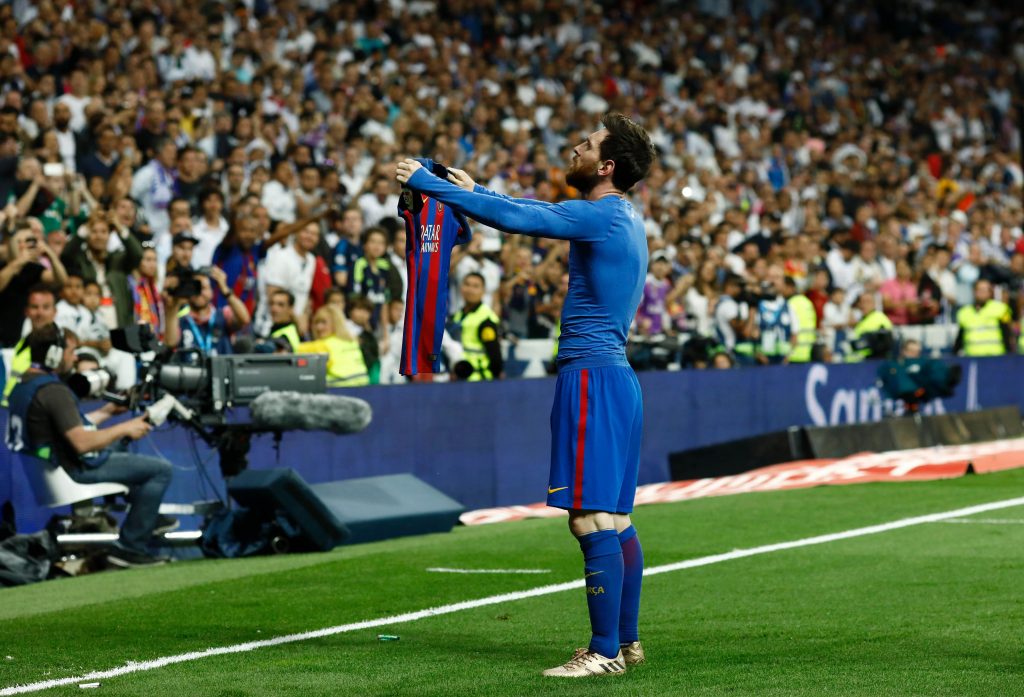 On this day, three years ago, Lionel Messi scored the winning goal in the Clásico in the 92nd minute at the Santiago Bernabéu with a notorious and iconic celebration. The game ended 2-3 in Barcelona’s favor.

#OnThisBettingDay in 2017, Lionel Messi scored his 500th Barcelona goal in the 92nd minute to win the El Clasico at the Bernabeu…

Busquets created space for Roberto, who carried the ball all the way from the defensive line to the opposing half and passed it to André Gomes. He waited for a second so that Jordi Alba makes the run, and once André saw him, he directly passed it to him. Messi approached Alba, and as he got the ball, instantly striked the ball in the lower left corner.

The commentator was going crazy: “Leo Messi has done it again. He is super human. Lionel Messi has just exploded La Liga into life. Another chapter in the incredible story of the little one. Oh my Goodness, you can’t write a script for this one. This is unbelievable stuff. “

Marcelo and Carvajal were on the floor, tired from sprinting in the 92 minute game. Cristiano Ronaldo was shaking his head, and wondering why his team-mates didn’t foul Sergi Roberto earlier.

Zidane was confused. The Santiago Bernabeu was in complete silence while Messi took off his jersey and presented it to the fans.