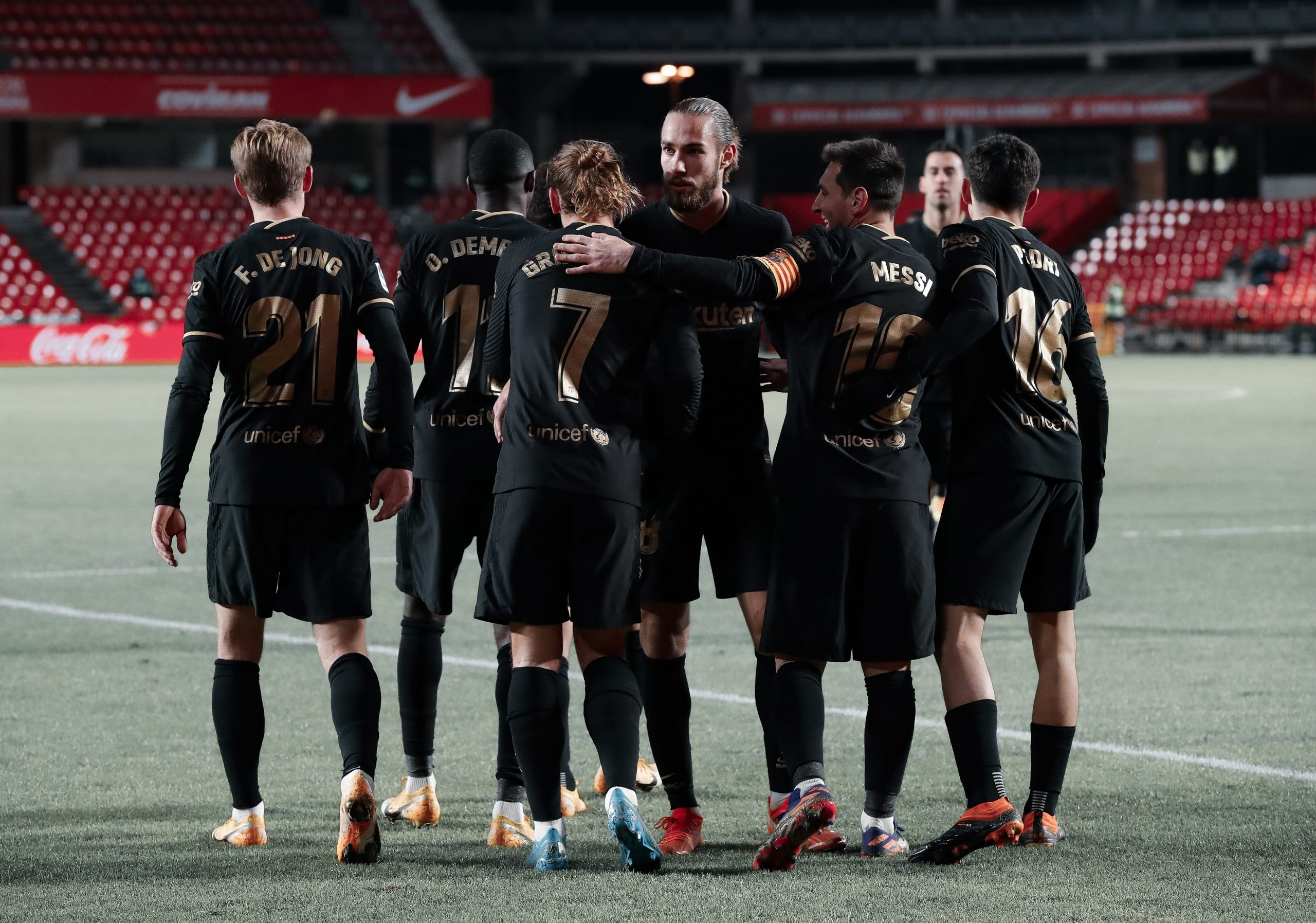 Off the back of their third consecutive victory, Barcelona get their quest for the first bit of silverware this season underway. A tricky game against Real Sociedad awaits in the Super Cup. Barça Universal brings forth the match preview of this thrilling semifinal.

Less than a month after their previous meeting, Barcelona will lock horns with Real Sociedad once more. The last encounter ended in a narrow 2-1 victory for the Blaugrana. This time in the Supercopa de España, the two sides will go all out in a bid to get their hands on some silverware early on in the campaign.

Barcelona have been in fine form since the turn of the new year with three wins out of three in La Liga. Their drubbing of Granada over the weekend will serve as a huge morale boost heading into the semifinal tie. A run of form they will look to maintain against a highly tricky opponent.

Sociedad, on the other hand, have gotten off to a slightly slower start in 2021. With a draw against Osasuna and a loss to Sevilla, they have fallen to 5th in the league standings. However, the importance of form in cup ties is often lost. They remain without the creative influence of David Silva but are boosted by the return of the dangerous Mikel Oyarzabal. La Real will throw everything at Barça in an attempt to win their first Supercup trophy since 1983.

This will be a hotly contested game, and progressing to the final will provide a huge boost of confidence for either side. The momentum could well swing Barcelona´s largely faltering season the other way, or provide Real Sociedad with the sharpness they displayed early on in the campaign.

Ronald Koeman could very well line up with the same 4-3-3 setup that provided some wonderful fluid football against Granada. Pressing in midfield will be an absolute necessity. Primarily, however, the width provided by the in-form Ousmane Dembele could be key. He could unlock space for Antoine Griezmann whose runs will be largely important since the Sociedad fullbacks push high up.

Lionel Messi could return to his false nine role with Frenkie de Jong playing his slightly revamped advanced role, which seems to be working wonders for the team. Messi and Griezmann seem to be playing with a renewed sense of confidence and smiles on their faces, which is always good news for Cules everywhere.

The pair will look to continue their scoring exploits having bagged a brace each over the weekend, reinforced by Pedri behind them, who has received plaudits from his teammates as well.

As for the defence, the only change could come in the form of Samuel Umtiti, who, despite his mammoth display against Granada, might be replaced by Clement Lenglet.

What to expect from Real Sociedad?

Imanol Aguilaci’s men may well shape up in a similar 4-3-3 setup. A shape that might alter slightly to 4-1-4-1, with the wingers dropping slightly deeper to create overloads and progress through the middle.

Tomorrow could see Willian Jose return to the starting lineup, as Sociedad will also look to capitalise on Barça’s vulnerabilities on set pieces. The Brazilian striker will be fresh after he was rested against Sevilla. Midfield general Mikel Merino will be a key part of organising the shape and circulating the ball.

The La Real academy graduate is an absolutely vital player for Aguilaci. Sociedad always look far more dangerous when he is operating on the flank. After an injury ruled him out for a large chunk of games, his return in late December has been a huge boost. Despite the layoff in December, he remains their top scorer and assists provider this season.

He had an impressive outing vs Sevilla on the weekend despite the loss, notching an assist. Oyarzabal’s immense ability on the ball through the centre and out wide will mean Sergino Dest will have his hands full. And with Merino’s interchanging support, the pair can pose Barça serious problems.

Despite a few key absences for Sociedad, they will be very threatening in possession. Barcelona however, seem to be finding their rhythm and will stand a strong chance of progressing to the final if the frontline keeps firing.