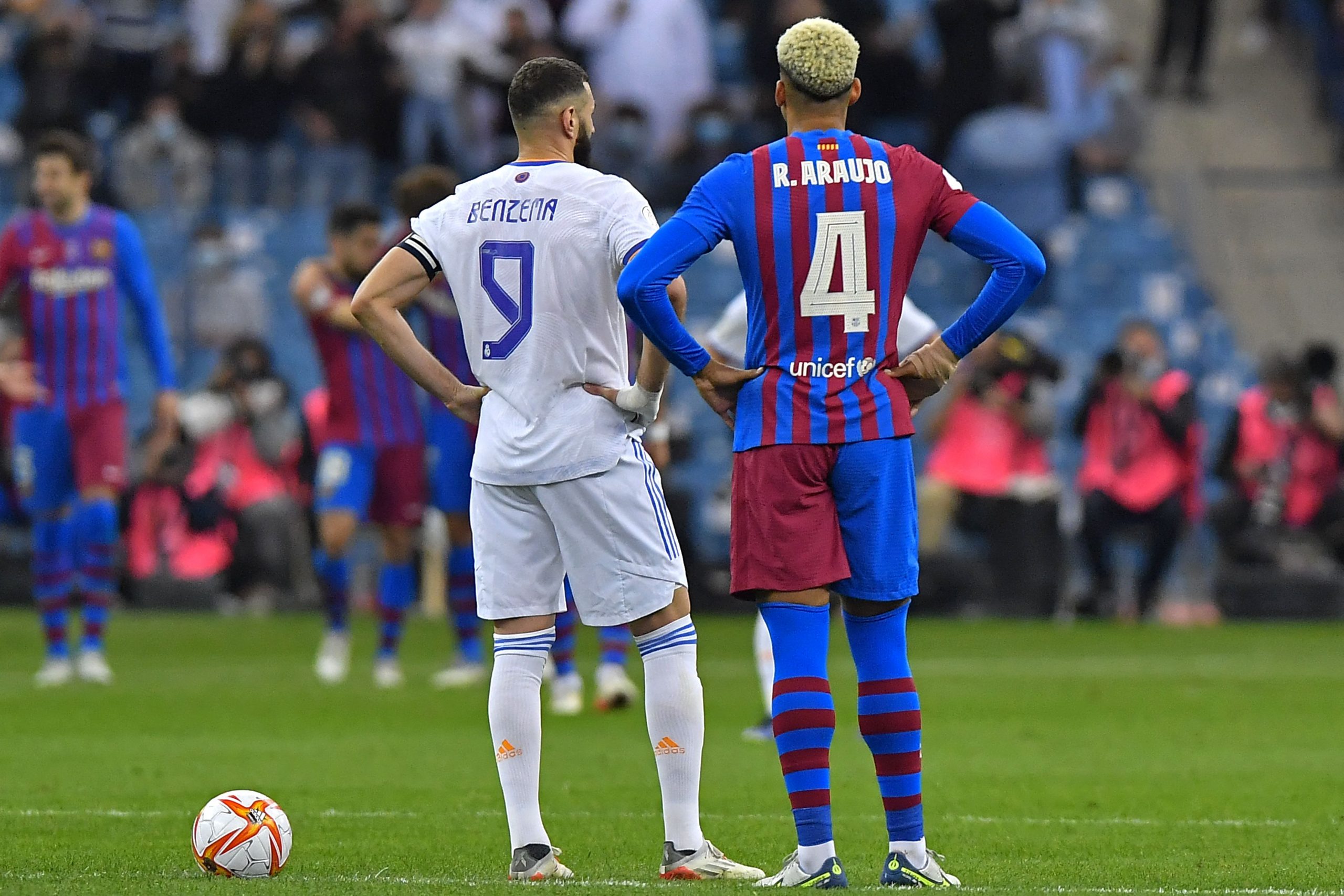 Barcelona and Real Madrid have come to terms on an agreement that neither club will interfere in each other’s players during the contract renewals, which has more or less stalled Madrid’s hopes of landing Ronald Araujo anytime soon.

According to MARCA, talks between Joan Laporta and Florentino Perez discussed the legal issues at hand and also agreed on what is termed as a non-aggression verbal agreement. This essentially restricts the club to poke its nose into the other team’s matters. This involves impeding the contract talks or trying to pry in any academy player.

Now, there are two aspects of this agreement that has been reportedly sealed with a handshake. While one aspect of it hinders the teams in approaching the players, the story is entirely different if a certain player is out of contract. In that case, the seductive power can, in fact, be utilized to rope him in.

During the recent El Clasico in Riyadh, Madrid’s interest in the Uruguyan became one of the talking points. According to several sources, Barcelona are working on handing the Araujo a new contract since his current deal is set to expire in 2023. But knowing the interest around him, the 22-year-old has decided to stall the talks for the time being.

Although Perez has since denied any kind of approach, there is a chance of possible impeachment in the renewal process that Barcelona has been working on. On the flip side, reports have mentioned that the Madrid club is trying its best to stop Isco from joining Barcelona despite the fact that they have no interest in giving him an extension.

Now that there is an agreement in place, the two teams are locked in an open battle to sign Borussia Dortmund frontman Erling Haaland. Laporta is doing everything in his power to prevent the Norweigan from wearing the whites of Madrid.