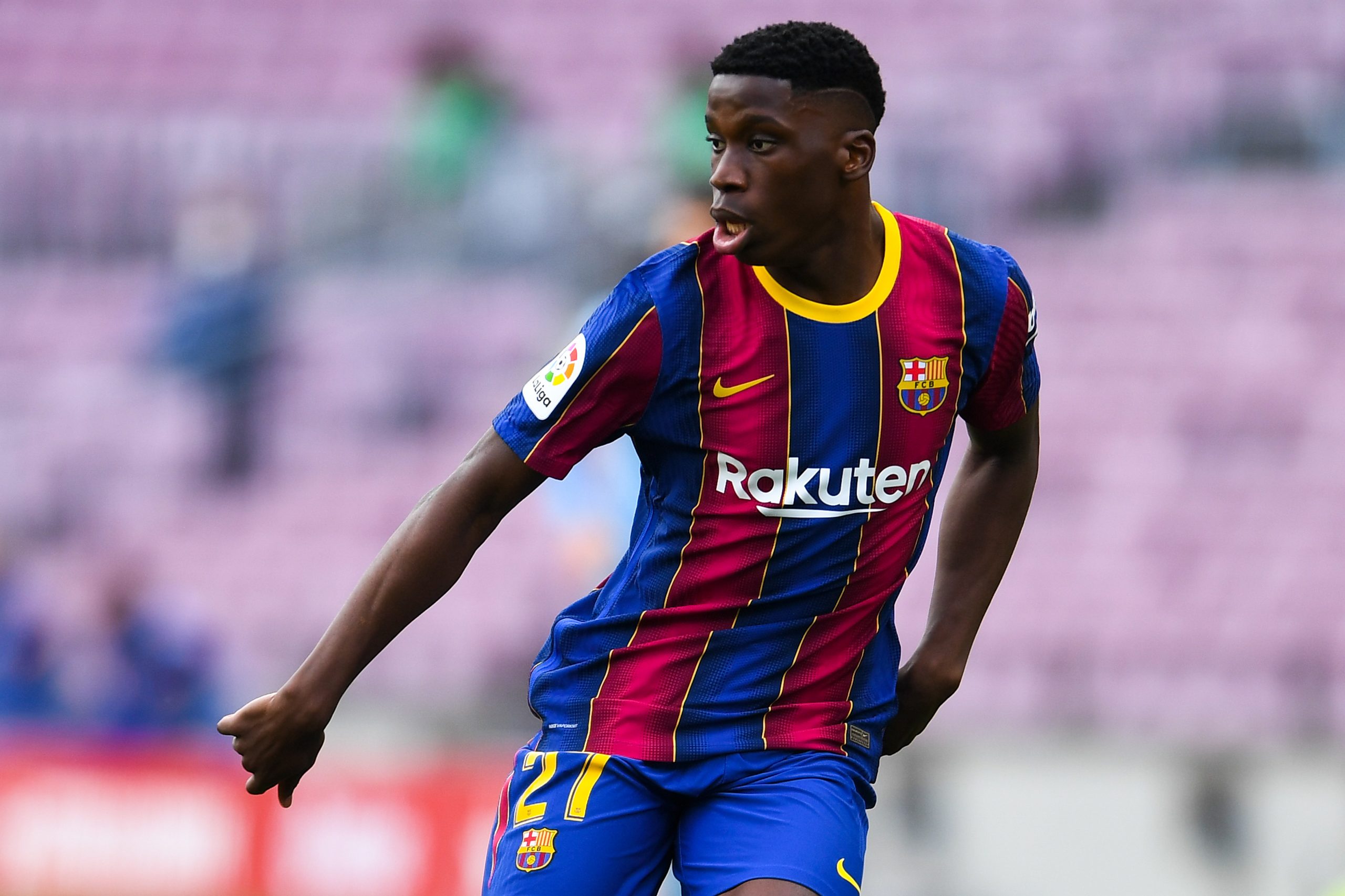 Ilaix Moriba had the world at his feet in his last season at Barcelona. The youngster from Juvenil A was given a rare direct promotion to the first team and was a regular player under Ronald Koeman.

The teenager was given priority over players like Phillipe Coutinho and Riqui Puig, who spent hours on end on the bench struggling to impress.

However, the youngster’s environment felt that an economical upgrade was necessary for Ilaix to continue at the club. The player was frozen out of first-team action over disagreements over wages and eventually moved on a free transfer to RB Leipzig.

His move to Germany did not turn out to be all roses, for Ilaix struggled to get minutes under his belt. Now, Leipzig are said to be fed up with his inability to gel with the rest of the team or understand their style of play. Consequently, they are looking to loan him out for the rest of the season.

According to El Nacional, Real Madrid is on the list of potential suitors, a choice that would boil the blood of Barcelona fans if the youngster opts for it. Florentino Perez is looking for midfield replacements to cover for Toni Kroos, Luka Modric and Casemiro, and Moriba emerges as a possibility.

The fact that Leipzig do not want to trade him to any Bundesliga opposition narrows down his options. Moreover, since they want him to play for a top European club, his options seem highly restricted to Spain or England.

The possibility of a return to Camp Nou is close to zero, as Joan Laporta has decided not to forgive the teenager who opted for money over the pride of the club.