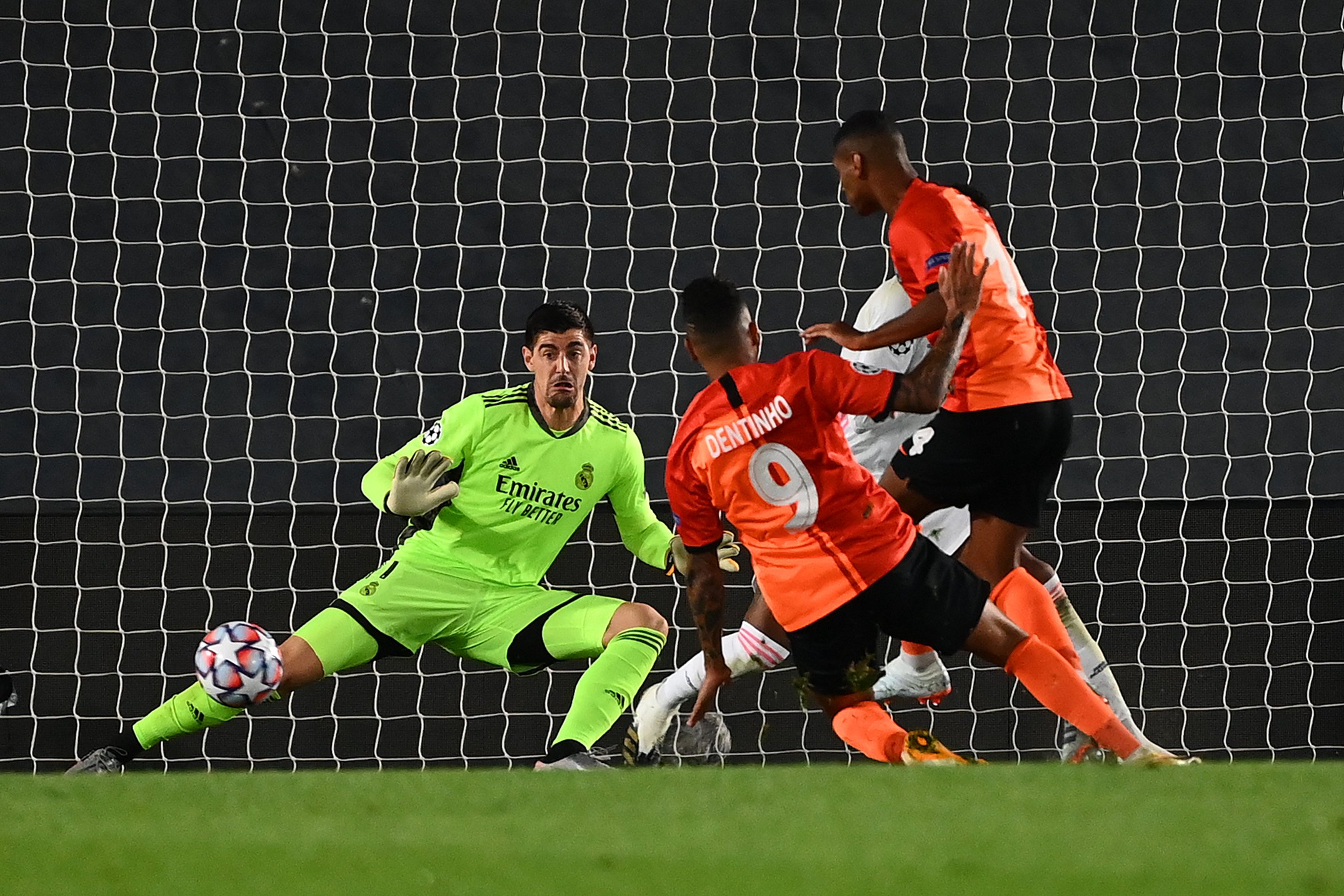 Real Madrid started their first Champions League game of the season awfully with a 3-2 loss at home to Ukrainian giants Shakhtar Donetsk. The Ukrainian side, which was amputated from a few of their players, had an excellent first half and annihilated Madrid, who had a torrid night at the back. For example. Raphael Varane had a horrid game, scoring an own goal and looking lost without Sergio Ramos at the back.

Having already lost on the weekend to Cadiz in the league, Real Madrid look like half of the team that won the league in July and Zinedine Zidane has to get the spirits up before the most important game of the campaign, El Clasico. The Merengues’ campaign started with a 0-0 draw at Anoeta, and they struggled to beat Real Betis, and Valladolid afterward. Much like Barcelona after the Getafe defeat, Madrid needed to lift their spirits up in the Champions League against a relatively weaker side at home, but unlike their rivals, Los Blancos lost and go into El Clasico in poor form.

In contrast, Barcelona looked rubbish against Getafe, away from home, but gained confidence against Ferencvaros as their youngsters, in Pedri, Ansu Fati or Sergiño Dest, had excellent games at Camp Nou. Barça also never looked as bad as Madrid did this season as they had shaken off the Balaidos curse but struggled against Sevilla at home. However, they weren’t dominated against Sevilla so Los Culés must win this El Clasico to show their dominance after a trophyless season in 2019/20.

Nonetheless, Madrid did show a lot of fight against Shakhtar and even equalised before Federico Valverde’s strike was disallowed by VAR, so they must be respected. Barcelona have to neutralise the Merengues’ capacity to make something out of nothing, especially after seeing Luka Modric’s strike and Fede Valverde’s disallowed thunderbolt.