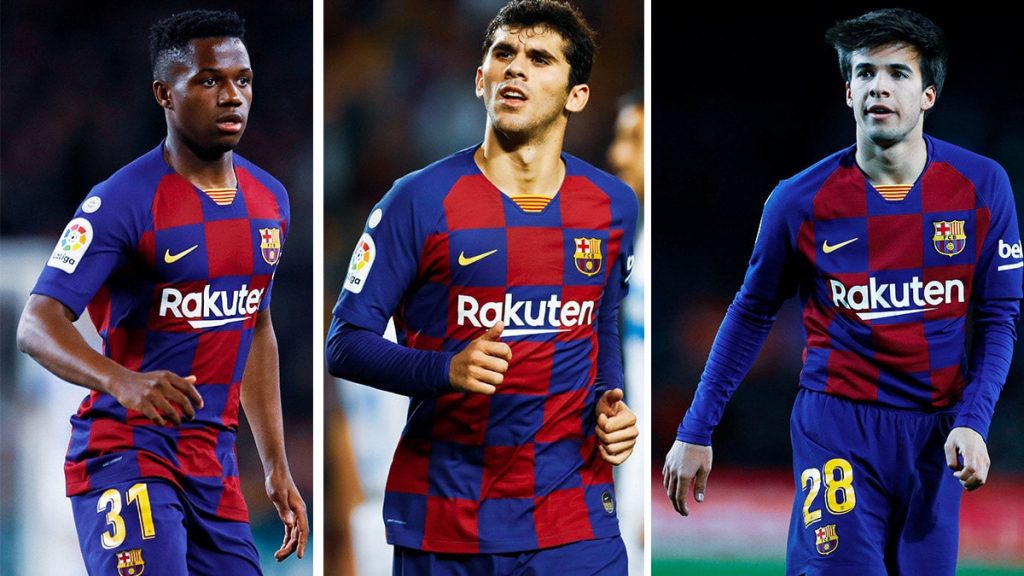 Barça and Betis’ good relationship is set to amplify as the Verdiblancos want no less than seven Blaugrana players, according to Spanish newspaper Sport.

Barcelona look to offload a lot of players as they have a big wage bill. Also, some players would benefit from the game time they’d get at the Benito Villamarín.

The first one is Carles Aleña, who is already playing for the Andalusian side and Betis want to extend his loan until next year.

Betis are also believed to be interested in another bright Blaugrana midfielder in Riqui Puig. The lack of playing time he’s getting in Catalunya might make him inclined to play for Rubi’s side.

Junior Firpo is also another player who has suffered from a lack of playing time since his transfer from the Verdiblancos. It is rumored that Betis have inquired about the left-back, but there is nothing concrete yet between the two clubs. Barça is stuck between two minds with Firpo and is thinking about including him in the Lautaro deal.

Betis also look to bolster their attack as they’re enquiring about Ansu Fati, Pedri, and Francisco Trincão. Fati is already regarded as a first-team player, and it is highly unlikely he’ll leave, even on loan. Whereas Pedri and Trincao could benefit from the playing time in Seville and a loan move would be adequate for both players.