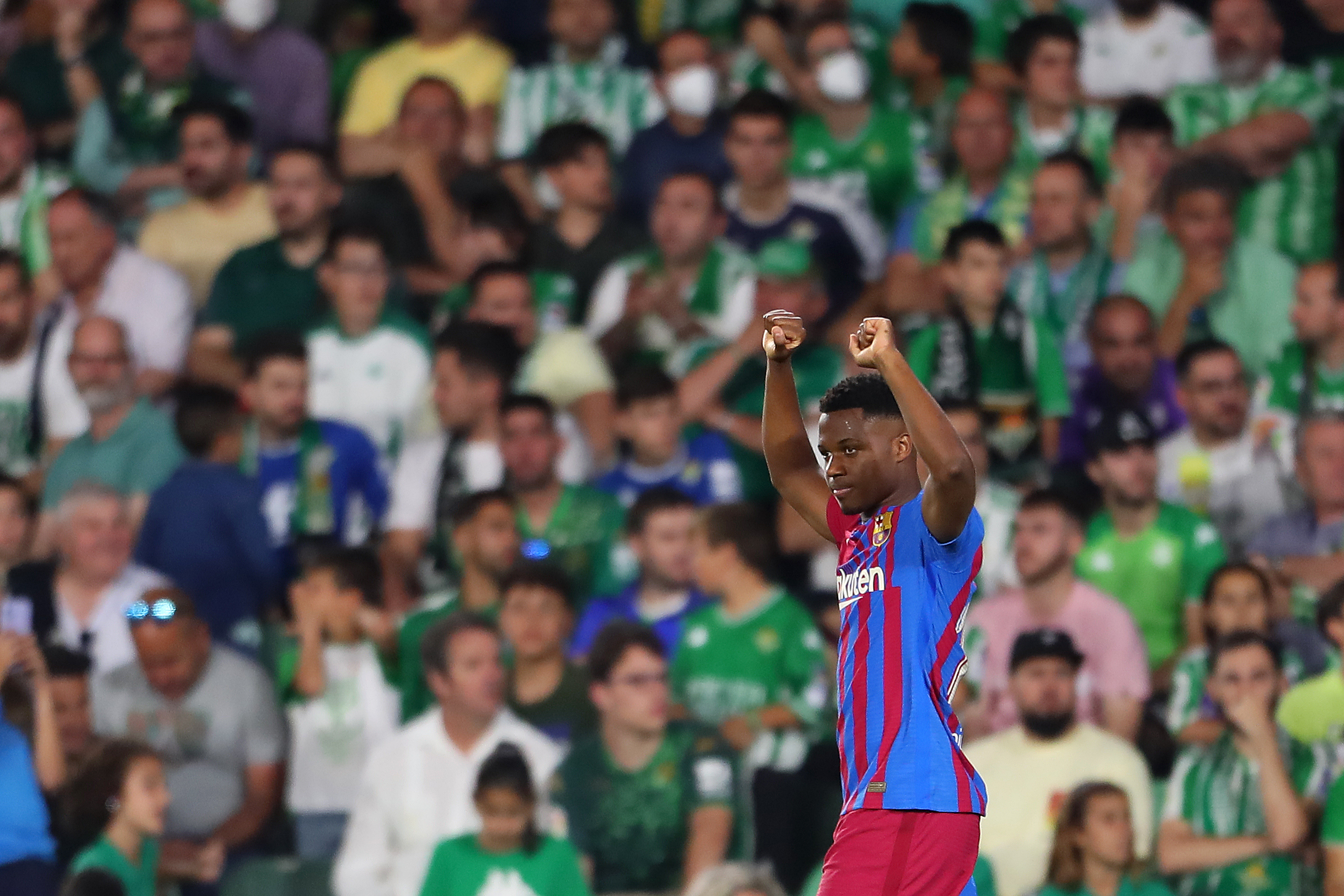 Despite the title race having concluded last week, the clash between Barcelona and Real Betis on Saturday had both sides playing with incentive.

For the Blaugranas, a win on the night would secure a spot in next season’s UEFA Champions League irrespective of future results. Meanwhile, the hosts found themselves in a must-win situation to keep their dream for a European spot alive.

Xavi made three changes from the side that beat Mallorca last week. Marc Andre ter Stegen was unavailable through illness, and Neto took his spot in between the sticks. Eric Garcia replaced the injured Gerard Pique in central defense while Pierre-Emerick Aubameyang was benched for Ousmane Dembele in the attack.

The game began with Barcelona pushing, but Betis had the first chance of the night. Borja Iglesias did well to find Juanmi in the seventh minute of the game. The winger got the better of Dani Alves and went for goal, but his shot was off target.

In the 16th minute, Real Betis goalkeeper Claudio Bravo went down injured and had to be replaced by Rui Silva. If one thought that would make Barcelona’s night easier, they would be in for a big shock.

Two minutes into his spell on the field, Silva pulled off a magnificent save to deny Barcelona an opener. Memphis Depay sent in a perfect delivery to Ronald Araujo who made no mistake with his header. However, the substitute goalkeeper displayed unreal reflexes to keep the ball out and grab the rebound.

The hosts created a magical buildup in the 29th minute to create a threat in Barcelona’s box. The move began with Guardado finding Canales who controlled the ball and laid it off for Rodriguez. However, the forward’s shot hit the woodwork and the score remained 0-0.

The first half ended scoreless with both backup goalkeepers doing well to keep their sides in the game. Yet, there was a feeling that goals were missing from what was an enthralling match.

Two minutes into the second half, Barcelona did well to pressurize Rui Silva. The Catalans’ high press got to the shot stopper’s nerves and forced him into a misplaced pass. The ball fell straight to Dembele, but the Frenchman could not capitalise on his chance.

Jordi Alba was seemingly injured at the hour mark when he tried to take on Canales on the wing. However, he refused to be taken off and played on.

Alex Moreno found himself in acres of space in the 64th minute. The Spaniard found the right cross to Juanmi, but the winger’s volley was saved by Neto.

Xavi made three changes in the next ten minutes, with Aubameyang, Traore, and Fati coming on for Depay, Dembele and Torres.

Less than a minute after coming on, Ansu Fati made the difference for Barcelona. The teenager has proven to have a phenomenal impact as a substitute in the past, and Saturday night saw more of the same.

He received a cross from the edge of the area, and took a touch away from the defender before firing a soft shot past Rui Silva in style.

Real Betis did not take long to respond, however, and the visitor’s joy was cut short. The equaliser came through a Marc Bartra header that was made possible through Nabil Fekir’s perfect free-kick.

Two minutes later, Fekir’s delivery to Pezzala gave Betis a chance to go 2-1 up at the Benito Villamarin. The player’s header was in Iglesias’ path, but the striker could not finish it despite his best attempt.

The game seemed set to end in a draw until Jordi Alba pulled a rabbit out of his hat. Betis’ poor clearance was controlled by Adama who found Alves on the right-wing. The Brazilian crossed a lovely ball to Alba who sensationally struck the ball past Rui Silva to give Barcelona the win. With this win, the Catalans qualify for the Champions League next season.