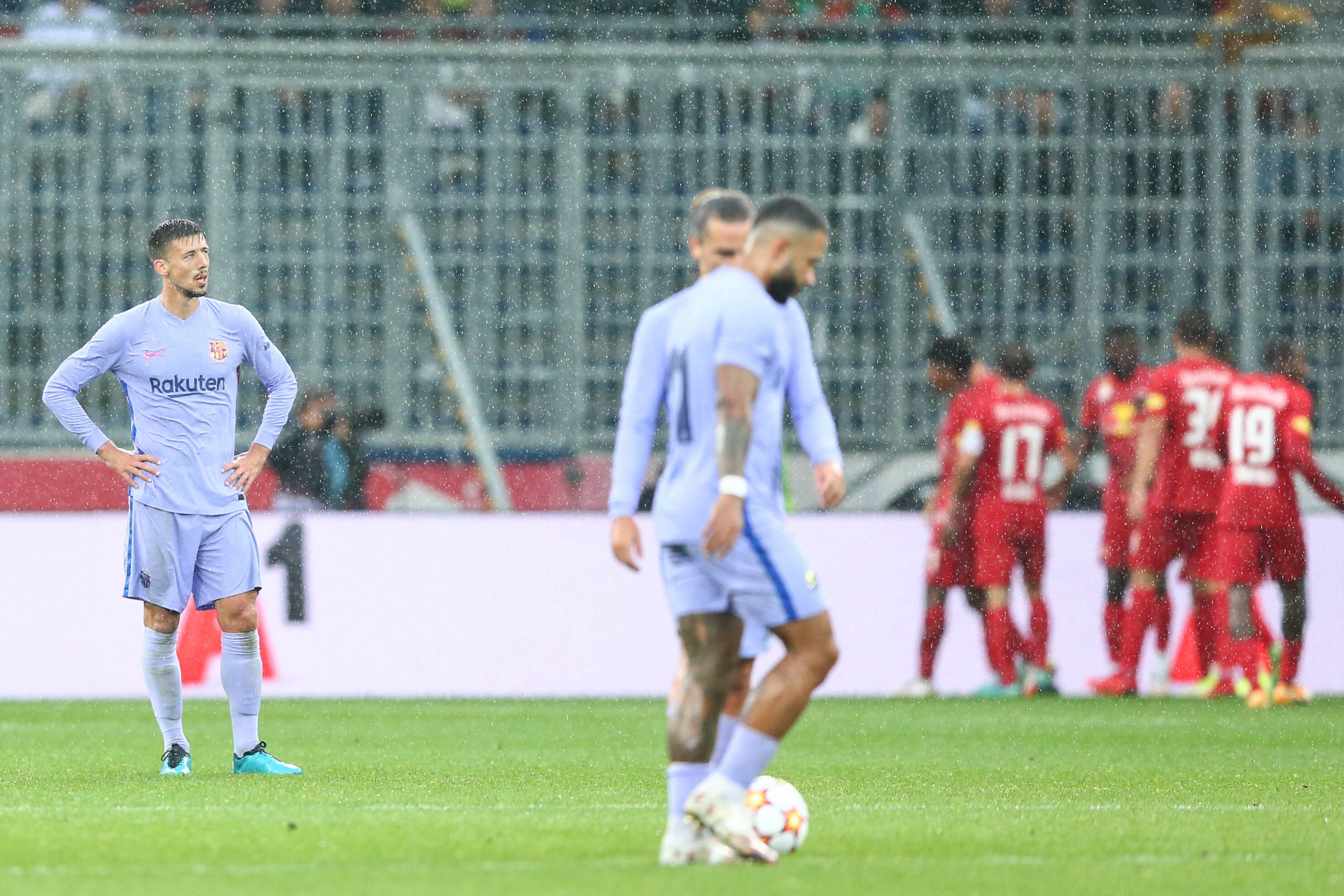 Ronald Koeman opted for a 3-5-2 perhaps with the intention to counter RB Salsburg’s 4312, but for most of the first half his tactical experiment was an utter failure.

The opening twenty minutes of the match were rather stale. Few chances came for either side for the first quarter of the game. The hosts implemented an asphyxiating press on all angles and had no fear whatsoever of making fouls if it meant halting the Blaugrana. Barça meanwhile struggled to cope with any of the pressure imposed on them.

As the game wore on, more chances began to pop up. From out wide, the likes of Memphis Depay, Sergino Dest, and Jordi Alba fashioned a number of good goal-scoring chances. In one action Depay needed only pass to Antoine Griezmann who was in space to score. The visitors enjoyed some attacking freedom for around a ten-minute period, but everything changed in the last ten minutes of the half.

The fouls continued to increase and the Catalans were more and more disoriented. Ronald Araujo saved his defence’s blushes time and time again, but the relentless pressure from Salsburg would eventually end up in a goal of some sort. They created two clear-cut chances and failed to score, but the lone goal of the half came in quite spectacular fashion.

Having won the ball from the halfway line, Antoine Bernèdewon the ball and immediately launched a counterattack. He laid the ball off to Luka Sucic, who then hit an absolute belter from outside the box, catching Neto Murara completely off guard.

Just before the half drew to a close, the hosts had one more goal-scoring chance, which Ronald Araujo again expertly handled. The Catalans went into the break outclassed, out of breath, and one goal down.

Much like the first half, the second began with Barcelona on the backfoot. As a result of the three at the back formation, Red Bull benefited from numerous counterattack opportunities. Barcelona’s only saving grace was Ronald Araujo, who kept the hosts doubling their lead not once but twice within the first ten minutes of the second half.

Only after Ronald Koeman made his substitutions did Barcelona achieve some sort of balance. The Catalans still did concede corners and counter-attacks, but they attacked a tad bit more and conceded chances at a lower frequency. Substitute Alejandro Balde took Barcelona’s first significant shot on goal. Not too long after he tried to set Martin Braithwaite up for a shot.

Memphis Depay proved Barcelona’s most consistent attacking threat in the match. The Catalans’ offensive pressure grew even more with the introduction of Yusuf Demir and Riqui Puig. The Catalans now had a presence to offer dribbles into the final third and keep defenders occupied.

Sergino Dest, who up until the 80th minute had been rather quiet, ended his side’s goal drought. He made a run into the box with little to no pressure, and on his weak foot attempted a shot on goal. It took a crude deflection off an opposing center-back, then rebounded off of Braithwaite who unintentionally leveled the score.

With two minutes to go, Salzburg nearly retook their lead. Their half-chance ended with Dest seemingly handling the ball, but it mattered not, as they would soon score. With the ball striking the post, Brenden Aaranson capitalised on the loose ball and struck home a much-deserved winner. 2-1 the final result in the dying embers of the game.

For Barcelona it’s back to the drawing board. Their next game is against Juventus in the Camp Nou.