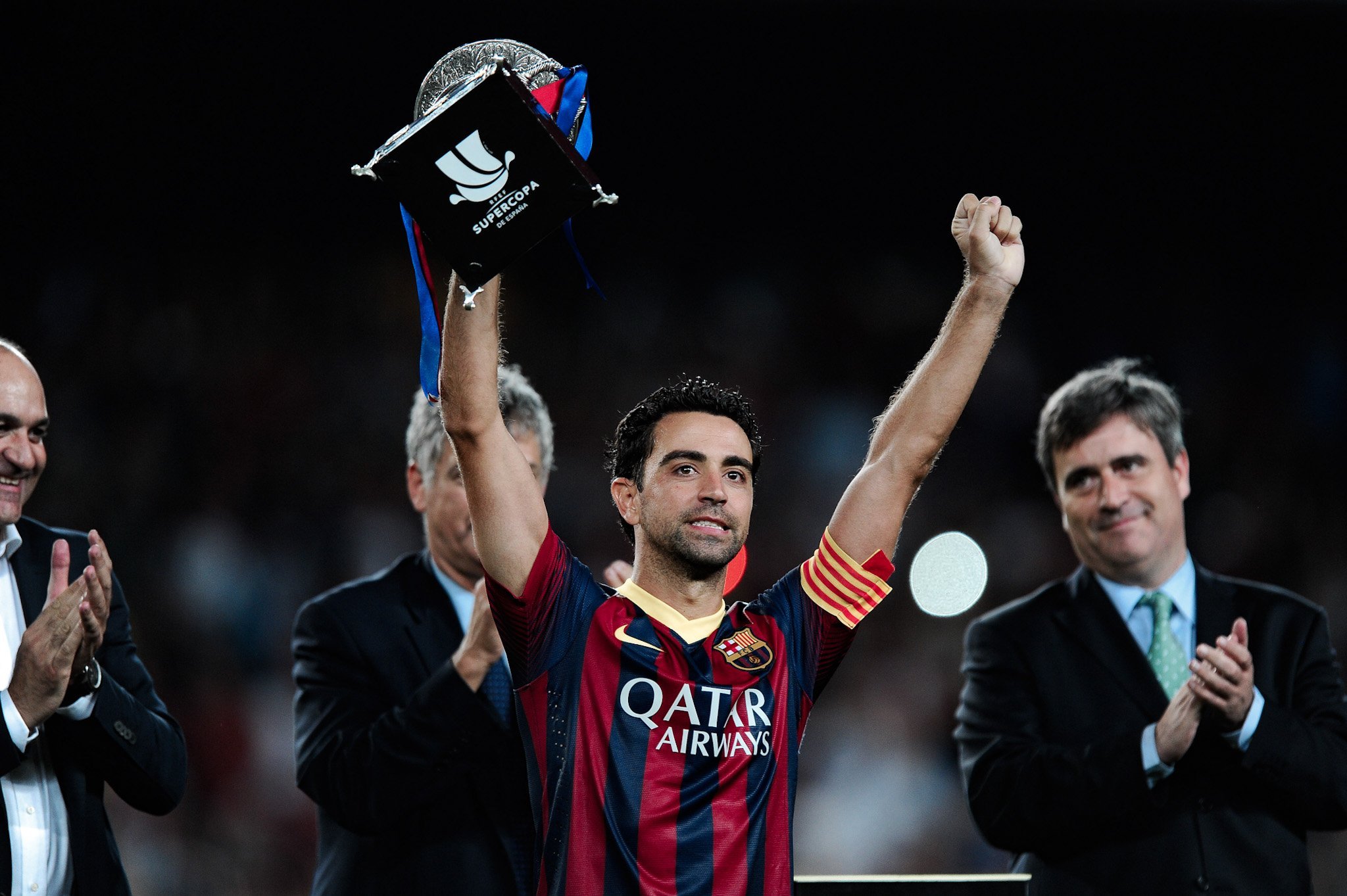 The greatest ever quotes on FC Barcelona legend Xavi. Don’t miss anything that is said about the Spain international.

• Santi Cazorla: “There will never be a player like Xavi. I was fortunate to play with him and I learned something new every day. He’s a player that made the difficult look easy, simplifying everything.”

• Lionel Messi: “He is the best player in the history of Spanish football.”

• Hristo Stoichkov: If we’re talking about Xavi, we’re talking about a legend in world football, a genuine legend. From the very first game to the very last game he has been the most decisive player at Barcelona, the player who has done more for Barcelona than anyone else, the player who has lifted more trophies than anyone else, ever. That’s Xavi Hernández. There will be a Before Xavi and an After Xavi.”

“If Xavi has a bad day then Barcelona do not play half as well. He is the one that sets the rhythm of the game. His play allows the team to function. He’s different.”

• Ander Herrera: “Xavi is unique; there won’t be another player like him. The style of Barcelona and the national team was forged through him.”

• Cesc Fabregas: “One of the big mistakes people make is to talk about who can be the next Xavi, to keep looking for him. We waste time constantly looking for the replacement for Xavi? There will never be another Xavi.”

• Andres Iniesta: “I have run out of compliments for him. There is no-one who can compare to what he represents as a person and a player. His statistics, the years, the feelings he conjures up, his way of doing things are beyond words. He is a unique player, unrepeatable and he has been fundamental to the club and Spain. It is a true pleasure and privilege to have played alongside him for my entire career.”

“It wasn’t really Messi who was the problem. It was Iniesta and Xavi. They can keep the ball all night long.”

• Pep Guardiola: “I hope future players learn from him in the way that I learned from his love for the game. There wasn’t a single day went by when I didn’t see him enjoy it. There would be a friendly and he would play. When he was injured, he would play, or he would do everything to be back soon. He is the most amateur player I know, and at the same time the most professional player too, such is his love for football.”

•  Julen Lopetegui: “Xavi changed football. He helped us to build, or to see, a new player profile that ended up running through all levels of the national team. He killed off the myth of physicality being above all else and opened people’s eyes to the qualities of small, technical players, proving that you can attack and also defend with the ball. There are lots of players who win things, but few who lay down concepts, ideas, who change the way we think, and Xavi did that.”

• Jamie Carragher: “He is the best Spanish player of all time and the finest midfielder of his type I have seen. Growing up, the midfield orchestrators were Lothar Matthaus and Frank Rijkaard. More recently, we have marvelled at Juventus’s Andrea Pirlo, who will be trying to ruin Xavi’s send-off on Saturday night. We don’t make players of that type in Britain. Xavi, however, is on another level.”

“He is the best player in the history of Spanish football.”

• Jorge Voldano: “If football was a science, Xavi would have discovered the formula. With a ball at his feet, no one else has ever communicated so intelligently with every player on the pitch.”

•  Johan Cruyff: “If Xavi has a bad day then Barcelona do not play half as well. He is the one that sets the rhythm of the game. His play allows the team to function. He’s different.”

• Iker Casillas: “People ask me every year who [I’d] take out of the Barcelona team to give us a better chance of winning and every year I tell them the same: Xavi. His control and use of the ball make him their best player.”

“One of the big mistakes people make is to talk about who can be the next Xavi, to keep looking for him. We waste time constantly looking for the replacement for Xavi? There will never be another Xavi.”

• Thiago Alcantara: “Xavi is eternal. Even when he is not at his very best level physically, he plays a kind of football that gives oxygen to a team, play, speed. It makes me sad to think that I won’t be able to watch Xavi [in Europe] for more time. He’ll always have that level. He is football. He is one of those players that has made Barcelona what it is today.”

• Gerard Pique: “He signifies our way of playing, the culture of La Masía, everything. He is one of those emblematic players who have helped to make Barcelona even bigger.”

• Sir Alex Ferguson:“It wasn’t really Messi who was the problem. It was Iniesta and Xavi. They can keep the ball all night long.”