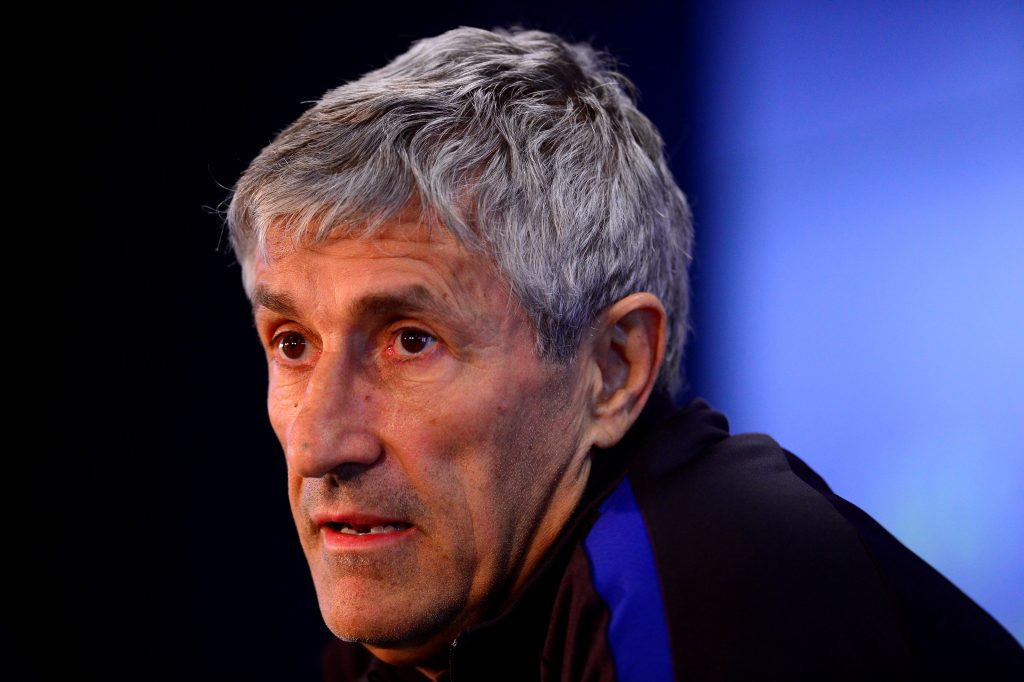 Barcelona coach Quique Setién has spoken in the press conference ahead of tomorrow night’s game vs. Athletic Bilbao at the Camp Nou. The coach remains optimistic about winning the league, even though it is not in the hands of the Blaugrana anymore, after dropping 2 points away against Sevilla last Friday.

“We still have the same amount of points as Madrid. Now the margin of error is smaller, but it’s also for them. Madrid cannot make any mistakes. Many leagues are decided in the end, there are 8 games left. Madrid still have to play difficult games, like us.”

“I will focus exclusively on ourselves. We have some football problems, but I am very happy with many things we are doing. We have won two games, we have not conceded a goal. We have done many things. The team has trained very well today, although there is still a bit of residual fatigue. We will try to keep the excitement and expectations we have, we are convinced that we can win La Liga. We will do everything possible.”

“The referees? There are things we can’t control and it’s not up to us. Everyone has seen yesterday’s game and everyone will have their conclusions. The VAR is a tool that can make football better, what we have to do is use it since it provides us a much clearer vision of reality.”

“Let’s hope that De Jong does not miss the rest of La Liga, the forecast depends on the evolution of his recovery, but surely he will be able to play a few games.”

“It’s difficult to explain the difference in our results at home and away from home, our approaches are the same. Perhaps the opponent comes to the Camp Nou with more fear. I can’t tell you.”

Coach Setién believes that the team has improved in a particular aspect, though: “An area where we improved in is winning the ball on the opposition’s half.”