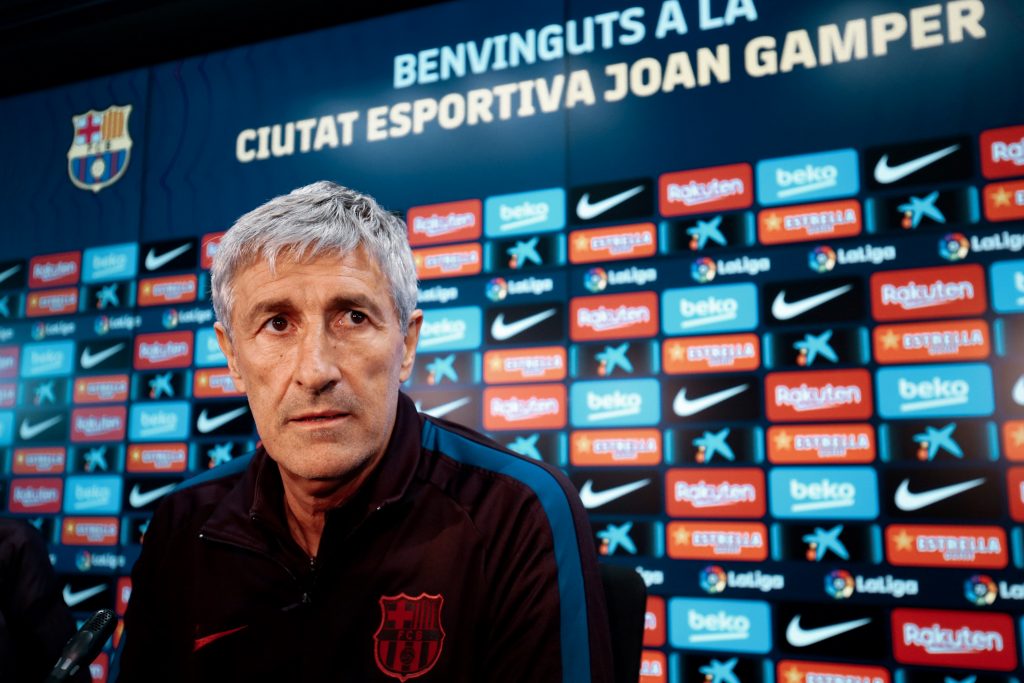 As Barça prepare to host Leganés at the Camp Nou on Tuesday 16 at 22:00 CET, manager Quique Setién talked in press conference ahead of the match.

“There will be rotations in the upcoming matches. I have to see how the fatigue affects the players and I have to try and get them to the end of the league in the best circumstances”

“I know that all players want to start, but I must think about the team as a whole”

“We prefer to play with the crowd’s support, but we know it’s not possible and we have to adapt. The team must overcome the fact that there are no fans in order to progress in the next matches. But football sometimes surprises you”

“We and Madrid know that a loss is unacceptable”

“I was very surprised with the eagerness and readiness of the players when they returned. They are prepared very well”

“Griezmann is a great player, no doubt. He has played many games and he’s proves his quality in them. But now there are more players and we must distribute the playing time. Griezmann will continue to play an important role for us. He’s an important player for us”

“Messi is the greatest player in the world and he scored a wonderful goal, but you must appreciate the rest of his contributions to the team. The other day he gave assisted twice and he helps the team score and gain points”

“Arturo is a very captivai player because he has many qualities that are important to the team. He gives the team extra energy and an extra boost and he always helps us. I’m very pleased with his performance”

“Marc was very good against Mallorca. The keeper is always blamed. It’s difficult to return after 3 months without touching a football”

“Suárez could start tomorrow or he could come off the bench. We must be careful with him because he sustains long term injuries. I haven’t decided if I will start him tomorrow. I have to talk to him first”