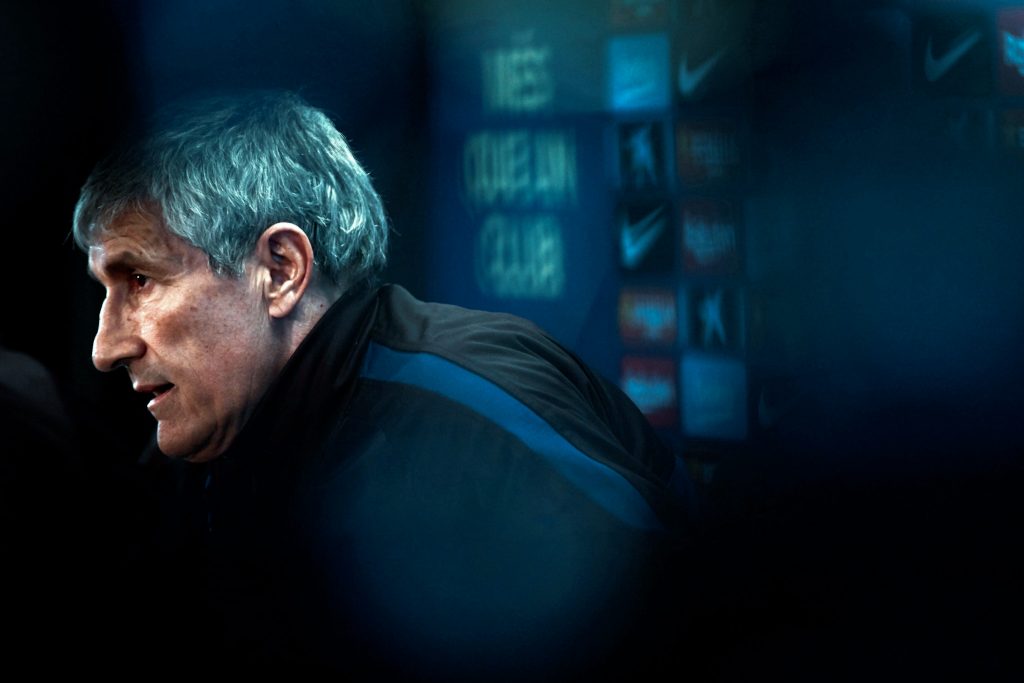 After dropping points for the second game in a row, it is looking very likely that Barcelona are out of the race for the league title. Barça coach Quique Setién spoke to the press ahead of tomorrow’s away game against Villarreal. Here is what he had to say:

“Tomorrow we play against one of the best teams since the return of La Liga. It is true that in terms of results, we have dropped points. If there was a time machine, I would use it to change some of the decisions I made. But La Liga isn’t over yet. We are in a tight spot, but we will fight till the end.”

On Messi’s future
“I haven’t heard Messi talk about this. He hasn’t told me anything about it and I have nothing to say, it’s not my task.”

On Griezmann
“I have spoken to Griezmann. He’s a professional player and he understands the situation. He will return to the pitch normally. We can count on him 100%.”

On his future at Barça
“I’m not spending a second to think about my future. All I’m thinking about is tomorrow’s game.

On Suárez
“It’s better if he is on the pitch because he is a player who can score many goals. We could give him some rest, but it depends on the game.”

On his meeting with Bartomeu
“I can’t say what happened between me and the president, but I feel that he wants me to continue next season.”

On Riqui Puig
“He has put on amazing performances and we are all proud of him. He deserves to play. He has to improve on some things, but he has a great future ahead of him.”

On the referees
“Now that I’m at Barcelona, there are some things that catch my attention. I will keep my opinion to myself because I might look at it from a less objective perspective.”

“Aspas’s freekick goal could’ve cost us the league. These small details can change everything.”