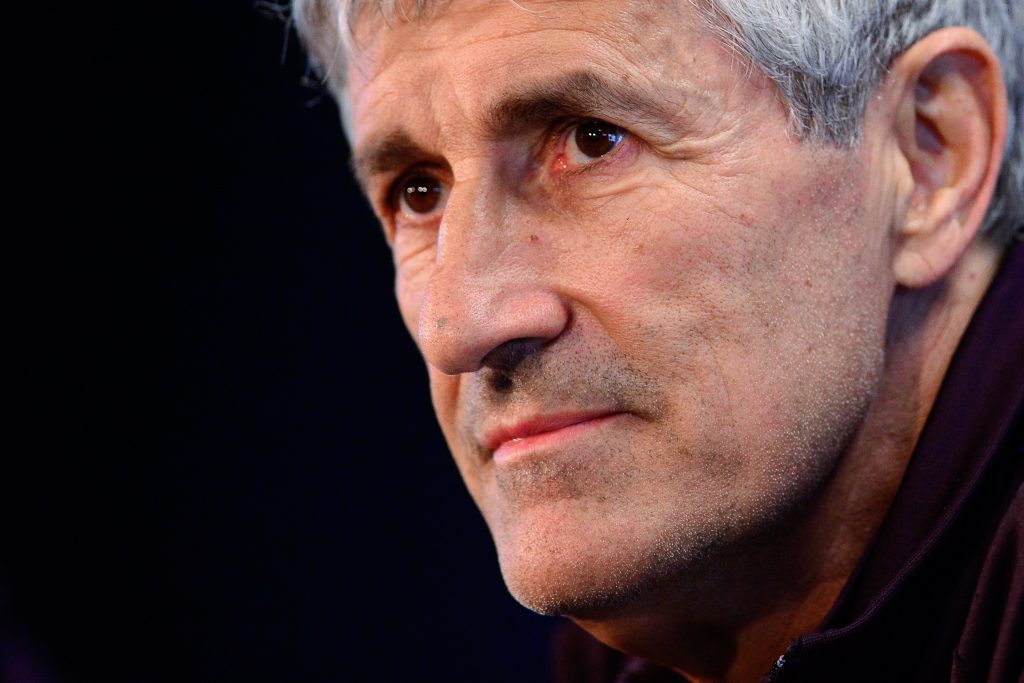 Tomorrow, FC Barcelona will face their not-so-noisy neighbours Espanyol at the Camp Nou. If the Blaugranes manage to win tomorrow, Espanyol will be officially relegated from La Liga. Barça manager Quique Setién spoke to the press ahead of tomorrow’s derby. Here is what he had to say:

On Espanyol being on the verge of relegation
“It is true that they’re in a difficult situation, but that doesn’t matter in a derby. We must perform in the best way possible.”

“The club is happy with our work. Results are one thing, and feelings are another. We’re happy with our work in the last few days. We must fight till the end. It is true that we’re in a difficult position, but we will not give up.”

On VAR
“We hope it improves.”

Pjanić is starting with Juve but Arthur isn’t starting with Barça?
“It’s not the same situation. Arthur’s participation depends on the tactics of the game. He’s still training with the team and he’s eager to continue.”

On De Jong
“He’s better now. He trained with the team today and he’s improving.”

On Ansu Fati
“He’s improving a lot. We’re happy with his performance level and his development.”

On the MSG trident
“The MSG showed their quality. Everyone felt the same way; they were brilliant against Villarreal.”

On Arthur
“He has signed for another club and he will be here till the end of the season. There’s nothing else to add.”