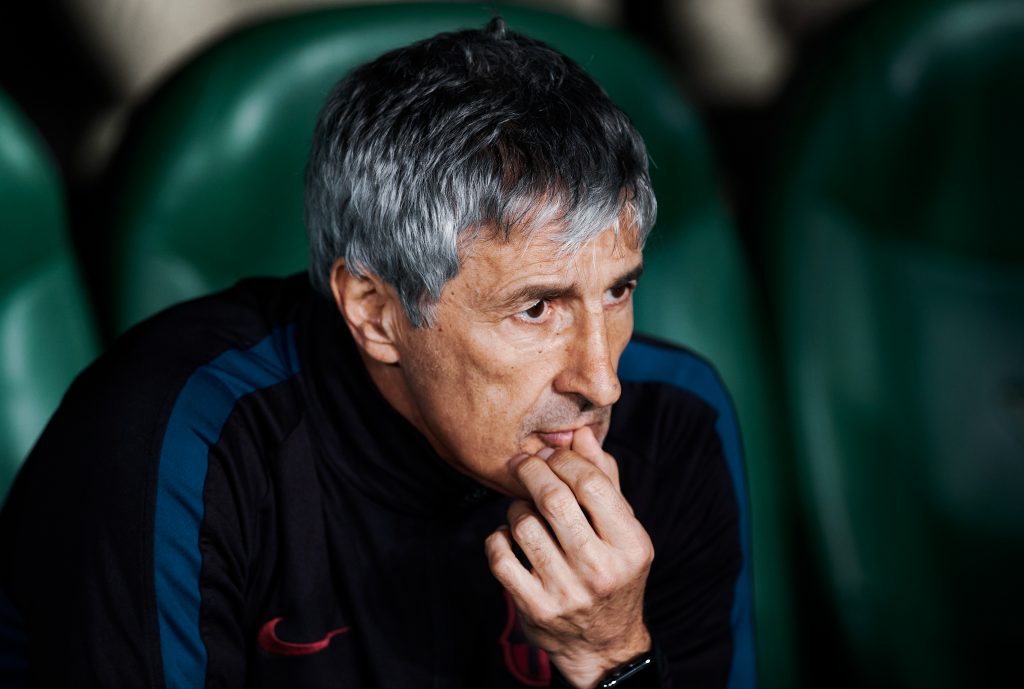 Barça coach Quique Setién spoke to the press after a disappointing 2-2 result against Diego Simeone’s Atletico Madrid at the Camp Nou. Here is what he said:

“It’s not easy to play against a team like Atletico, but I’m quite happy with the team’s game. We will continue to work hard.”

On the La Liga title race

“It’s a shame. The league has become more complicated and we have gone further away from winning the title.”

On Griezmann only getting 5 minutes

On rumours about him getting sacked

“I don’t feel I’m under the pressure of being sacked. I feel like I’m the coach of this team. I feel I have the support from the dressing room.”

On the team’s performance

“I’m happy about the players’ performances, but I’m disappointed with the result. I’m very happy with the team’s performance. Especially Vidal and Puig. Riqui understood his position and he did what we asked him to do very well.