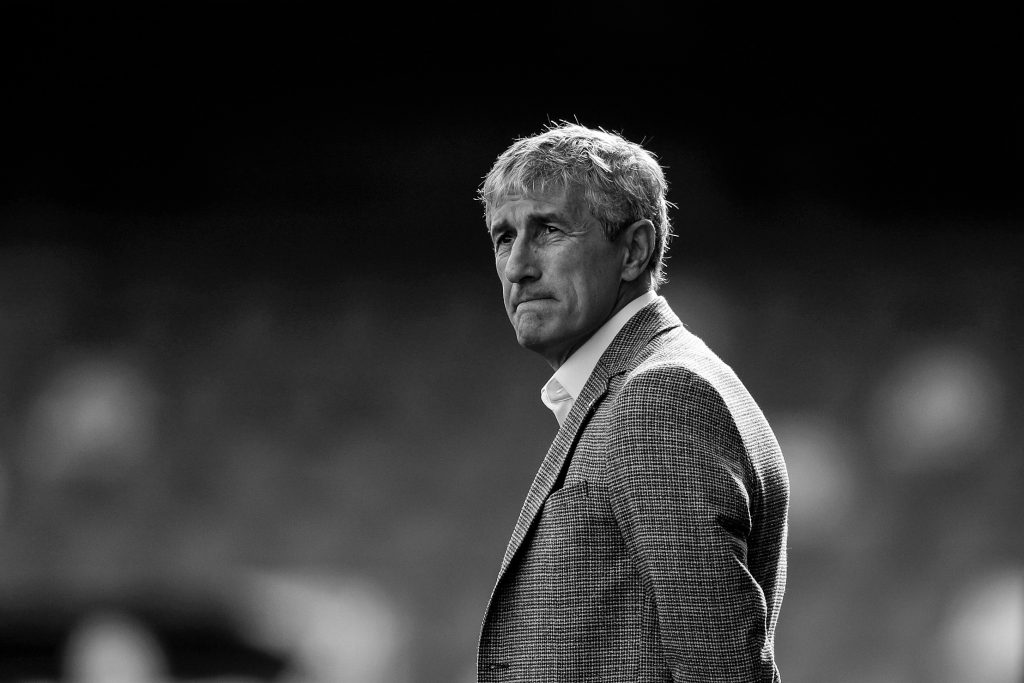 As problems accumulate for Barça after a disappointing draw against Sevilla, Quique Setién needs to be careful with his decisions and tactical approach.

FC Barcelona faltered again last night with a 0–0 draw against Sevilla, and coughed up its lead atop the table in that process. The league is now clearly Real Madrid’s for the taking. A win tomorrow night at Real Sociedad’s Anoeta would only get them level with Barça on points, but a better head-to-head with the blaugranas this term means the silverware would be handed to the madridistas even if the points were to remain tied.

In addition to this, Barça’s upcoming fixtures also look quite daunting in comparison to their nearest rivals. Beyond the tournaments, points or fixtures, however, manager Quique Setién has a distinct and more pressing problem at hand – and sadly it is nothing new, neither for him nor for his squad.

To say that Setién has had no impact on this team would be foolish. One only has to look at Barcelona’s first half against Sevilla for proof. The passes were sharp, the pressing quick and the team looked more organised. The problem was that, for all that pressing and quick passing, Barça did not have enough to show in the last third of the pitch, forget about goals. This was because Sevilla smartly created two lines of defence, effectively using a 5–4–1 formation, whenever the Catalans held the ball. This allowed the defenders to swarm around Lionel Messi and prevent him from creating his usual magic.

One should remember here what happened towards the end of Pep Guardiola’s tenure at Camp Nou. Teams would conveniently sit back and allow Barça to do their thing in the middle of the park. Whenever they found a chance, they would break the azulgranas on a counter-attack. Pep was at the receiving end of a lot of criticism then, for not having a back-up plan.

Things changed during the tenure of Luis Enrique, who forged a more direct approach. The fact that he had the service of Lionel Messi, a younger and more agile Luis Suárez, and Neymar Júnior terrorising defences in the left flank, helped. The ball could just be handed to one of those deadly three. They could always count on outscoring their opponents. And it worked too, as is evident by their triple trophies in 2015.

Fast forward to the present, what Setién has inherited is an older and slower version of that team. Messi is still Messi, but the faces around him have changed or grown old and ragged. Neymar is gone, Suárez is slower and Antoine Griezmann has not been effective enough to draw the defenders away from Leo. The problems therefore are compounded.

Griezmann’s troubles are simple enough. When the teams set up defensively with more bodies in the middle of the defense to ward off Messi, what chance would any other player who prefers to play centrally have? He would invariably end up lost amidst those defenders.

❛ It might have been good to bring Ansu on, we considered it, but decisions have to be made. Sevilla are a complicated rival and accumulating offensive players weakens you defensively ❜

There was a moment in the match last night towards the ninety-minute mark when Griezmann received the ball on the left wing outside the box, with space. But rather than accelerating, dribbling forward and connecting with someone inside the box, he stopped, hesitated and pulled it back. Any natural winger would have cruised in towards the box. But therein lays the problem. Barcelona’s best bet at wing play, Ousmane Dembélé, is still out injured. In his absence, the only real option is young Ansu Fati. The same kid who broke the deadlock against Leganés last week.

When the team desperately needs a goal with not much time to do it, who should the coach prefer? A youngster who saved the team in the previous match, or an experienced – and expensive – player who has been having quite a dry spell? It takes the right keys to open locks, an expensive key in the wrong lock is just another wrong key. Quique Setién would do well to remember that. For as much as the Barcelona faithful love the playing the game beautifully, once the results start drying up, it wouldn’t take them too long to turn against the manager.