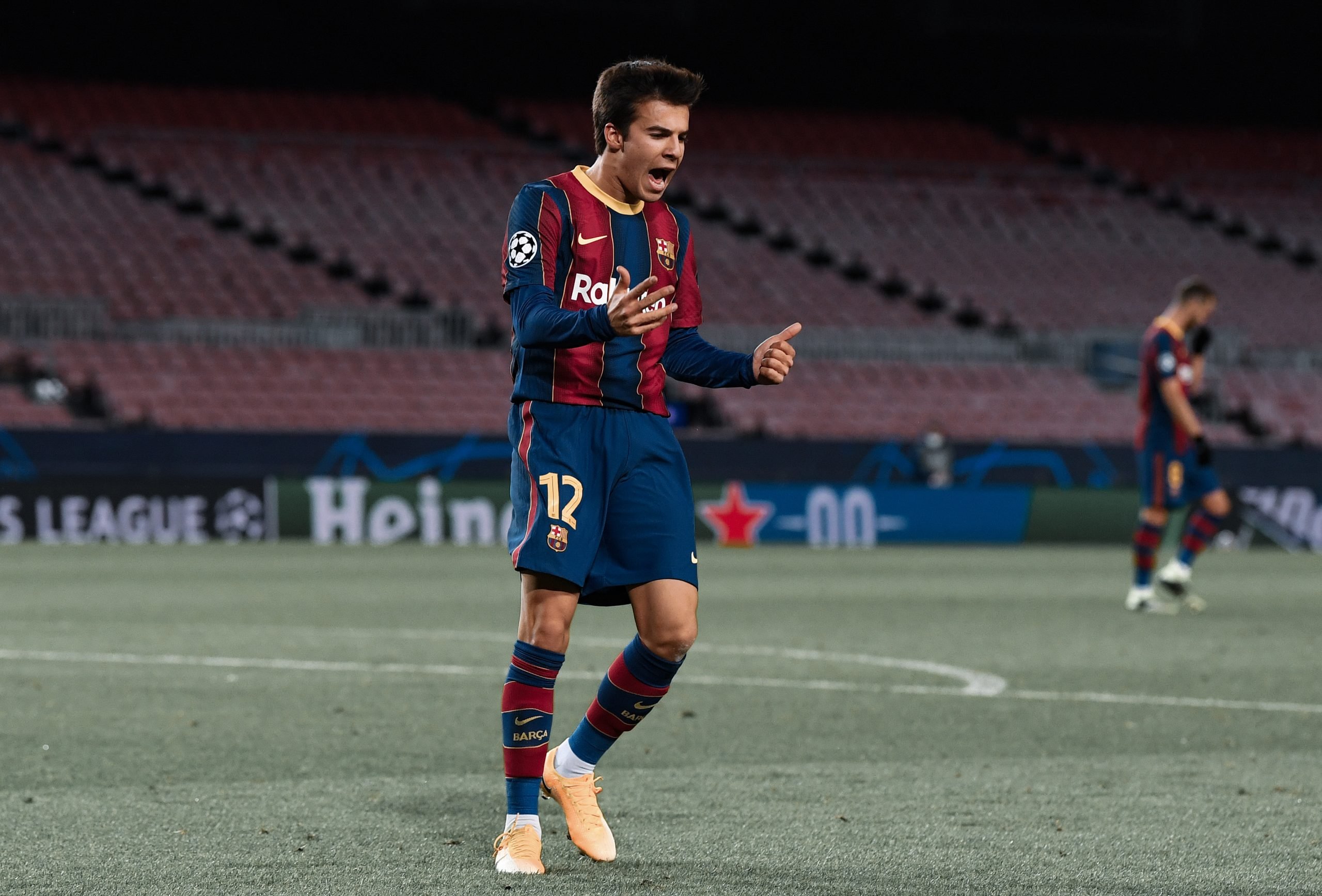 It has taken Ronald Koeman a good first part of the 2020/21 season, but it does seem like Barcelona are finally on an upward trajectory. Of course, while the three wins in a row confirm as much, these weren’t clashes against the Catalans’ main rivals and could be seen as somewhat ‘easier‘ fixtures.

Still, a win is a win and considering Barcelona have struggled against all kinds of opposition lately, this comes as a breath of fresh air. The latest 4-0 routing of Granada was especially enchanting to see, not least because we once again got a glimpse of what some fringe players can do when given a chance.

We are, of course, talking about Riqui Puig, arguably the biggest La Masia talent currently in the team, bar maybe Ansu Fati, and the one whose fate seems the cruellest as well. These two statements should not belong to a single sentence and yet, somehow, in some way, they do.

With his 17 minutes against Granada, the 21-year-old midfielder has increased his overall 20/21 tally to a total of 95 minutes, which, needless to say, is incredibly low. It does not take a big analyst to decipher that Koeman is not really a big fan of the youngster.

The reason behind that is still largely unknown but could, as alluded to by the coach himself, have something to do with Puig’s commitment in training and work rate in general. Unfortunately, whether that is true or not, we do not know at this moment and will likely never find out.

What we do know, however, is that those 95 minutes were enough for Puig to dazzle the audience and completely take over games. It has to be noted, though, that the only bigger chances he’s gotten so far have been in games that were already settled, one way or the other.

Looking at the stats and the end-result, Puig’s introduction would always occur in the latter stages of the matches with Barcelona 4-0 up against Granada (17 minutes), 2-0 up against Dynamo Kyiv (25 minutes), 3-0 up against Ferencvárosi (25 minutes) and 3-0 down against Juventus (24 minutes) respectively.

It goes without saying that the youngster is a fringe player through and through, regardless of his talent. But even with so little time to demonstrate his skill, Puig has been a clear standout performer in all of those games. Let’s take the latest game, the one against Granada, as an example.

The 21-year-old needed only 17 minutes to dominate the opposition completely, dictate play and emerge as a big piece of the whole jigsaw. According to SofaScore, he completed 21/23 of his passes (91% accuracy), one long ball, registered 26 touches and completed one dribble.

Considering he’s done all of that in just 17 minutes, it’s quite impressive, to say the least. The eye-test confirms what the data has initially suggested – Puig was heavily involved in all aspects of Barcelona’s play.

He was dropping deep to assist the build-up, staying active and moving around the pitch, connecting the thirds and creating chances. He has played in multiple roles on the pitch and it seems clear that there is no hindrance to his game. Don’t forget that it was his piercing pass that provoked Jesús Vallejo into making a reckless challenge on Martin Braithwaite, ultimately resulting in the red card.

And yes, the game had already been done and dusted by that point, but Puig was toying with the opposition nonetheless. To some, this may come as a key argument. Considering that he’s not a starter and only comes on when matches are no longer a contest, it does lower the competition level as a whole.

The 21-year-old faces the opposition when they are tired and already beaten or have already won the game anyway, so they don’t care as much anymore. That side of the argument is valid but should it diminish his performances?

While the state of the game may affect the opposition, it stands to reason that the player coming on only as a late and largely irrelevant sub would experience the same thing. Why would Puig care about his overall display if he is so inconsequential in the first place?

But he still does care, and that shows on the pitch. Would his performances be as good as they are if he didn’t care? Highly unlikely. The other reason why this should be held against him is that there’s still a clear shift in Barcelona’s overall quality once he enters the pitch.

The play is massively accelerated, they seem more unpredictable, more creative, and deadlier in the attack at the end of the day. And yes, Granada were well beaten even prior to his introduction, courtesy of some Lionel Messi and Antoine Griezmann magic. However, Puig’s display was still worthy of praise and admiration.

If he can do that much damage to the opposition in so little time, imagine what he could do as a starter and with more game time under his belt. The alternative, however, while unpleasant, would at least give us enough clarity on the situation.

If Koeman decides to give Puig more chances from the very start of the game and the youngster keeps underperforming, the case would be closed. The Dutchman claims only the ones that deserve to play more will play more.

But in Puig’s case, this isn’t evident at all. He keeps performing well whenever selected, but that doesn’t seem to impact his overall game time at all. The latest cameo appearance against Granada is just another proof his expulsion is unwarranted.

Unfortunately, it seems Koeman’s mind is made up and it will take a colossal effort from the youngster to change it.