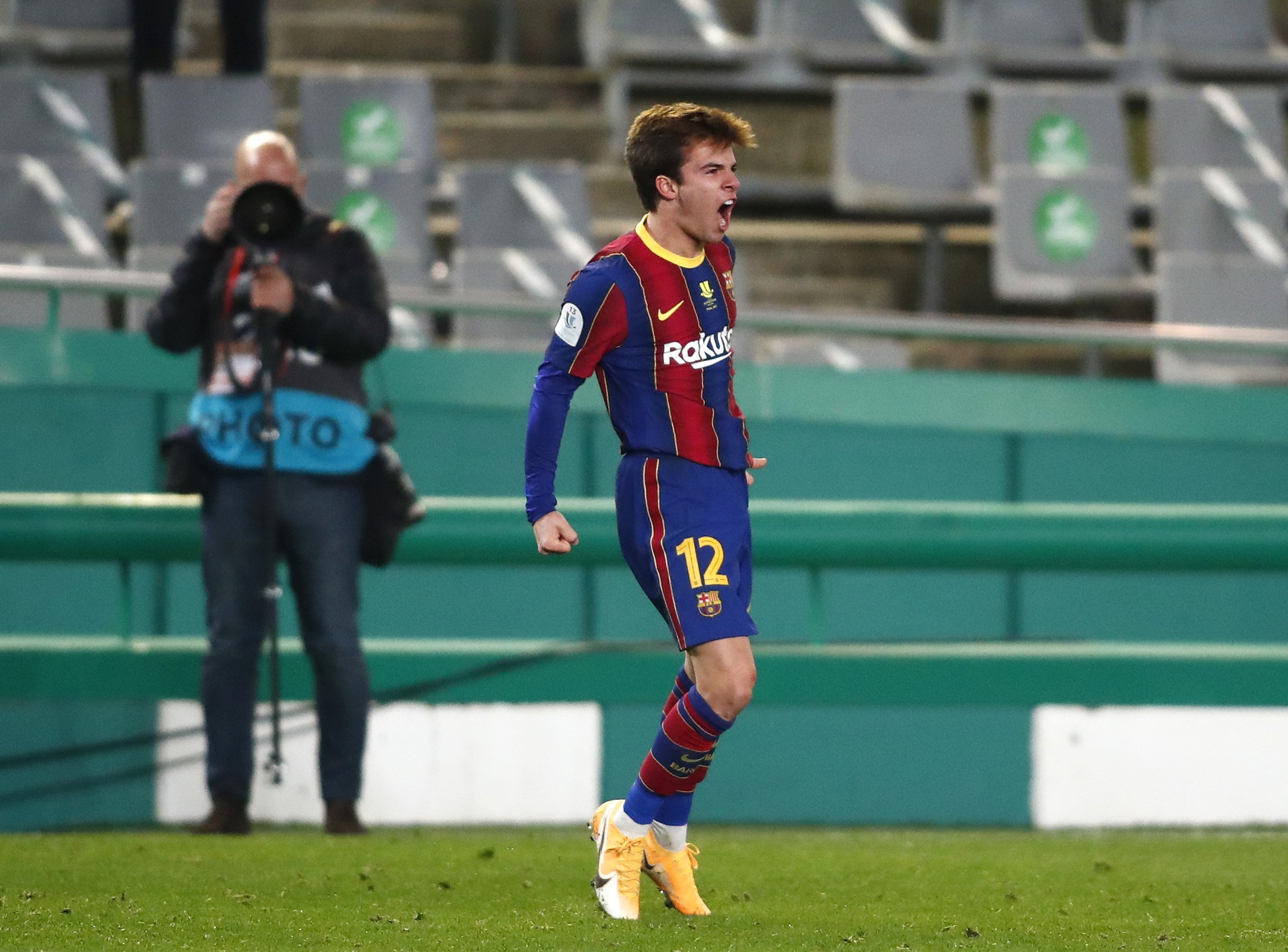 The Riqui Puig – Ronald Koeman saga at Barcelona takes yet another interesting turn, but this time for the better. As the semi-finals against Real Sociedad headed for Barcelona’s first penalty shoot-out in this century, fans were understandably nervous, especially given their history with penalties.

With Antoine Griezmann, Miralem Pjanic, Ousmane Dembele, and Frenkie de Jong on the pitch, four penalty takers out of five were almost pre-decided. The quest for the fifth, however, was fulfilled by Riqui Puig, who himself volunteered to take the fifth penalty.

With the pressure of the world, and more importantly Twitter on his shoulders, Puig stepped up to the task as he slotted the ball effortlessly past Alex Remiro in the bottom right corner of the goal.

“Koeman named four players who were going to take the penalty, and I asked for the fifth one,” Puig said in the post-game press conference (via Barça TV+).

The Dutch coach himself was also asked about the situation, to which he replied: “The last penalty? I had four names written down, and I asked who wanted to shoot the last one to win… Riqui wanted to take it, with determination.”

The La Masia graduate has developed a flaky relationship with Koeman this season, which has led to him playing no more than seven games, including zero starts. However, his attitude remains unaltered.

“I have never lost my smile. I am a happy kid. Even if I am not playing, I have my family, my health. If Koeman gives me minutes, I will try and take my chance. If not, keep working hard. I am never going to throw in the towel.”

After the game, the 21-year-old also got on his phone and took a video for Culés, saying: “Hello Culés! I hope you’re okay. Very happy to win and play in my first final! Visca Barça!”

At this point, given the nature of the season and the hectic calendar, the reasons not to play Puig remain few and far between. He understands the pressure he carries but is ready to deliver in any shape or form no matter what.