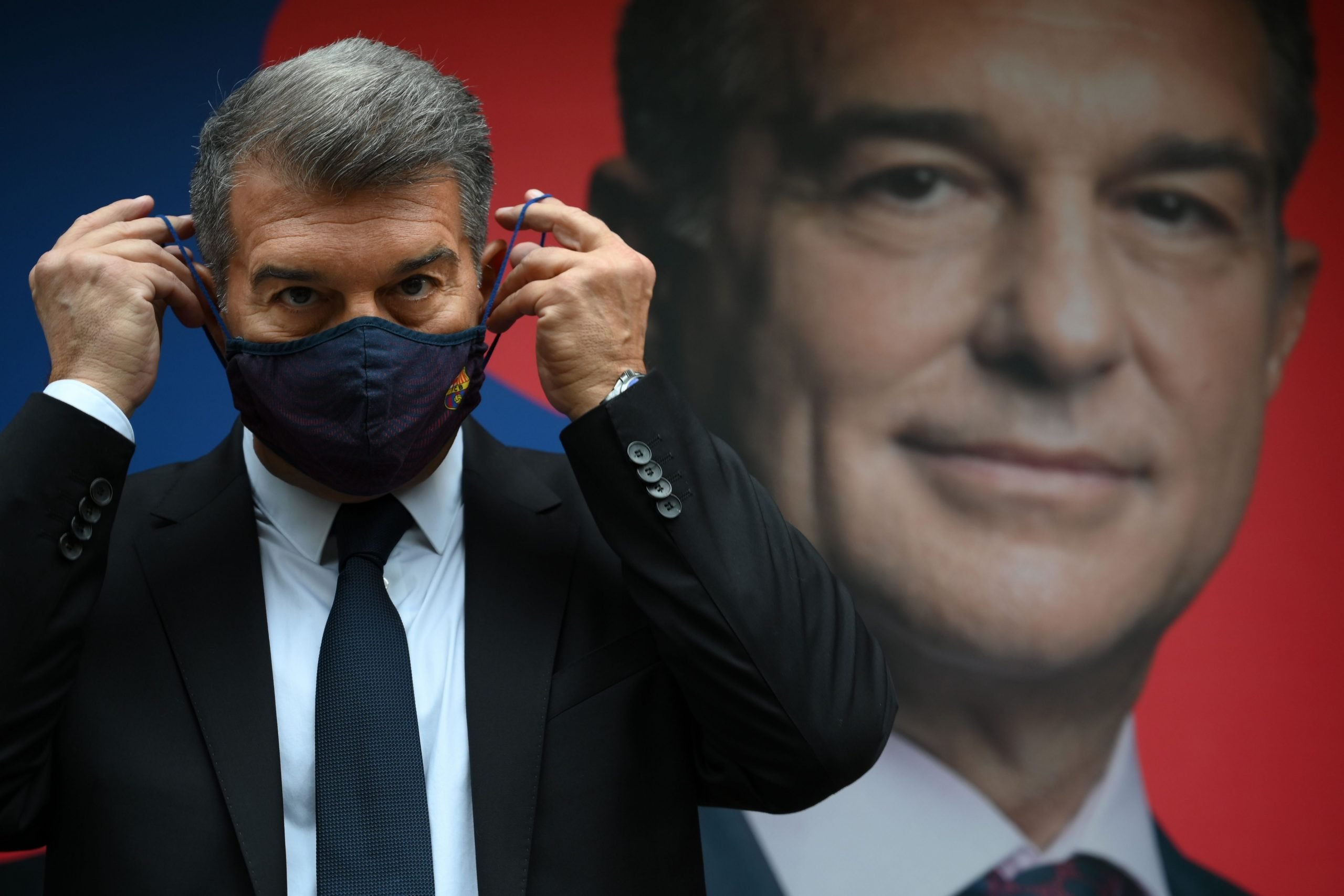 Barcelona presidential candidate Joan Laporta collected the most votes during the first phase of the elections. The favourite to win went live on El Larguero to give the fans a small taste of his ideas.

The former Blaugrana president tackled many subjects, including a talk he had with Lionel Messi, Xavi coaching Barça one day, Ousmane Dembélé, Antoine Griezmann and the temporary board making signings. The interviewer looked as if they wanted to get a lot of spicy information, and indeed they got some big statements from the Spaniard.

On Messi wanting to stay: “If Messi says no, Barcelona continues. But it’s something I don’t contemplate. He wants to stay.”

On the Barça captain’s support towards Laporta’s sporting project: “Messi has told me that everything I have told him has been fulfilled. That credibility helps me. I will make him a proposal that I can fulfil. You can’t fool him constantly as they did in the past few seasons”

On keeping Messi in his first term as president: “I don’t remember Madrid ever making an offer for Messi during my term. The team that wanted him the most was Inter Milan. And I can tell you, most presidents would have taken it. However, I stood still and didn’t accept it.”

On Laporta not wanting to interfere with the coach’s job: “Of course I prioritize that the style of football is the same in the youth categories as in the first team. However, I don’t like to be a coach. I talked a lot with Rijkaard and Cruyff, which showed me that I don’t know as much as them about tactics.”

On Laporta not wanting to make any speculations at this stage of the elections: “We have our own sports project. I don’t care about others. I understand that one day Xavi will coach Barca. I don’t know if it will be possible in the short, medium or long term. But in my project, I haven’t said names because I don’t think that suits me now.”

On Pep Guardiola’s illustrious return: “Pep Guardiola is more than anything, my friend. If he’s happy to manage at Manchester City, then so be it.”

On Antoine Griezmann’s revival at Camp Nou: “Griezmann is a Barca player, you have to help him. He’s a really smart player, and he is adapting to a new role. He is playing like he did at Real Sociedad.”

On Ousmane Dembélé’s sensational return from injury: “I’m glad Dembélé recovered well. He is the only player who can keep the opposition pressured for the whole game apart from Messi.”

On Piqué’s return from injury: “The best ‘signing’ for a center back is the return of Piqué.”

Laporta on his project

On the team’s successes with him as president: “People think I’m always partying. If anything I was celebrating that the team couldn’t stop winning during my term.”

On comparing between his project and Victor Font’s: “Barcelona would be in much better hands if I won.”

Laporta on a possible postpone of elections

On the Catalan government interfering with the election date: “The Government of Catalonia has no power to make decisions regarding the Barcelona elections.”