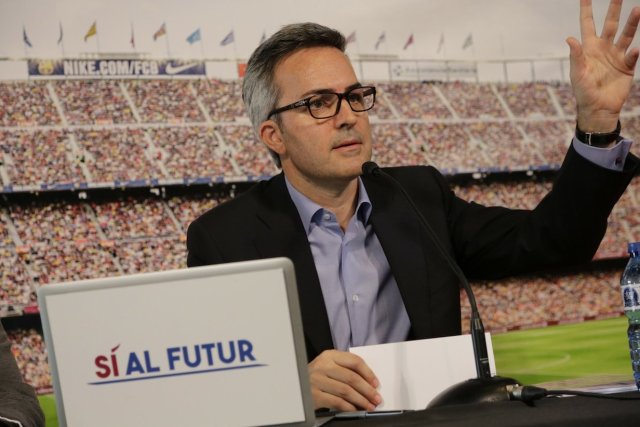 Barcelona, now without a president, will go through a period of propaganda from the presidential candidates. From the most famous candidates, two people look like winning more Culé hearts. Former president Joan Laporta and Victor Font will not work together, but their projects seem like the most coherent ones.

In an interview with Sky Sports, Font gave his insights about the whole Lionel Messi situation. The businessman plans to get back some club legends. From those legends, he named the obvious ones in Xavi Hernandez, Pep Guardiola, Andrés Iniesta, or Carles Puyol but also spoke about Oscar Garcia Junyet or Juan Villa, who both left the club a few years ago. Font believes he has to reunite these major figures for Barcelona to regain their status back.

“People like Pep Guardiola, like Xavi, Andres Iniesta, Carles Puyol do not work for Barça today. It doesn’t make any sense. We need to bring them back. We need to give them the right responsibilities.”

Victor Font in his interview with Sky Sports

Font seems ambitious. The candidate spoke assertively about his project, and he intends to win the Champions League. He touts his project as a ‘very competitive’ one and even goes one step further by implying that Messi needs it. If this is true, Font looks like an earnest candidate for the presidency.

“Messi needs to understand that he’s part of a very competitive project that aspires to win the next Champions League.”

Victor Font in his interview with Sky Sports

Along with Font, many will try to get that job at FC Barcelona, but the businessman has been so talkative about his project. Speaking so highly of it might propel his project into pole position. However, after years of shady business, having a president this transparent and knowledgeable is a plus.