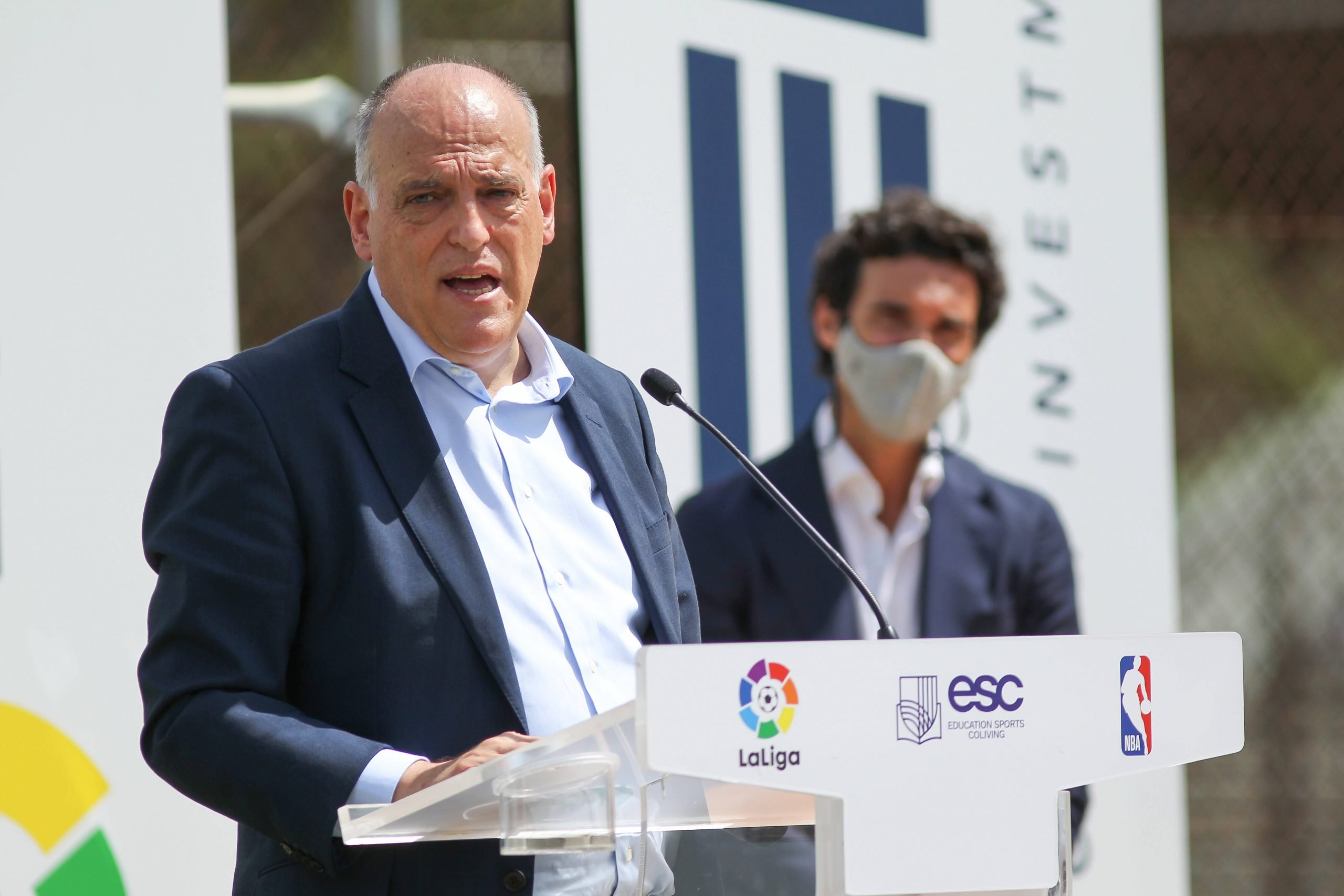 The Lionel Messi – Barcelona contract extension saga has taken a fresh turn as La Liga president Javier Tebas has cast fresh doubts over the continuity of the Argentine superstar in Catalonia.

Messi’s contract with Barcelona officially expired on the 30th of June. Currently away on international duty at the 2021 Copa America, where he has led the Argentine side to the finals, the 34-year-old, as things stand, remains a free agent.

Meanwhile, Barcelona president Joan Laporta is scrambling to secure his talisman’s future, but La Liga’s salary cap and Fair Play rules are making things difficult for the Catalans. Indeed, for the club to be able to afford Messi’s new contract, and stay within the cap imposed by the league, they need to shave off massive amounts of up to €200 million from their wage bill.

Efforts are being made to do just that, with Barcelona already getting rid of several players like Jean-Clair Todibo, Konrad de la Fuente, Matheus Fernandes, Junior Firpo and Sergio Akieme. More are expected to be on their way out, with Carles Alena closing in on a transfer to Getafe.

Despite the efforts, Barcelona are still a long way away from meeting the requirements and La Liga president Javier Tebas, speaking to El Chiringuito TV has cast doubts whether the Catalans will be able to retain Messi for the next season.

“I don’t know if Lionel Messi can start next La Liga season with Barcelona. If Barcelona don’t sell players, they will not be able to register Messi,” he said.

In a separate interaction with UK media (h/t ESPN), Tebas insisted that the 34-year-old will have to take a major pay cut if he were to remain at Camp Nou, claiming that no other club in Europe was capable of affording him either.

Adding on that, Tebas went on to warn both City and PSG, two state-owned clubs, that if they were to sign the Argentine it would amount to ‘financial doping’. “If they do, it will be financial doping. It would be incredible if it happened. We need to establish limits. Financial doping is damaging football,” he said.