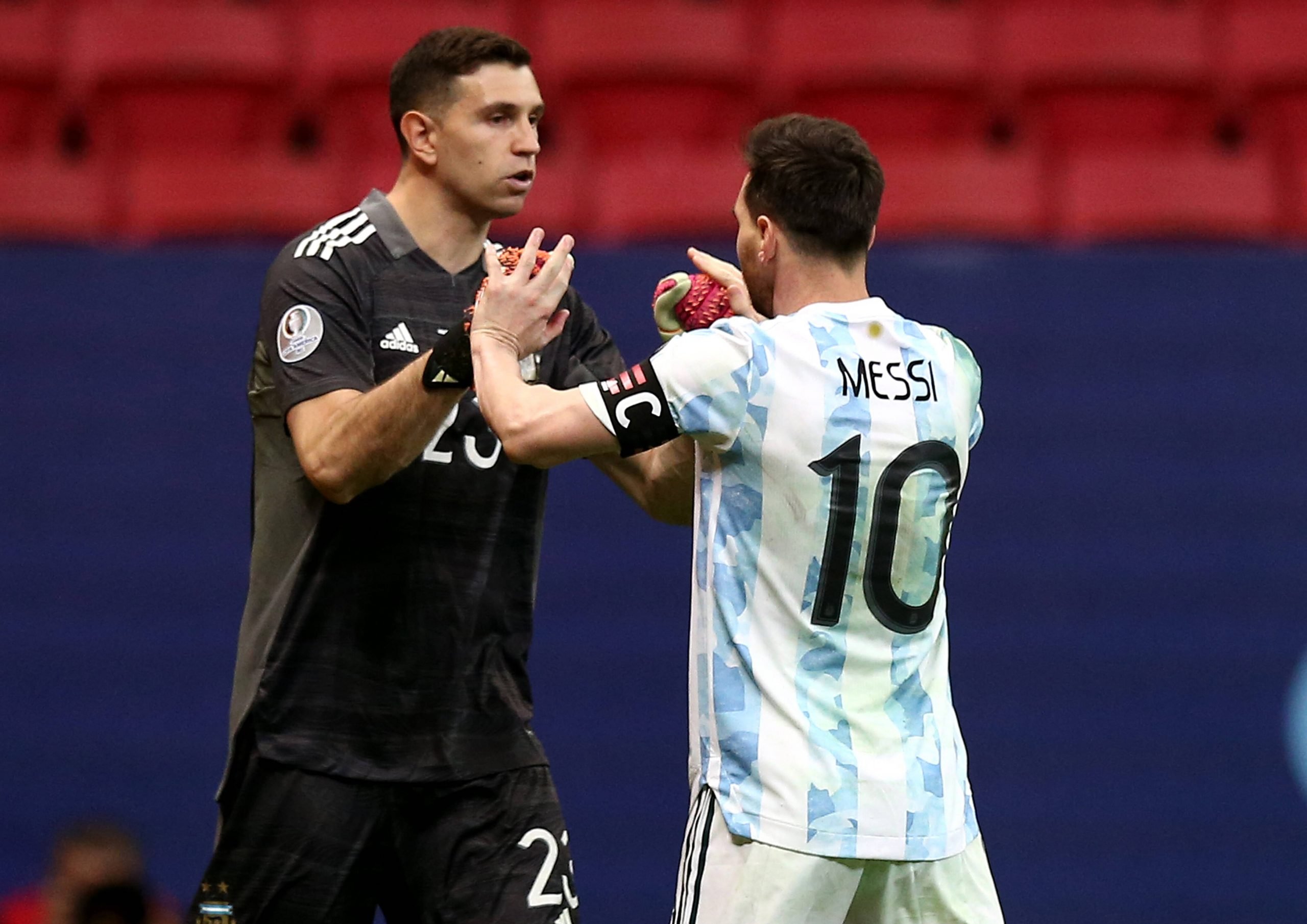 Speaking to Ole in an interview, Argentine Copa America and golden glove winning goalkeeper Emiliano Martinez spoke at length about what winning the continental title with Lionel Messi meant to him.

He has, on numerous occasions, talked about his national team captain in a quite positive light, often stating how much pleasure it would be both for him and the AFA for Messi to get his hands on an international title.

The Argentine shot-stopper described the sheer positive influence Messi has on his game: “You say ‘he made the players excited’, me too and I’m a goalkeeper. I wish I had played every match in a league with him. I would be a much better goalkeeper.”

Martinez then gave a huge statement on the six-time Ballon d’Or winner, expressing what Messi means to him, “I want to give him life, I want to die for him.”

He then went on to describe the almost supernatural impact that playing with Messi has on his overall goalkeeping, comparing him to an iconic anime character from the series Dragon Ball Z.

“I got much better [with Aston Villa] but with the national team, I got better by 10% or 15%. You know when you watch Dragon Ball Z as a kid? I’m Vegeta and when I played with Messi, I turned into Super Saiyan,” he said.

Given the sheer importance of his role as a captain, Lionel Messi is as much a source of encouragement as he is leading. Martinez commented on the faith Messi instilled in him during the penalty shoot-out victory against Colombia:

“Leo gave me a hug and told me, ‘You’ll stop one’. You have a crack that saves you in every match, that does everything for the Argentina national team. The least I could do was to try and help him to get to the final. It’s what I set out to do.”

The former Arsenal man went on to save three penalties in a row, as well as keep four clean sheets in the entirety of the tournament. His heroics for his side were instrumental to the Argentines in the final itself, as he made a handful of big saves to keep the then defending champions Brazil out.

Furthermore, the former Arsenal man confessed what Messi told him before the game vs Uruguay: “In the match vs Uruguay, he told me, ‘help us in the crosses because they’re brave.’ He says more things as a captain, he helps us all. When he scored his penalty, he could have gone to the centre, but he came and told me, ‘You’ll save one.’

The respect between the two is mutual, and even Messi spared some words for his goalkeeper after the incredible penalty shoot-out:

“It was hard, we deserved it. It was difficult in moments, but we have ‘Dibu’ (Martinez), he is a phenomenon. I am very happy for him. He deserves it.”

Martinez and Messi were undeniably the Albicelestes’ best players at the Copa America, as they grabbed the award for best goalkeeper and best player, respectively. The World Cup in 2022 is possibly going to be Messi’s final shot at winning football’s grandest prize, and with the likes of Emi Martinez behind him, this dream may well become a reality.