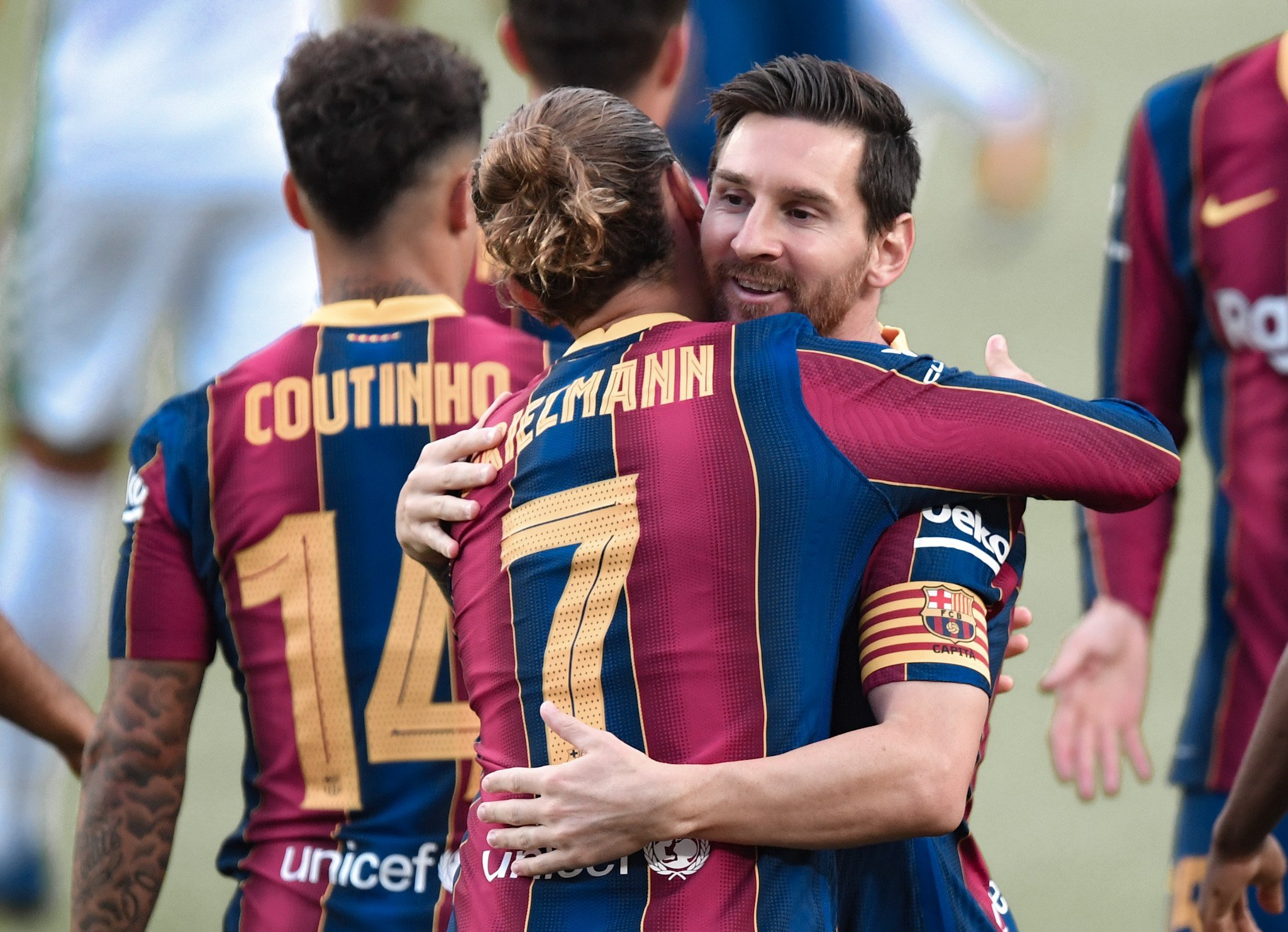 FC Barcelona step into the third game of what has been a hectic week. Three home games which as Ronald Koeman said, are a “must-win”. Two wins down, they must now mirror their form against Valencia at Camp Nou.

The first half against Real Sociedad was probably one of the best halves seen under Koeman. That being said, the second half was equally disastrous. That aptly summarises Barcelona’s season in a nutshell: One step forward, two steps back.

Looking forward to Saturday’s game, Barcelona remain without the services of Ousmane Dembele. The Blaugranas recorded their first comeback win of the season. If anything, that should be a major confidence booster for the side. Here is how Barcelona could line-up against Valencia:

Post the game against league leaders Real Sociedad, appreciations poured in for the young guns all over the pitch. Barcelona’s attack did indeed seem voraciously sharp in the first period. Yet, the Catalans walked away with three points owing to some masterful saves from Marc-Andre ter Stegen. The German recorded four stupendous saves, including one close-range attempt by La Real. With the tests getting harder by the day, ter Stegen will be gunning for the starting spot once again.

Ronald Koeman made a loud statement midweek by starting the young duo of Oscar Mingueza and Ronald Araujo ahead of Clement Lenglet against the League leaders. The young guns passed the test with flying colours and showed that Barcelona does indeed have a depth of resources in defence.

Against Valencia, Ronald Araujo could be the one to hold onto the starting spot. Mingueza, however, could be benched as Lenglet looks to make his return.

Jordi Alba was unarguably the man of the match on Wednesday. A goal and an assist coupled with a solid defensive showing can be called be paradise for a fullback. Up against his former club, the Spaniard will be more eager than ever to put up a night to remember.

Completing the defence at right-back, Sergino Dest will look to once again brighten Barcelona’s dark wing. Going into a direct clash with Jose Gaya will be a challenge for the USMNT star. Nevertheless, Dest’s initiative and skill will be the key on the night.

After a couple of nights on the sidelines, Miralem Pjanic could get a well-deserved start ahead of Sergio Busquets. Busquets has started two games in less than a week. Undoubtedly, resting the Spaniard would be the more sensible option for the managers, especially given the plethora of resources available.

Frenkie de Jong has seriously stepped up his game in the last two clashes, leaving Culés wanting more. The Dutchman will once again look to dominate the game in his new-found role.

The star of the last game, Pedri is no longer a surprise in the starting XI. The 18-year-old has been one of the brightest lights of Barcelona’s season, piling masterclasses up for fun. The youngster is slowly but undoubtedly gaining the confidence of his teammates. He would be the ideal choice to start on the left-wing.

Since Pedri on the left wing will not provide the width to potentiate the Catalan attack, the right-wing will have to compensate for the same. Fransisco Trincao would be the ideal option for this. The young Portuguese talent may have had a terrible start to his Barcelona career in terms of finishing. However, there is no denying the quality and skill he brings with him.

Lionel Messi and Antoine Griezmann could complete the attack to form a fluid combination. On paper, Antoine Greizmann could start as the #9, with the Argentine Maestro working in the spaces behind him. Yet, as seen in the past, the duo could easily switch roles during the game

Carles Alena could make an appearance off the bench for Miralem Pjanic. The La Masia graduate has not enjoyed much game time, but Koeman has not left him in the dark altogether either. One more cameo could be on the cards for Alena.

Phillipe Coutinho might see minutes in the second half for Pedri. The 18-year-old has been phenomenal, no doubt. However, Koeman must be patient and provide him with the rest his growing body requires.

Martin Braithwaite for Antoine Griezmann will be an expected change in the latter part of the game. It will be a move to further tighten the screw on Valencia’s defence as the Danish striker would look to exploit the spaces in between the lines.