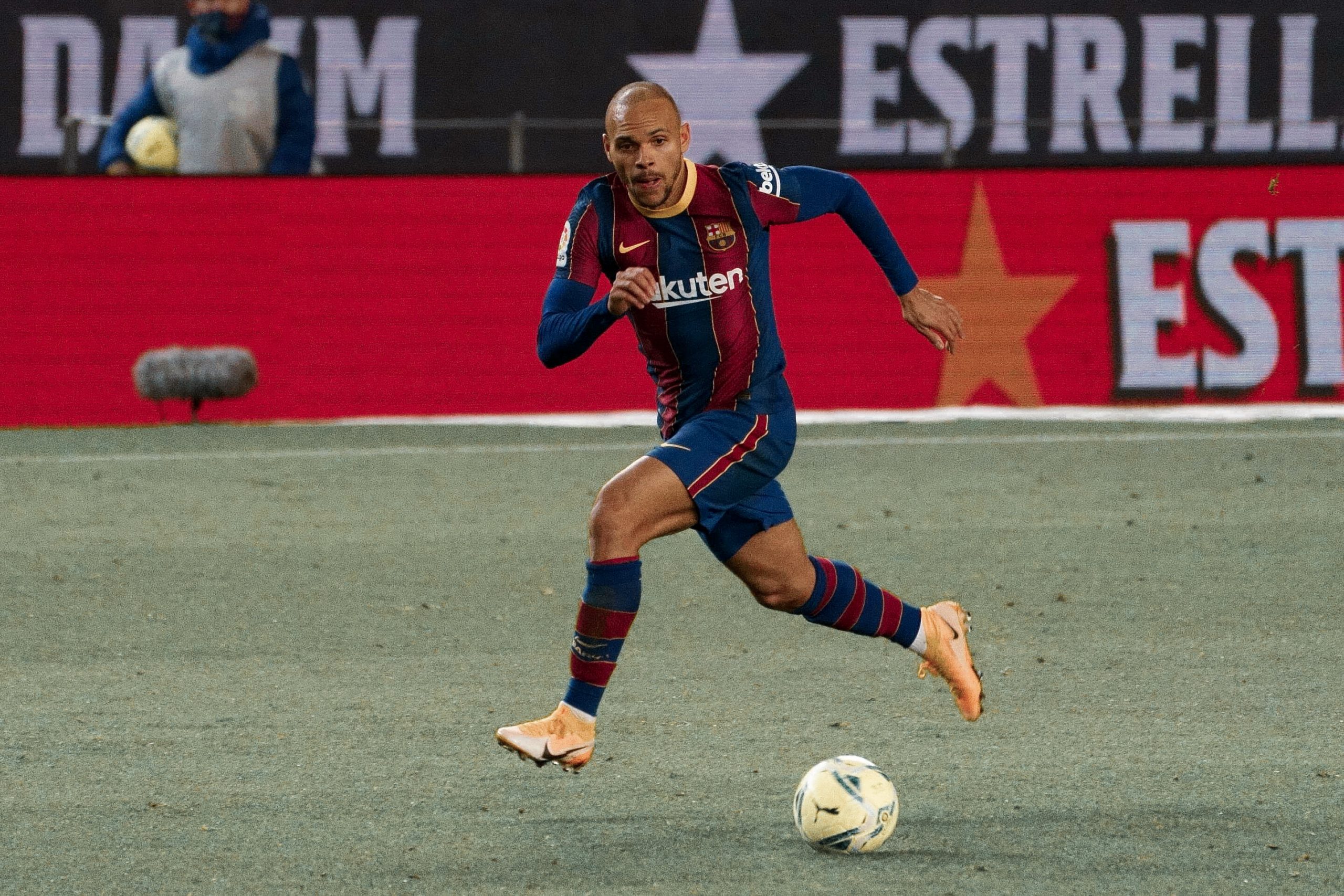 Barcelona travel to the El Alcoraz on Sunday night to face off against Huesca. The hosts have been overwhelmed ever since their return to top-flight football this season. The pressure of the top tier seems to have well and truly gotten to Michael’s side.

Since their promotion, Elche and Cadiz seem to have blended well into the tough competition of the Spanish top tier. However, Huesca find themselves helplessly crushed at the bottom. With just one win from their opening 16 games, struggling would be a light word for the hosts.

With a tumultuous and inconsistent season so far, Barcelona need to firmly eye for consistency. The Catalans start as favourites on paper against a side that has not struck rhythm in the least. Yet, when has the favourites tag been justified on Barcelona this season?

Here is how Barcelona could line-up against Huesca:

There is little to no doubt over the fact that Marc-Andre ter Stegen is the favourite to start on the night. At the El Alcoraz, the German wall will have another opportunity to pile up on his impressive performances.

Though the three-man defence concept did not light up the field against Eibar, it would be premature to call it quits on a concept that showed so much promise. Ronald Koeman will need to pull along this ideology for a few more games to work on the flaws and build on the promise.

Once again, the centre-back trio of Clement Lenglet, Ronald Araujo, and Oscar Mingueza could get the nod. It might be a compromise on the attacking potency of the side. Yet, it is a combination that has reinforced the holes in the defence. Against Eibar too, it was an individual error that led to the goal, not a defensive compromise.

At right-back, Sergino Dest will continue to start as Sergi Roberto boosts on in his recovery. The American youngster has piled up impressive performances game after game. Surely, the reduction in defensive duties could unlock his potential further.

At left back, Jordi Alba will get the start after missing the last game through suspension.

A three-man defence undoubtedly lifts burden off the shouders of the midfielders. This allows them to discate the play more effeciently and involve cohesively in attack.

Frenkie de Jong is one player who has benefitted tremendously with this shift in the system. His renewed freedom has permitted him to venture further ahead to playmaker near the opponents camp. The Dutchman will certainly get yet another start on Sunday.

Alongside Barcelona’s No. 21 would likely be Sergio Busquets. The Spaniard has not started the last two games for the Catalans. With de Jong taking up more initiative in the attack, Busquets will aim to bring more order into Barcelona’s play.

Philippe Coutinho’s injury could be a blessing in disguise for Ronald Koeman as he has more clarity to the attacking midfield position. Just by pure merit, Pedri is the rightful starter alongside the forwards. The 18-year-old has probably been one of Barcelona’s best signings in recent years, and one hopes Sunday night is another masterclass by the Spaniard.

Lionel Messi has made it back to the squad list after returning from his ankle injury. The captain will undoubtedly be straight back into Koemans plans in the attack.

Rounding up the frontline would be Martin Braithwaite. The Dane had an outing to forget in the last matchday, with a missed penalty that cost his side two points. Yet, he is a player of tremendous personality and one hopes he bounces back strong against Huesca

Ousmane Dembele would be a natural option to come on in the second half, presumable for Oscar Mingueza. This would imply a shift in formation to a 4-2-1-3, with Dembele occupying the left-wing.

Miralem Pjanic could come on for Sergio Busquets in the second half. The Bosnian may not have lit the pitch up in the last game, however, he did show tremendous understanding of what was expected of him.

Antoine Griezmann could be an option as well, in the latter half, coming on for Braithwaite. There is little to no doubt that the Frenchman needs to capitalize on all his chances to justify his role in the team.