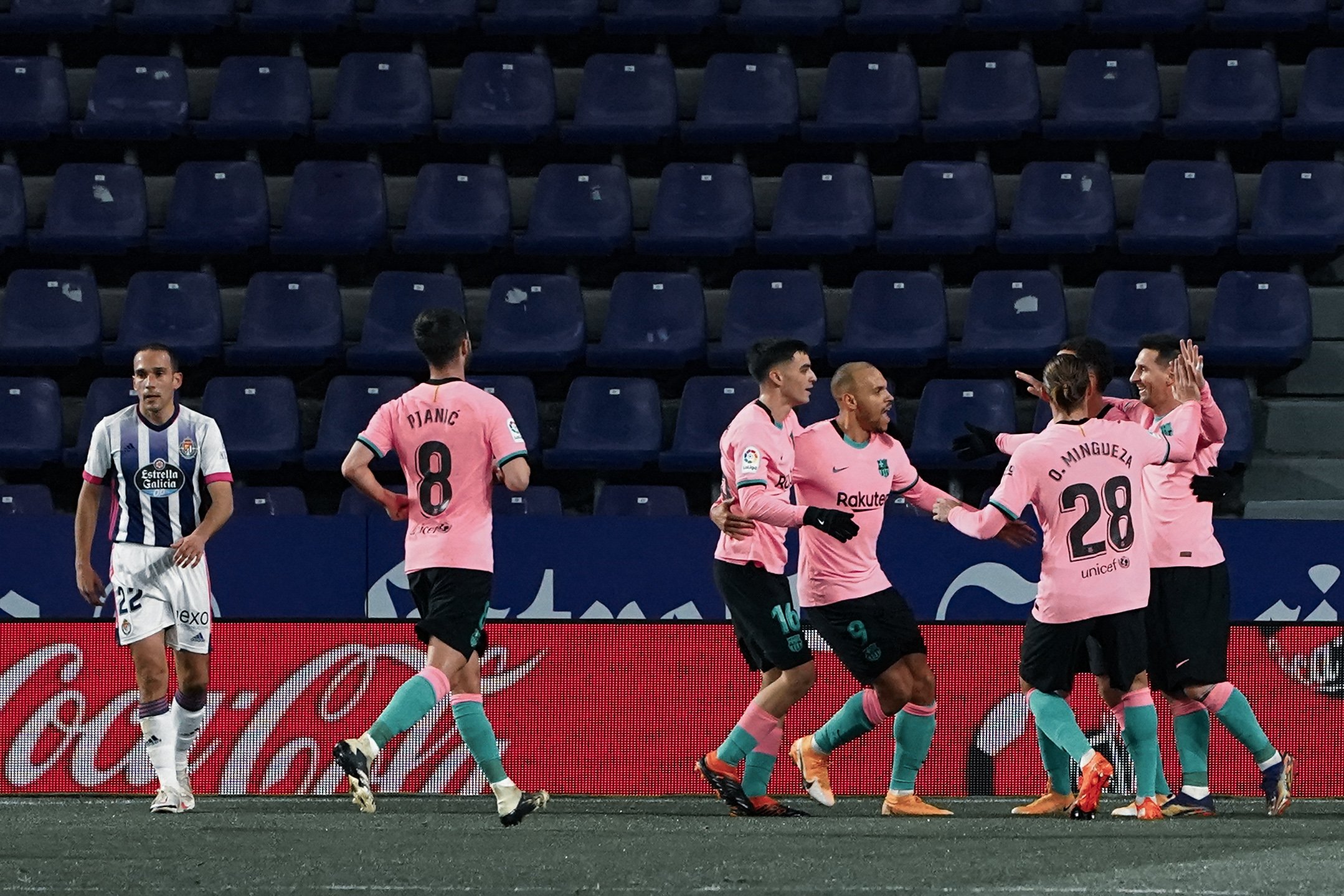 The brief halt of Christmas came and went in the blink of an eye. However, the jingling of the bells was not as merry at the Camp Nou. The ever-generous Santa has received requests for a gift which may be beyond his capacity. Could a door to compete for the league title still be in store for Barcelona? It would seem not, yet one hopes there is

Nevertheless, the next task at hand for the Catalans is that of visitors Eibar. Mendilibar’s side has had a below-average start to the season, and find themselves at the wrong end of the table. They have pulled out just three wins from their 15 games so far, having lost and drawn six each.

Barcelona, on the other hand, signed off before the break-in great spirits. An all-round showing against Real Valladolid could be the splinter to light up their season. Here is how Barcelona could line-up against Eibar.

One of the very few constants in the team, Marc Andre Ter Stegen will be eyeing for what would be his ninth start in the League this season. The German has shown no signs of rustiness since coming back from his injury. Undoubtedly, he would be Ronald Koeman’s first-choice goalkeeper ahead of this vital clash.

The game against Real Valladolid displayed yet another interesting experiment from the manager. Koeman chose to go with a three-man defence, thereby partly liberating the full-backs from their defensive duties. With their renewed role as wingbacks, the combination resulted in an enhanced attacking display, well distributed on both wings.

With the initial trial proving to be a success, one could expect Koeman to repeat the hypothesized formula to success. Clement Lenglet, Ronald Araujo, and Oscar Mingueza could all see starts on the night, an experiment every Culé hopes works again.

With Jordi Alba out through suspension after picking up his fifth yellow of the season, Junior Firpo, one would expect to start on the night. It will be a major test for the youngster who is already being linked out of the club. Firpo was predominantly a wing-back in his days at Real Betis, and Tuesday night could be his best chance to prove his ability.

Sergino Dest would be expected to continue duties on the right. With the defensive chains more or less cut, the young American could well let loose at the Camp Nou come Tuesday

Frenkie de Jong and Miralem Pjanic have consistently shown to have a more harmonious relationship on the pitch. Once again against Valladolid, the Dutch-Bosnian pairing worked wonders. Considering the high probability of Koeman giving a new system another opportunity, the duo could feature once again.

The most notable absentee from Barcelona’s squad list is Lionel Messi, with the club reporting an ankle injury to the Argentine. Undoubtedly, the squad will have to work harder than ever to fill that void of creativity.

It will be the night to step up for Pedri. The young Spaniard has been phenomenal on so many fronts. Now, it remains to be seen how much he can replicate on his own. He will start in front of the double pivot and operate right behind the front two.

Martin Braithwaite and Antoine Griezmann round up the XI combining to form the front two. Antoine Griezmann will be the focal point against Eibar. Being the sole candidate to occupy his natural position, the Frenchman could not ask for a better chance to prove his worth.

Braithwaite continues to improve the team as a whole and will spearhead of the attack. Undoubtedly, Braithwaite will have to find his scoring boots in what will be a difficult encounter.