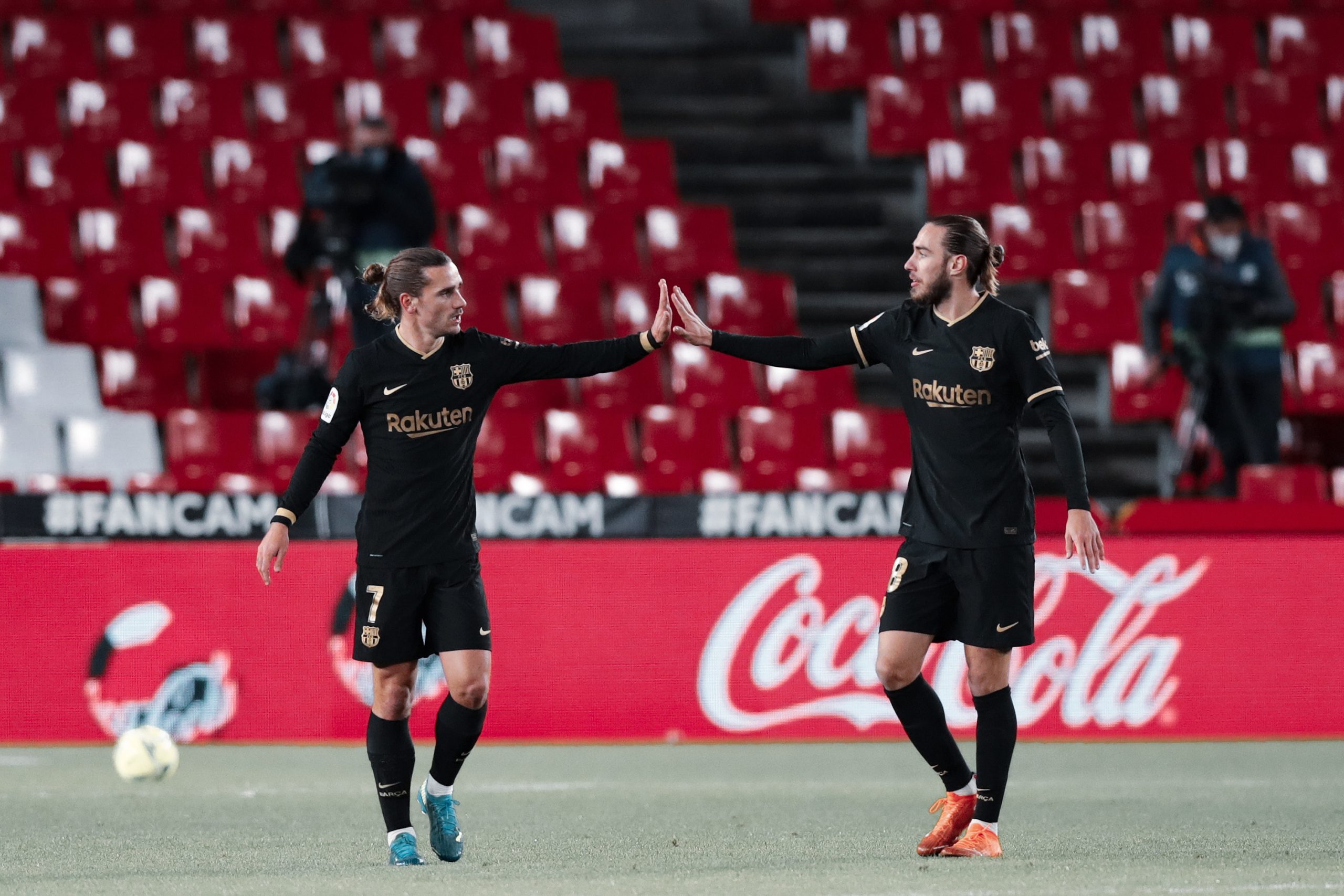 The Copa del Rey game was an eye-opener in ways unimaginable. On the one hand, it brought some amazing takeaways. One such was the performance of Ronald Araujo, who has now not been dribbled past in his last 10 appearances.

At the same time, however, it bright to light some worrying signs. The youngsters given a chance failed to grab it tightly. The finishing was beyond poor. What more can be said of a night where the Catalans failed to score two penalties. At the end of the day, it once again required two assists from Pedri and a moment of brilliance from Dembele to take the Catalans home.

Barcelona’s tenure away from the Camp Nou goes on as they now move to the Estadio Martinez Valero. Ronald Koeman’s side now faces Elche, the 18th placed side in the Spanish top tier. Here is how Barcelona can lineup against Elche, as Ronald Koeman prepares yet another game with an unstable XI.

After a deserved rest in the Copa del Rey, Marc-Andre ter Stegen will be back in duty for the Blaugranas. The German was absolutely stellar for his side in the Super Cup and will look to produce more of his magic.

Ronald Araujo’s growth as a defender can just be described as meteoric. The trajectory of the young defender is mindblowing, as he continues producing 10/10 performances game after game. He will be in the heart of defence on the night, with Clement Lenglet by his side.

Sergi Roberto and Sergino Dest are both very close to their respective returns. However, we are likely to see Oscar Mingueza get a successive start at Right-back against Elche. The Spaniard has been solid in defence, and that is all is expected from a part-time full-back.

Junior Firpo started the game against Cornella but contributed very little. Hardly anything to convince the manager. That said, Jordi Alba, himself is coming off a terrible performance in the final of the Super-cup. The Spaniard will undoubtedly start, but will he impress?

Sergio Busquets will start the night as the defensive midfielder in the 4-3-3 setup. Though maybe not his best, his performance has seen a massive spike since the formation change. He will be a crucial factor on the night, given Jorge Almiron’s rather attack-minded setup.

Frenkie de Jong has been by far the most consistent midfielder for Barcelona, and his ability to decide games is finally getting the limelight it deserves. Just over the last month, the Dutch protege has grown in leaps and bounds. He will be a crucial part of the team on Sunday.

As one talks of prodigies, Pedri is the next biggest name to pop up. Coming on as a substitute, the youngster contributed to both of Barcelona’s goals in extra time, almost single-handedly setting up the second. Pedri is wise beyond his years, and it doesn’t take more than the naked eye to see that he is something special. He will round up the midfield for the League game.

Lionel Messi continues to serve his ban and misses the trip to Elche. That said, the onus is once again on Ousmane Dembele and Antoine Greizmann to step up. The French duo is expected to start, on the left-wing and right-wing respectively.

Dembele was the man who made the difference in the cup game. The ease with which he nets bangers doesn’t quite match his inability to finish chances on a platter. He will be looking to make the most of his chance to impress in the hope he can bag a contract extension soon, and end all rumours of his departure.

Martin Braithwaite will round up the starting XI. Amidst all the confusion, the Dane continues to work at his highest rate to contribute to the team. Though his quality can be doubted, his commitment cannot. He netted the second goal against Cornella in a neat fashion. Once again, he hopes to be on the scoresheet on Sunday.

Konrad de le Fuente impressed mightily in his time on the field against Cornella. His performance will surely seed the possibility of his getting more minutes in the League.

Riqui Puig could have made so much more of his chance to impress, but just couldn’t show his magic on the night. However, his quality off the bench cannot be doubted. It is a real possibility for him to see minutes on the night.

Miralem Pjanic dictated the midfield neatly in the previous game. He could feature towards the latter half of the game in place of Sergio Busquets.