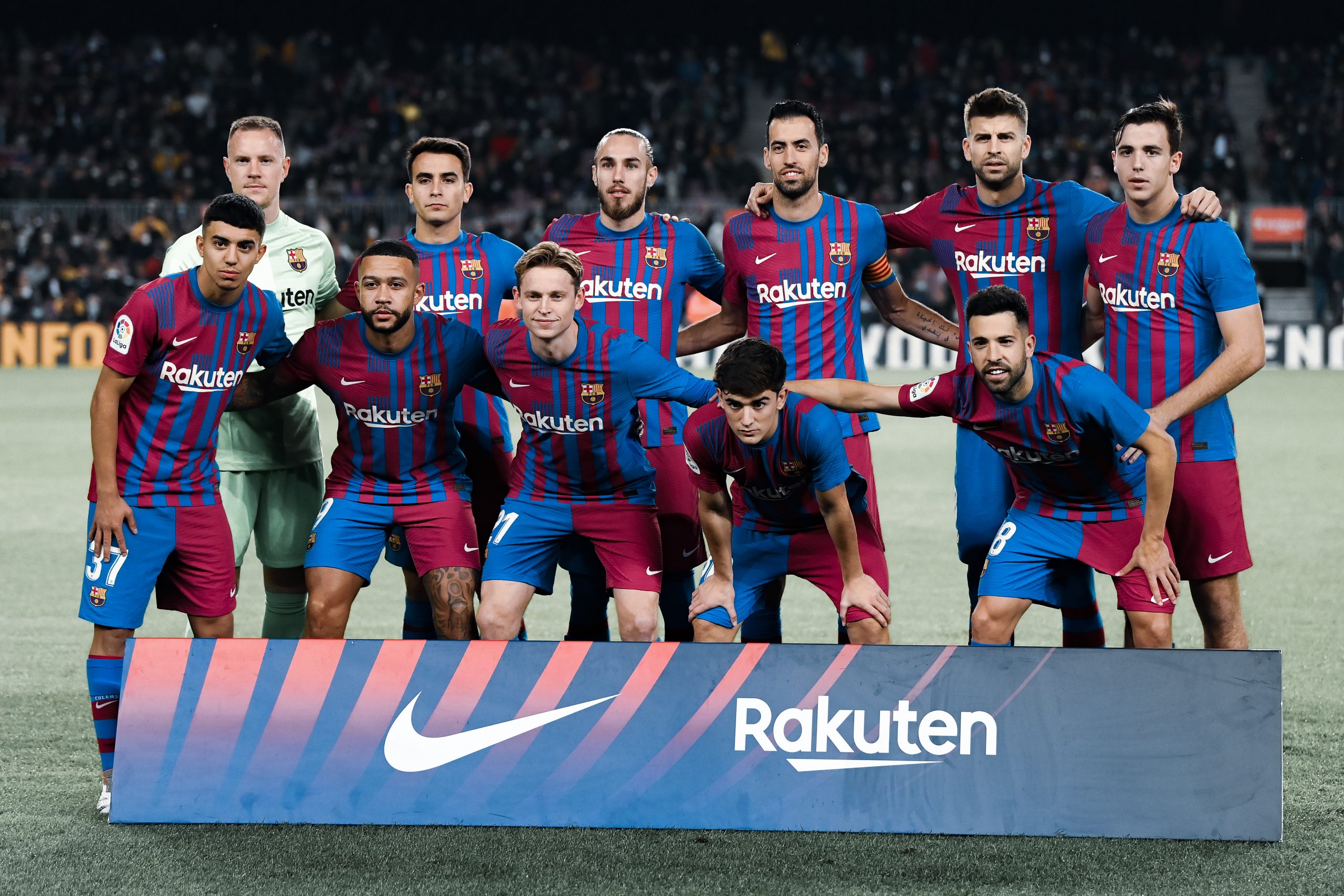 A win over Espanyol was the best possible way for Barcelona to have kickstarted a new era. Though the decisive goal came via a penalty, the first half displayed the quality the side possess.

Barcelona boast of some of the best young talents in European football, and they came together to deliver a positive display on Saturday.

Yet, the Champions League is an all-new ballgame. Xavi now stares at a daunting task in the European competition, one he claimed is a final.

The Blaugranas currently sit second in Group E, six points behind leaders Bayern Munich. However, anything less than a win over Benfica could take them into a must-win game against Bayern Munich.

Tuesday’s clash is extremely important, and here is how Barcelona could lineup against Benfica.

The gloves will once again be donned by Marc-Andre ter Stegen, who had a positive outing at the weekend. Not only was he involved in three saves but also finished with 100% pass accuracy, a statistic rare for goalkeepers.

Gerard Pique could get his second start under Xavi on Tuesday. Though Ronald Araujo presents a strong case to start, one would expect the coach to stick with the formula that worked well at the weekend, especially given the high stakes.

The sudden spike in Eric Garcia‘s performances has not gone unnoticed. Despite a rocky start at his childhood club, the centre-back has come back strong in the past few weeks. He will start on the night.

Sergino Dest returned to group training but is unlikely to be given clearance to play on Tuesday. Given Oscar Mingueza’s topsy turvy performance against Espanyol, Sergi Roberto might earn himself a start in the Champions League.

Jordi Alba has a different role on Saturday. Xavi’s system demands wide wingers, meaning the Spaniard had less real estate in the territory that has been his in the last few years. His understanding with Gavi helped utilise the left wing to the fullest, though, and made it a serious threat on the night. He will look to repeat the performance in a new competition.

Sergio Busquets was the core of the midfield that looked mighty improved against Espanyol. The veteran midfielder has led from the front despite being under a mountain of criticism this season. His form will be vital in the game against Benfica.

Frenkie de Jong pulled off a fantastic performance in the last game after a difficult couple of months at the club. The Dutchman has a more advanced role under the new manager and will hope to get a direct goal contribution.

Pedri was said to be close to a return against Benfica, but an untimely relapse has postponed his return. Nico Gonzalez could well continue to start in midfield on Tuesday. His physicality and composure on the ball bring exactly what Xavi wishes to see in his players, making him the perfect choice.

Memphis Depay made the difference for Barcelona by winning and converting the decisive penalty. He will go up against Nicolas Otamendi and Jan Vertonghen, a duo who effectively shut down Barcelona’s attack in Lisbon. It will be a gruelling night for Memphis, but an occasion where he must step up.

Gavi started out of position when he played on the left-wing against Espanyol. The youngster had played on the wing under Sergi Barjuan too and was completely shadowed in those games. Yet, he had a great game on Saturday, and thus, will assume the same responsibility again.

The final piece in the puzzle will likely be Yusuf Demir. Ilias Akhomach cannot participate owing to his suspension with the youth team, while Ez Abde is not registered for the UCL. Demir fizzled out after a bright start at Catalonia. However, the long absentee list puts him in the driver’s seat to start against the Benfica.

Phillipe Coutinho did not contribute much in his first outing after the international break. Yet, the Brazilian might receive a few more games under the new manager to prove his worth. He could come on in the second half.

Riqui Puig was Xavi’s first choice when he wanted his team to keep the ball under pressure. It is difficult to imagine a scenario wherein the same will not be required on Tuesday. He could get minutes under his belt once again.