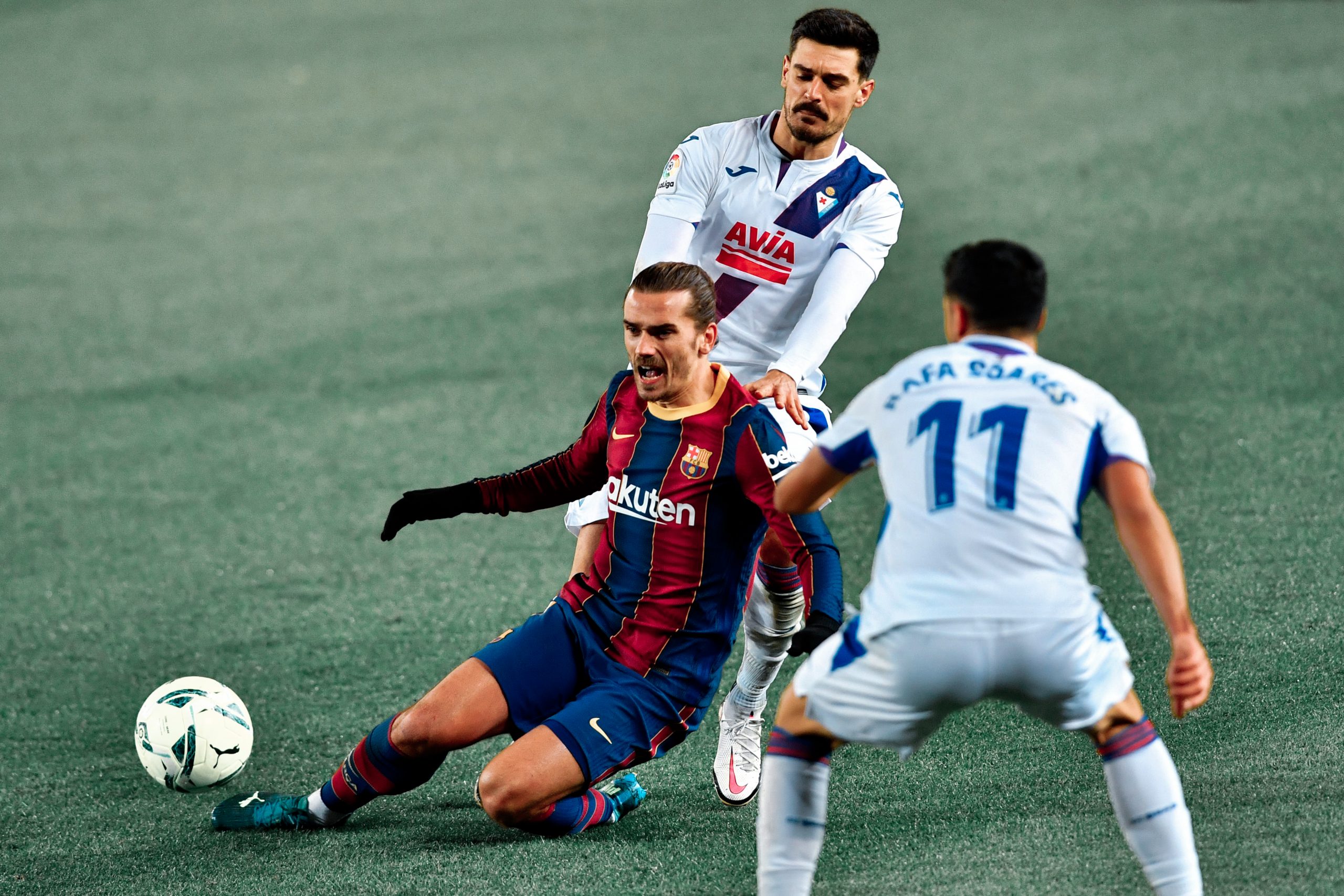 Barcelona’s away tour continues as they move into the city of Bilbao, for their second away successive away fixture. La Liga has always had a distinct list of the toughest away grounds to play at and San Mames finds itself comfortably placed in the aforementioned list.

On Wednesday, Ronald Koeman faces another stern test in what has not been a very promising campaign overall. Barcelona played well against Huesca, hardly giving the hosts any taste of possession. However, unlike the blunt and uninspired attack of Huesca, Athletic Bilbao will not forgive on Barcelona’s backline. The likes of Inaki Williams and Iker Muniain amongst others make them more than a potent threat.

The margin for error is low in a game with high stakes. Here is how Barcelona should line-up against Athletic Bilbao

Even in a game where Barcelona faced hardly any threats on the counter, it took some sensational saves towards the end for them to walk home with all three points. Huesca had their chances to equalise in the last ten minutes but was faced by the rock-solid Marc Andre ter Stegen.

On Wednesday night, the German will look to do more of the same, with it being another chance to prove why he is considered amongst the best in the world

Sergino Dest had an average performance against Huesca with nothing promising to show for. Surely, the USMNT defender must be keen to get his performances back on track. He will be the undoubted starter on the right-wing.

With the Huesca game, it was clear that Koeman had dismissed the three-man backline concept. Once again, one would expect Clement Lenglet to maintain his start alongside Ronald Araujo.

The Uruguayan centre-back has been splendid this season and holds the key to containing the Basque weapon-Inaki Williams. Additionally, with performances like this, he could easily hold the key to his own future as Eric Garcia’s transfer is expected to become a reality soon.

At left-back, Jordi Alba will look to build on an impressive showing at the weekend. The Spaniard dominated the left-wing in the last game. This time, however, he will have a much larger defensive role to shoulder.

Frenkie de Jong is a guaranteed starter and will be more determined than ever after scoring the winner on Sunday. The Dutch protege has been more involved in attack than ever, and one hopes the formula continues to flourish.

It was a topsy-turvy affair for Pedri on Sunday, nevertheless not a bad game. The Spaniard constantly found the right passes, connected with his teammates and helped navigate the course of the game. He will continue to start at the in the midfield triumvirate.

Rounding off the midfield could be Sergio Busquets who had a flawless 80 minutes against Huesca. He will operate as the anchor in the centre of the pitch, and be crucial to hold the Catalans’ defensive structure.

Ousmane Dembele and Lionel Messi seem untouchable in the XI right now and could start on the wings. Both players put up brilliant performances that just lacked the finishing the last time around. It is indeed the wingers that hold the key against Atletic Club’s style of play. That said, Dembele will be absolutely immense on the night.

After a horror show, one would expect Martin Braithwaite to be dropped on Wednesday. The Dane was barely visible and failed to even tee up with his teammates in the last game. Antoine Griezmann could make a start once again, hoping for a game where he can show his impact.

Miralem Pjanic coming on for Sergio Busquets is almost the tradition and looks set to continue again in the coming game. It is a great move on two fronts, providing the Bosnian with some game time as well as providing Busquets with rest. Riqui Puig’s chances in the starting XI, though, loom distant.

Like the last game, Oscar Mingueza could come on for Sergino Dest in the second half. The American has barely had a minute’s rest since Roberto’s injury. A little rotation could do him a world of good.

Fransisco Trincao could Come on for Antoine Griezmann if the Catalans are in desperate need of a goal. The transition to a formation with two true wingers could be a great weapon for Koeman.