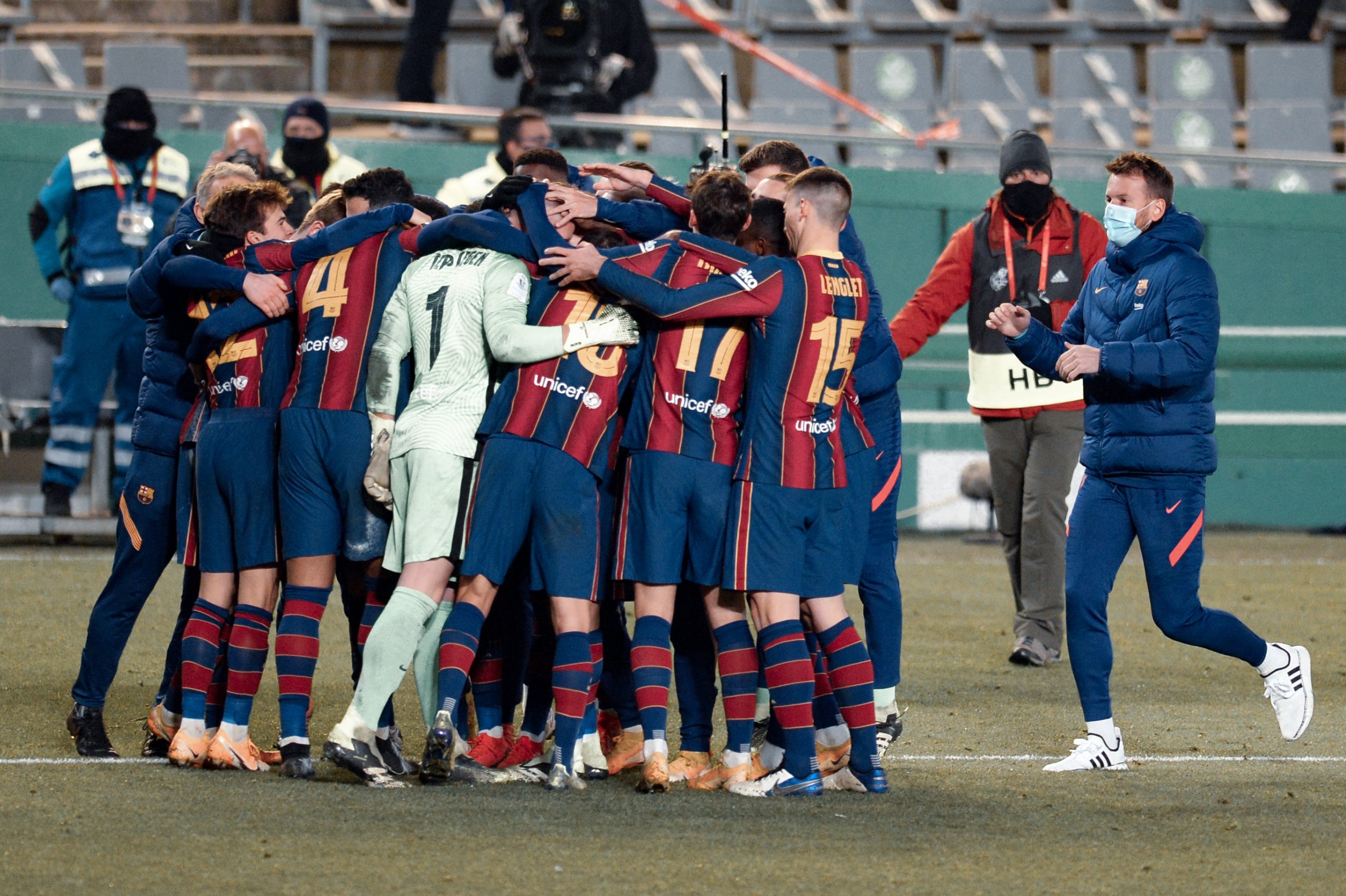 Sunday could be the first taste of silverware for Barcelona after more than a year-long hiatus. It may be the least important of the competitions the Blaugrana’s participate in, yet words cannot describe the paramount importance of a victory, as they get ready to take on Athletic Bilbao in the Spanish Super Cup final.

Barcelona have had dismal performances in all tournaments alike in the past season. Undoubtedly, that was a huge psychological blow to captains and players alike. With that in mind, even a minor victory like the Supercopa de Espana could provide the team with a world of confidence.

The final obstacle between the Catalans and silverware is a certain Basque outfit that whom they saw off very recently. Barcelona had taken down Bilbao in quite convincing fashion ten days ago, though the scoreline reflects a closer encounter than it was. Here is how Barcelona could lineup against Athletic Bilbao.

After months of dilemma, permutations and combinations, Ronald Koeman has finally found his best defender in Ronald Araujo. Pace, agility, strength, size, the Uruguayan has it all. He will undoubtedly start the game. Alongside him will likely be Clement Lenglet who had a reasonable outing in the Semi-final. A clutch performance in a high stakes game could be the much-needed confidence booster for the Frenchman.

With Sergino Dest back fit, he will find his name in the lineup on Sunday. He will have to put up more masterclasses at the right-back position with Sergi Roberto’s return from injury nearing.

Jordi Alba will once again look to be the difference-maker, operating and dictating the flow of the game on the left side. The Spaniard has looked more confident than ever and will hope to continue more of the same for the upcoming clash

Starting at the heart of the midfield will be Sergio Busquets, the man who looks revitalized after the shift in the system by the manager. In the semifinal, he put up one of his most perfect games yet. He will be accompanied by the duo of Frenkie de Jong and Pedri who have also immensely benefitted from the 4-3-3 system.

Frenkie finally seems at the peak of his powers and has been directly involved in goals almost for fun. Pedri, on the other hand, has been on an incredible uphill in development. He is mature beyond his years, and that contributes a lot to this Barcelona side. The midfield will have to work extremely hard to prevent a trophyless season for Barça.

Ousmane Dembele has not had a better phase in his Barcelona career than he is enjoying right now. The Frenchman played the full 120 minutes against Sociedad and looks set for another start in the final. His ability to turn up clutch is something Koeman will be counting on.

After missing the last game through muscle discomfort, reports suggest that Lionel Messi could feature in the big clash on Sunday. He successfully trained with the group in the final session, and everything indicates he could start on Sunday. The Argentine will be a major factor deciding the final result, needless to say.

Rounding off the Barcelona lineup against Bilbao will be Antoine Griezmann. The World-Cup winner was directly involved in Barcelona’s opening goal in the last game and will look to continue his good run of form

Miralem Pjanic will continue to remain an option to replace Sergio Busquets in the long-drawn fixture. Fresh legs will indeed be key on the night.

Riqui Puig was the hero of the night scoring the decisive penalty after voluntarily taking up the responsibility. His passion could be rewarded with some minutes in the second half, especially if Barcelona are trailing

Fransico Trincao could come-on for Antoine Griezmann late in the second half to provide a boost in energy and pace on the right wing.