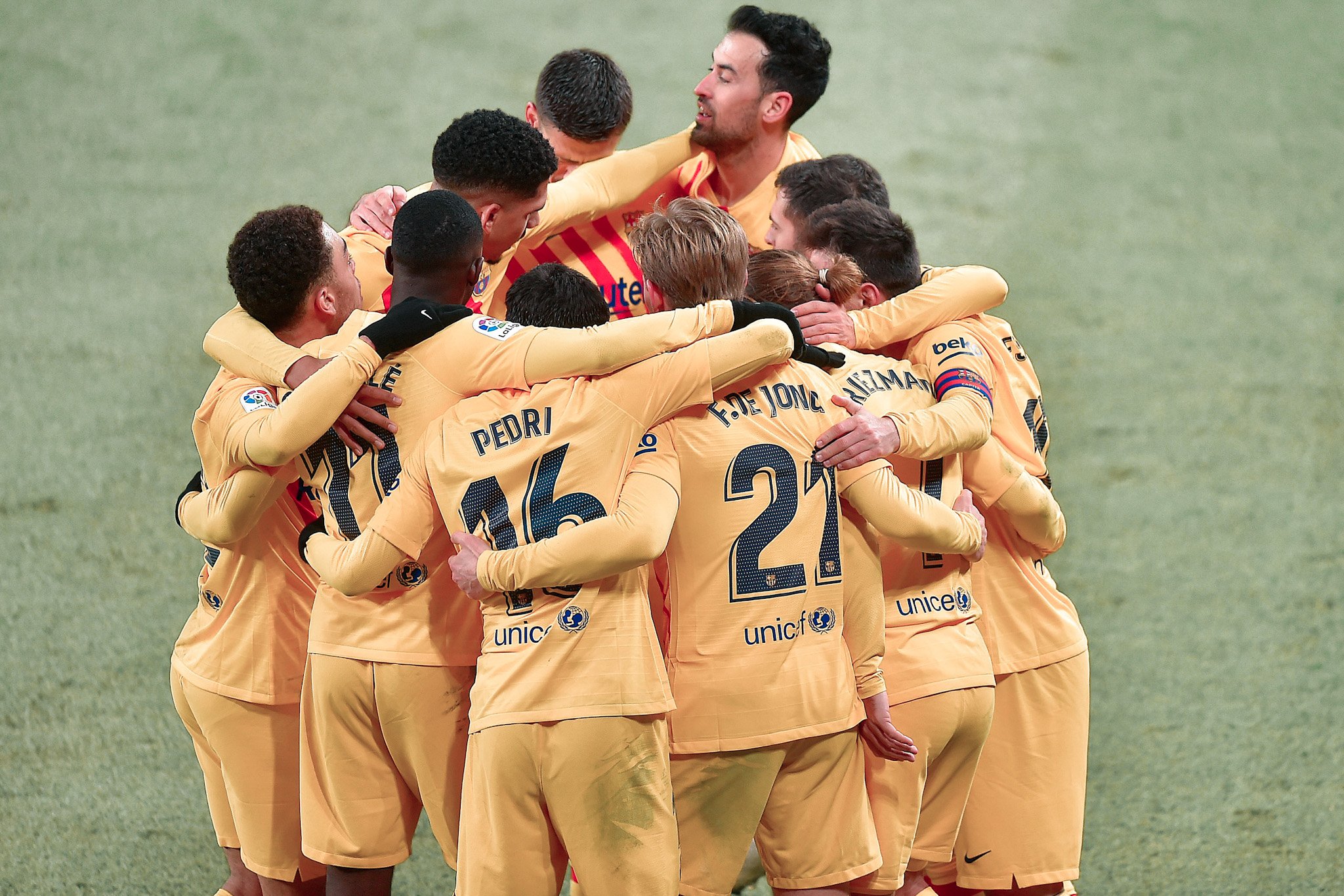 The result at San Mames was not just a blessing, it was a necessity for this Barcelona side. It brought with it a set of positives that gave the fans and players hope. Right from Pedri’s highlighted masterclass to Lionel Messi’s rediscovered finishing; Frenkie de Jong’s masterclass and Antoine Griezmann’s silent yet impactful evening, it had headlines written all over. Yet at the same time, it once again clearly displayed the glaring holes in the side, giving Ronald Koeman the right platform to work out solutions.

Barcelona have picked up six out of six away points in the last two games. Now, the Catalans aim for nine as they travel to the Estadio Nuevo Los Carmenes in Granada. Diego Martinez’s side have had a reasonable start to the campaign. They currently sit at seventh, just four places behind the side they host.

At this stage is in season, every game is a must-win. Here is how Barcelona should line-up against Granada

Donning the gloves on the night will once again be Marc Andre ter Stegen who hardly ever has a quiet game. With defensive confusions this season, the German has had to be extra vigilant between the posts. Needless to say, he has been doing a fine job.

With Clement Lenglet suspended, Oscar Mingueza will almost certainly get another start alongside Barcelona’s best defender this season, Ronald Araujo. While the Mingueza-Araujo pairing has been tested before, there were issues to be addressed in their partnership. However, not to mention that they have also complimented each other well on previous occasions.

Jordi Alba will once again start at left-back, with Sergino Dest at the right-back position. The American-Spanish full-back partnership has become the mainstay of Koeman’s side and has been far more effective than fullback duos of previous seasons.

The assist to Pedri’s goal was one of the highlights of the game, as Frenkie de Jong continues to go from strength to strength. Heading into the clash, the Dutchman must be pushing to finally hit the level he is capable of. No.21 has had a rejuvenated role in the last few games, and it has certainly paid the dividends.

Alongside the Dutch international could well be Miralem Pjanic. Sergio Busquets has started the last two games, and Koeman will be eying to get in a couple of rotations with the Supercopa de Espana coming up.

Pedri and Lionel Messi are the two untouchable players in the starting line-up. The combination of the 18-year-old with the club talisman has become a talking point across the world. One again on the night, young Pedri will most likely start as the attacking midfielder with his partner-in-crime and mentor Leo Messi on the right.

Ousmane Dembele has been a whiff of fresh air in the last few games. His pace has helped cut through the tight defences, and his fearlessness to shoot has been a major positive. The Frenchman could well start on the left-wing once again.

Completing the line-up will be Antoine Griezmann. The World-cup winner had a great game against Bilbao, though it went largely unnoticed with other players providing masterclasses. His assist to the captain for the third game sealed off the game and ensured the Catalans walked off with all three points.

Fransisco Trincao has been criminally underused in recent outings, and he will surely be in the coach’s plans as a valuable substitute. The Portuguese national provides much more proactivity on the wings, and also brings the best out of Sergino Dest by providing a constant option.

Ilaix Moriba has been called up to the first-team squad for the first time. There is always the tempting prospect that he could well receive his debut with the first team. The last ten minutes of the game will be one to look out for.

Sergio Busquets could come on late in the game to get a few minutes replacing Miralem Pjanic.