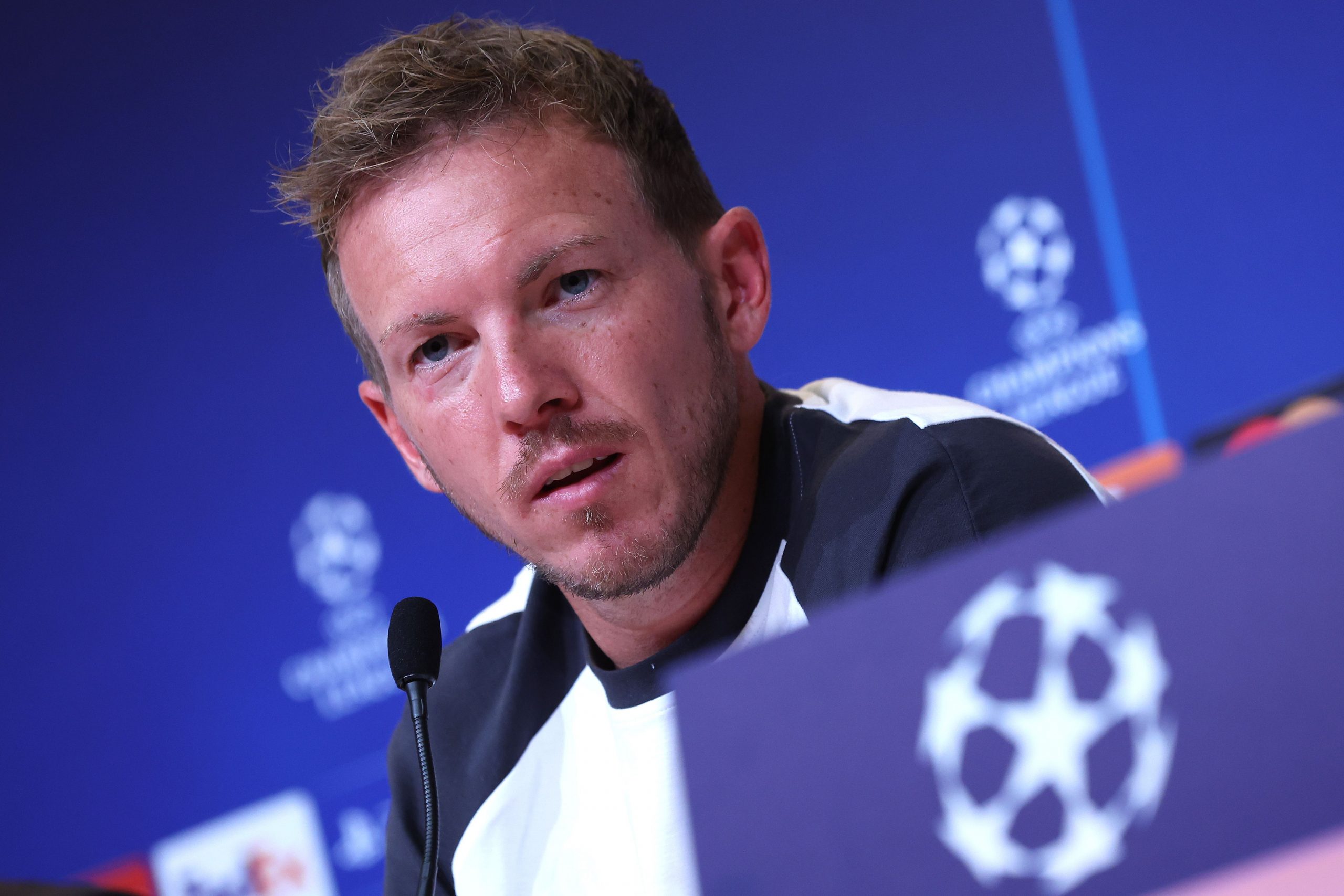 Bayern Munich will play hosts to FC Barcelona in a much-anticipated encounter in Group C of the UEFA Champions League on Tuesday night.

The Bavarian giants have gotten the better of the Blaugrana in each of their last four meetings, including the two matches in the group stage last season. However, things will hardly be that straightforward for Die Roten this time out.

For starters, Barcelona are a much-improved team to the one that faced the German champions last time out. In addition, Julian Nagelsmann’s side themselves are going through a bout of inconsistency.

Having been held to a 2-2 draw by VfB Stuttgart in their last game, the onus will be on Bayern to turn things around and stop Barcelona, who will be going into the game with revenge on their minds.

Ahead of this must-watch clash at the Allianz Arena on Tuesday night, Barça Universal looks at how the hosts could line up to face Xavi’s brigade.

Even though Bayern Munich signed Noussair Mazraoui, who interestingly was a target for Barcelona, Benjamin Pavard has remained their first-choice player at right-back and should hold on to his spot when the Blaugrana come visiting.

On the opposite flank, there is just no looking past the dangerous Alphonso Davies, who can make life hard for Barcelona with his tremendous pace, athleticism and ability to create opportunities.

Having splashed €80 million to sign him, Bayern Munich are certain to stick with Matthijs de Ligt as one of their two centre-backs. The other spot will be a toss-up between two Frenchmen in Dayot Upamecano and Lucas Hernandez, which the latter might edge out.

They will be up against former Allianz Arena heartthrob Robert Lewandowski, who will be trying his best to beat Manuel Neuer in the Bayern Munich goal.

Joshua Kimmich is easily one of the best defensive midfielders in the game currently. The German has become the beating heart of this Bayern Munich side and will be key to stopping Barcelona’s midfielders like Pedri, while he will also be in charge of dictating the tempo.

Kimmich, in all likelihood, will be partnered with Marcel Sabitzer, who was rested in the weekend encounter against Stuttgart. New signing Ryan Gravenberch could also be an option for Nagelsmann while Leon Goretzka will also push for a starting berth.

Thomas Muller is a lock-in in his usual role in the attacking midfield position from where he will look to exploit spaces in the final third of the pitch. Tracking the wily veteran’s movement and denying him space will be key for Barça on Tuesday night.

Jamal Musiala is enjoying a dream start to the new campaign and has already been directly involved in eight goals across all competitions. He is a certain shoo-in for the home team, while Leroy Sane could get the nod over Serge Gnabry, with the latter blowing hot and cold.

Sadio Mane, brought in to replace Lewandowski this summer, has not had the greatest of starts to life in Bavaria. Despite that, he has scored five times already and will be a huge threat for Barcelona.