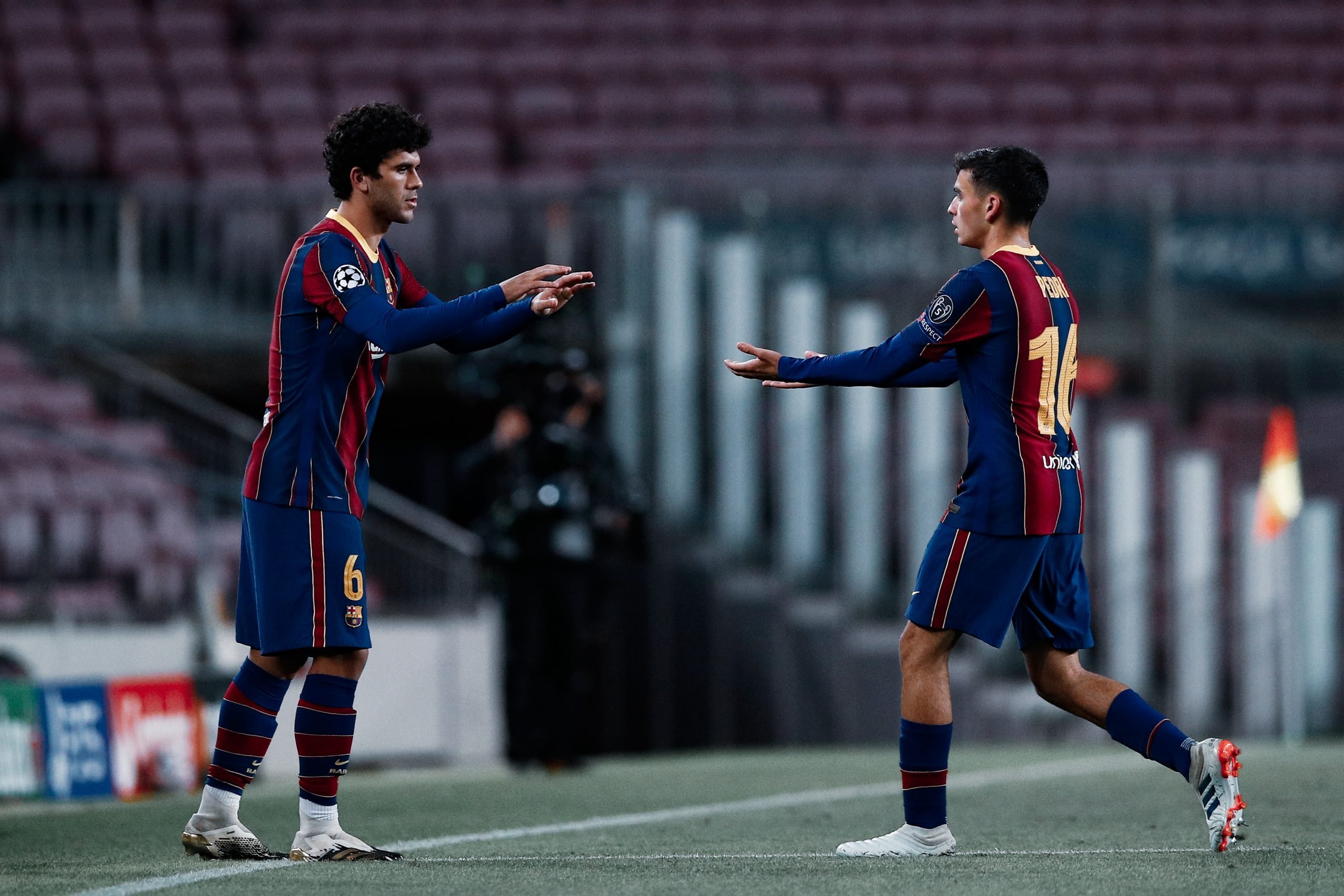 The world of football is a bizarre one indeed. About a year ago, a casual stroll along the streets of Catalonia would suffice to let one know of the disappointment of fans on the club’s management. Particularly, it was the man-management and the radical under-use of younger players that left fans frustrated.

But oh, how times change. Today the same fans watching the team are at the other end of the spectrum. The very people who were desperately calling out for young guns to be played now call out for them to be rested adequately. Ansumanne Fati and Pedri Gonzalez have seen 551 and 454 minutes of action respectively, so far this term.

Yet, on the other hand, we have Riqui Puig and Carles Alena who have not even seen a combined total of 25 minutes.

Ronald Koeman has repeatedly stressed in his press conferences on the importance of managing youth players conservatively and keeping them protected. Nevertheless, it is quite clear that he has not been one to stick by it. Indeed, the clear disparity in the playing times not only indicates a problem for today but could have massive repercussions to come.

There might be a doubt popping in the minds of many. What is wrong in playing young players extensively, game after game without rest? Is it not exactly what Culés wanted in the ‘squad rebuild’?

The general term ‘young player’ is often misunderstood in various contexts. One could consider a player in his early twenties in that category.

At the age of 22, Aleña has to play regularly; it is imperative for his game development. (Photo by Eric Alonso/Getty Images)

This bracket encloses some of the upcoming players who are ready to compete day in and day out at the highest level. Their body has completely matured, and their muscles are ready to take on the routine fatigue and recuperate. It is not a question of footballing talent. Rather, it is the growth state of the body that one must consider.

The players whom Koeman has been deploying in his starting lineups in every passing match, i.e. Ansu Fati and Pedri, unfortunately, do not fall into this bracket. Being just 18 and 17 years of age, respectively, it is important to realize that they are in a different stage of their growth.

Undoubtedly, the duo has contributed extensively to the team’s performances on the pitch. But can their bodies take the stress of playing a game at the highest level every three or four days? Science would say otherwise.

The last thing Barcelona want is their young prodigies suffering long term problems because of over-usage at a young age. The former Dutch national team manager may not be at the Catalan capital for long; however, any effects on the future performance or injury records of Pedri and Fati will haunt Barcelona for a long time to come.

If it is young legs the team needs, why the disparity?

Its is not that the young duo of Fati and Pedri should not play regularly for the first team. They have shown to possess the calibre to deliver special performances even against the elite of Europe. Indeed, regular playing time is crucial to their progression to stardom. Yet, starting every single game seems to be too much for that age.

It is understandable why Koeman favours having young players on the field. They do contribute immensely, especially in maintaining the high press. The value added by their stamina and pace can not be measured. Why then is there such disdain towards the duo of Riqui Puig and Carles Aleña?

An argument stating they do not have the talent is laughable at. Towards the end of last season, Puig single-handedly carried the lifeless midfield of Barcelona.

Aleńa, on the other hand, since his debut under Ernesto Valverde, has hardly, if ever put a foot wrong on the field. At just 21 and 22 years respectively, the young midfielders still possess the attributes Koeman is looking for in his young players.

Moreover, at their age, one would expect their growth to be close to complete. With bodies that are ready to be put to the toughest of challenges, the La Masia graduates watch on from the bench.

Ronald Koeman has proved to be extremely stubborn with his decisions. However, marginalizing two players while exploiting two others does not make sense for the team, both short and long term considered. Fati does play a different position, however, Koeman does have options there too in the form of Konrad de la Fuente.

Rotating the young players with balanced playing time would help all the saplings grow in harmony. If the Dutchman goes on overwatering these young saplings whilst neglecting the others, the ones with excess water will wilt alongside their dehydrated counterparts. A loss for all parties, one could say.