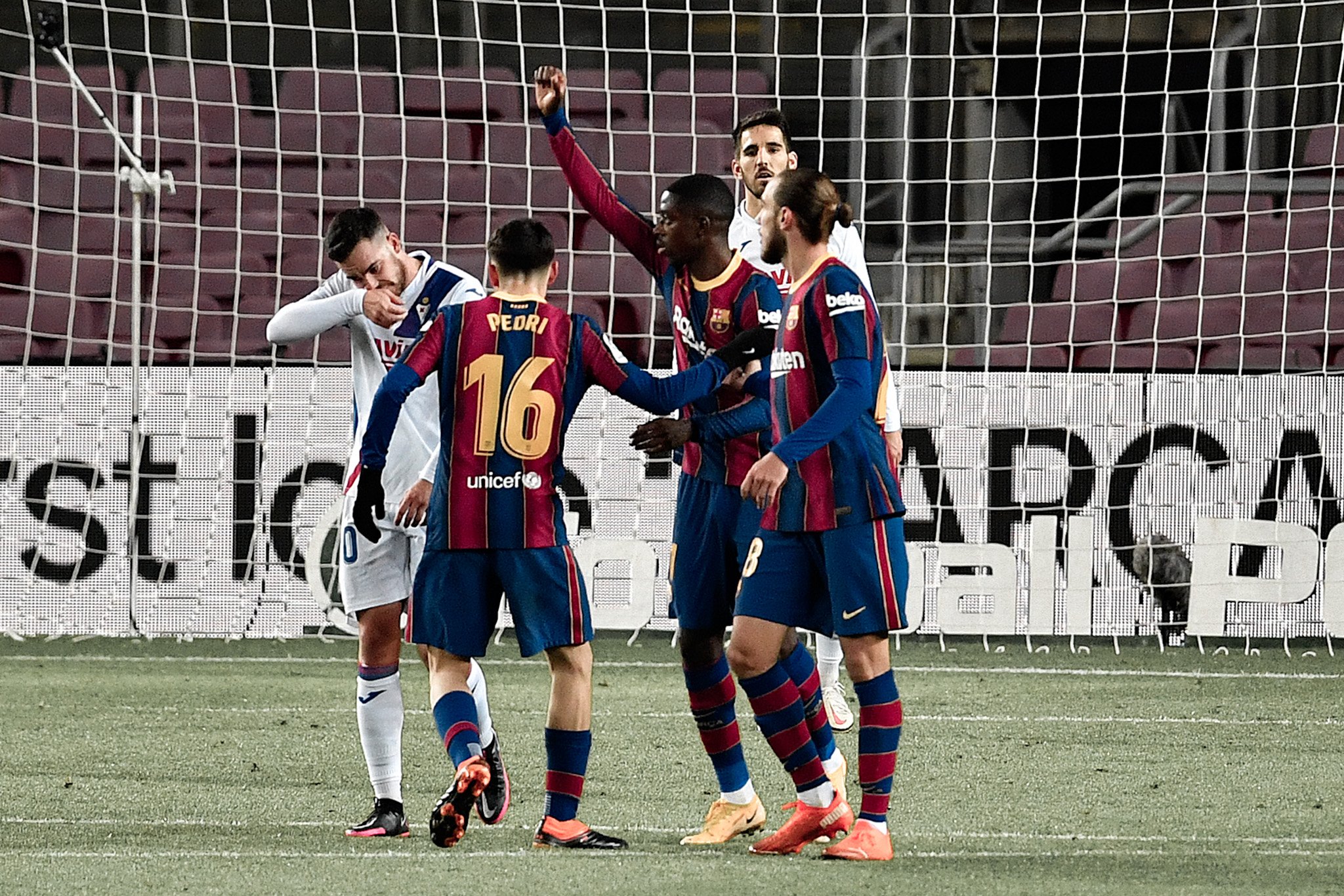 History was made at the Camp Nou, but unfortunately not for reasons worthy of plaudits: Eibar picked up a point for the first time as visitors against Barcelona on the road. Ronald Koeman’s questionable decision making as a coach and recurring individual errors – which seem to rise like never before – are severely troubling the club. The abysmal record without Lionel Messi in the team continues, once against proving that the squad is far from reliant right now.

The Blaugranas were slightly more fluent in possession after proceedings, however, an outrageous error at the back from Araújo put the Los Armeros ahead. Dembélé’s substitution was a massive game-changer as he waltzed down the right-hand side with flair and aggression. Eventually scoring a beautifully struck goal, Barcelona managed to equalize. Even so, a goal from the Frenchman did not faze the visitors considerably as they held their own and saw through a draw.

The German shot-stopper was barely tested in goal. Eibar’s agile forwards did not hit the target on frequent occasions, minimizing the overall work that ter Stegen had to do in goal. However, Ter Stegen was unfortunate to concede the goal as it was beautifully finished off by Kike and particularly came as a consequence of Araujo’s lapse in judgement.

It was a shame to witness a flamboyant display of defending ruined by such an abhorrent error. Araujo was pivotal at winning the ball in the air; the Uruguayan won 12 of his 14 aerial duels, emerging successful in majority of his ground duels as well. His tackling was immaculate, and he brought his physicality onto the field, winning the ball emphatically frequently. Besides, he even won the penalty, which could have sealed victory for the Catalans. Unfortunately, a massive lapse in concentration was a major reason Eibar came out with a point.

The Young Spaniard once again spent a fair majority of his time on the pitch to play the ball out of the back. Mingueza did an admirable job covering the right flank and diminished spaces for the Eibar forwards with his mature positioning. Much like Araujo, he demonstrated sheer confidence while playing the ball as well as engaging in tackles.

Lenglet did a satisfactory job at holding the backline, accomplishing in offering adept support to Mingueza and Araujo. More importantly, he did not make any ridiculous errors, which appeared to have spiked drastically since the start of the campaign. The Frenchman made several clearances and won a fair majority of his Aerial Duels, usually an area of concern for Lenglet.

In Koeman’s reworked system, the US International had more attacking responsibilities down the right flank. Woefully, the visitors’ astute defensive structure prevented Dest from making an impact in the Final Third. His crossing was non-existent, and he gave possession away poorly frequently. Still, one element that has to be admired about Dest once again is the quality of his first touch, which invariably allows him to have the edge over his markers. Although the American sensation was solid in the defensive third, he was eventually taken off for Ousmane Dembele.

He may have assisted the only goal of the game, but in all fairness, Firpo’s crossing ability was the only optimistic takeaway from his exhibition. While the Spaniard instilled some degree of creativity into what was a stagnant Barça offence, he failed to provide any penetration through what seemed to be an unbreakable Eibar defence. Regular dispossessions as he also struggled to regularly put in good service into the box slightly blemished his performance.

Nonetheless, his one quality play helped the Catalans save the game, and if it weren’t for Braithwaite being in an offside position, the 24-year-old would have picked two assists.

After stringing a few immensely compelling performances in Barcelona’s midfield, Frenkie de Jong was yet another optimistic presence on the field. Notwithstanding Frenkie was not as involved in the build-ups as he would have preferred to be and was not entirely successful in bypassing Eibar’s waves of pressure — containing his vibrant and aggressive self –, the Dutchman was reliable in a majority of his ground and aerial duels, losing possession scarcely and distributing the ball moderately well.

The Bosnian did an effective job at recycling possession and was dynamic with the ball at his feet. Pjanic managed to send in some well worked diagonal balls, which were advantageous in the final third. While the former Juve man offers such progression at the cost of defensive solidity, not operating in a double pivot appeared to have done him a world of good as he was deprived of his defensive responsibilities and could inject fluidity moving upfield.

In the absence of Lionel Messi — who is frequently considered to be Griezmann’s biggest hurdle — the Frenchman looked lost and disoriented on the field. Griezmann was rarely ever progressing the ball forward, proving to be nothing more than a bystander. Aside from putting in a shift with his work ethic and covering large distances, the World Cup winner was a player devoid of imagination and spark as he failed to slip into useful territories and habitually floundered when prominent opportunities arose. These are the kind of games in which Antoine is supposed to prove his worth in.

In a game where there were hardly any positives to extract, the gleaming young prodigy from Tenerife was a joy to watch in possession. Albeit Pedri was not as influential as he was in his previous few outings, he was one of Barcelona’s few encouraging performers. Pedri surprisingly reigned supreme in most of his physical duels and provided 3 key passes, which dismayingly were of no avail, given the Catalans were highly wasteful up front. In times of darkness, the youngster manages to illuminate the field with the slightest of movements.

In spite of finding his name on the score-sheet against Real Valladolid in Barça’s previous outing, the Dane forward failed to put his poacher’s instinct to effective use in his second game in a row as a striker. Braithwaite was seen situated in fruitful areas where he could cause damage, but could not continue his perfect underdog story as a penalty miss early in the game proved to be detrimental for the Blaugranas. In addition, the former Leganes man even wasted an ideal opportunity to give the hosts the lead as one of his goals was ruled out offside.