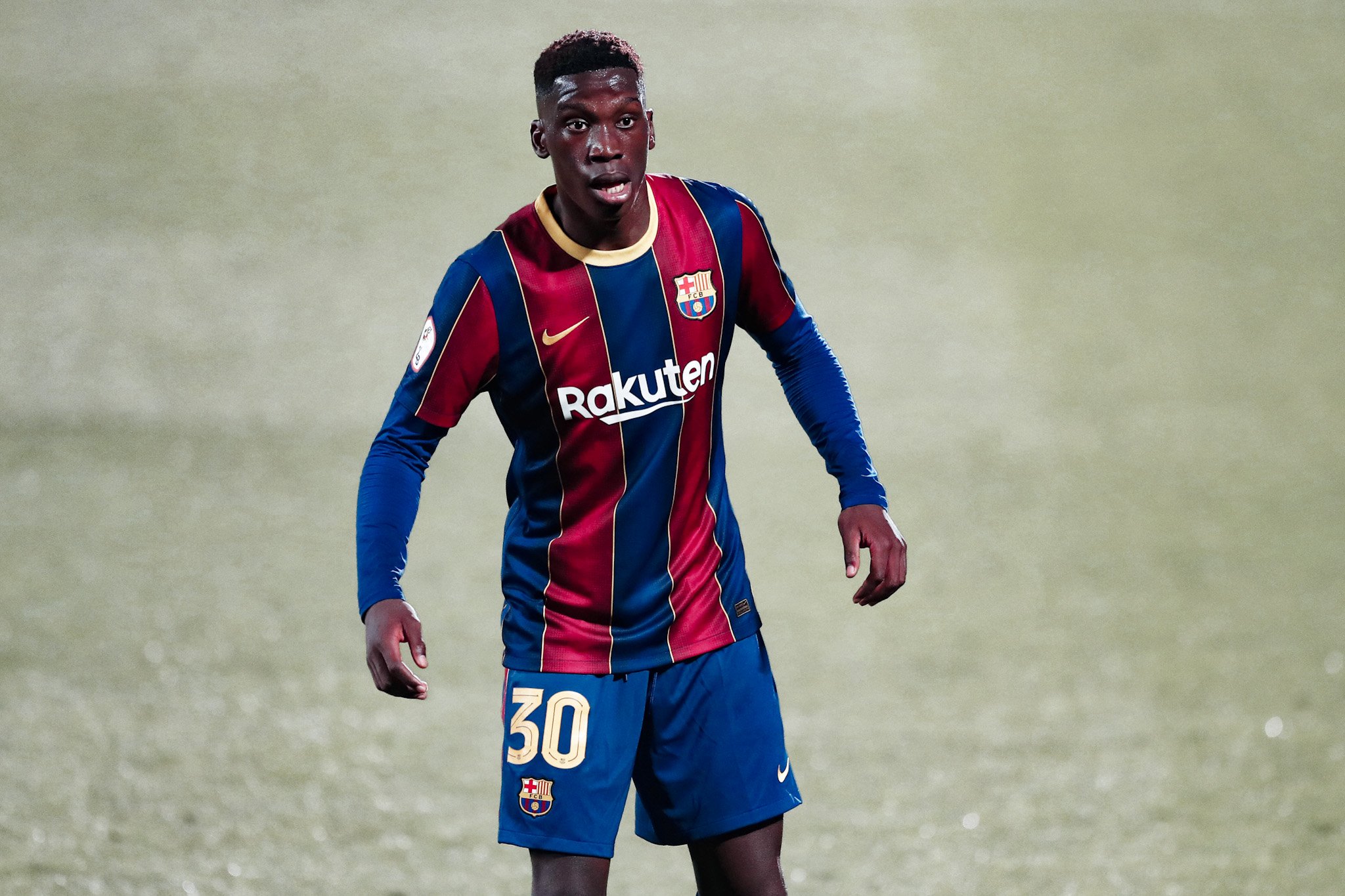 La Masia has always had a very strict hierarchical structure that they have made sure not to disturb. Many times, players have left the academy as higher wages and better playing opportunities have been offered in other clubs. Meet Ilaix Moriba, the 16-year-old who became the first player Barcelona took serious financial as well as sporting power to tie down at the club.

Ilaix caught the world’s attention when he scored a hat-trick as a 15-year-old against Real Madrid’s U19. However, the real story begins at Conakry, the capital of Guinea, on 19th January 2003. Born to a Guinean mother and a Liberian father, Moriba Kourouma Kourouma moved to Barcelona as a child. Originally a player for local rivals Espanyol, the Blaugrana signed him in 2010. After starting out at the U9’s C team, Ilaix progressed steadily and quickly, always playing with kids older than him. And this is no surprise, as he has always had a very developed physique. Now at the age of 17, he is 185cm tall and weighs 73kg.

Ilaix is a midfielder who has most recently played as an interior midfielder. He is very well-versed in playing as an attacking midfielder, and has some experience playing as a defensive midfielder as well. Interestingly, he was even deployed as a striker for one or two matches, but this of course isn’t much.

“He’s a little bit, maybe modern—in the English football kind of sense. It’s good to have him at Barca. The academy can’t be all about the Riqui [Puig]s or the Monchus—small players with a lot of talent. Football trends change every year, every month, but Ilaix is here not because he is tall or strong, but because he is very good in every facet of the game.”

The above quote gives a good idea of the kind of player Ilaix is. He is different from the usual academy graduates. Always getting labelled as ‘Barcelona’s Paul Pogba’ due to his physique, people tend to overlook his technical qualities when in fact, he is a very well-rounded player and is a great combination of Barca DNA and the things that Barcelona’s academy graduates often lack.

Something that immediately stands out when you watch Ilaix is how comfortable he is with the ball. Pulling off flicks to see a teammate through on goal, dribbling out of tight spaces and progressing the ball, executing a cheeky nutmeg to get past a player followed by a chipped ball over the defense, the Spanish midfielder always exhibits his readiness to have the ball at his feet. This helps his team in many ways, the most significant of which is progressing from deep spaces.

Ilaix’s physique helps him in many aspects, including this. Many times, he’ll receive the ball in his own half. If there is space to drive into, Ilaix will exploit it. His physique means that it takes much more than just simple pushes to get him off the ball. This is something that Barcelona B have not had in a player recently. Also very good in tight-spaces, Ilaix’s close-control is very polished. He adds another dimension to the team’s ball-progression.

Being a La Masia player, excellent passing and receiving are to be expected. The 17-year-old midfielder is exceptional at receiving. Though he looks to receive on the half-turn often, his receive with his back to the goal while turning is exceptionally good. In terms of passing, Ilaix’s passing range is the highlight. Incisive passes through the defense, delicate chips, and long-passes to switch the play, he has it all.

It’s impossible to give an overview of what Ilaix offers without speaking about his shooting ability. He has incredible shooting range and manages to generate a lot of power even with a relatively small back-lift at times. In the earlier mentioned match against Real Madrid, one goal was from the halfway line. An often-overlooked aspect of the Spaniard’s play is his timing when making runs into the box. He regularly gets into dangerous places and has an eye for goal.

Ilaix has a good defensive work-rate. He regularly tracks back and presses well, making sure his team isn’t in a numerical disadvantage at the back. His anticipation, and defending in 1v1 moments in especially impressive. In a 1v1, the body-orientation is very important. Like maintaining balance on a tightrope, Ilaix follows the dribbler. Neither allowing the opponent to cut inside, nor drive forwards easily is the key.

In terms of positioning, Ilaix needs to be better at times. This season, as he has gained protagonism at the B team he has also started positioning himself carelessly at times. Unlike players like Nico Gonzalez alongside him, who receive the ball in threatening positions, Ilaix looks’ to receive the ball deep and drive at the opposition.

Rather than purely in defense, Ilaix shines when the team transition from defense to attack. He is capable of holding the ball up and involving his teammates in the play. Another aspect in which his physique is influential, but not without his reading of the game and awareness.

In Ilaix, Barcelona have a player who could grace the midfield for the coming decade. He is someone who can make a difference on his own. Being called-up in the first-team squad for the first time against Granada, Ilaix might get chances this season. And knowing the kind of player he is, Ronald Koeman is sure to take a liking to his attributes. Ilaix Moriba is still very much a raw diamond. Shaping him into what he can be should be an enjoyable task for his coaches.