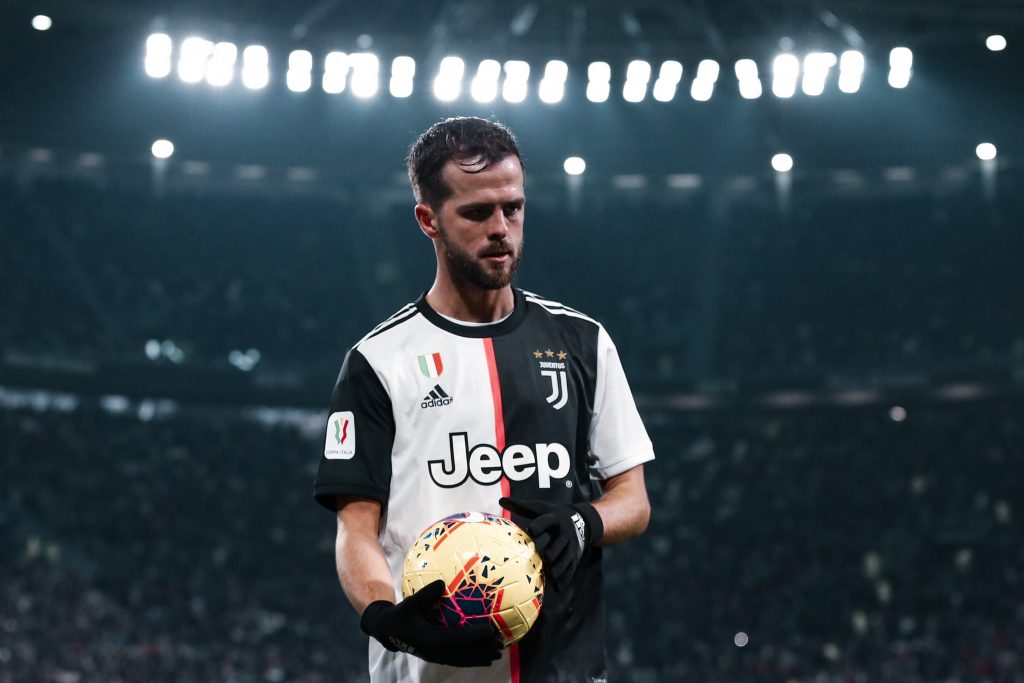 With football nearing a return, transfer rumors are also flying around the block. Most recent news on the blaugrana front? The potential arrival of Bosnian Miralem Pjanić to Barça.

The COVID-19 pandemic may have brought world football to a standstill, but the transfer rumor mill is still running strong. Of late, there has been a lot of buzz about the possible transfer of Bosnian midfielder Miralem Pjanić to Barça. The veteran Juventus midfielder is reportedly very keen on a move to Barcelona. But, as most transfer speculation involving high profile clubs goes, this too is not straightforward.

According to reports from various news outlets, including Mundo Deportivo, the deal to bring Pjanić to the Camp Nou is in motion. The 30-year-old is interested in joining and the Catalans are supposedly keen to add him to the squad too. However, Juve seem unwilling to let him go unless the two clubs settle on a swap deal. And that is where the complication lies.

Mundo Deportivo has reported that Pjanić has said ‘yes’ to Barça, but it’s Juventus’ approval of the transfer what’s missing | Photo by Alberto Gandolfo / Pacific Press via Imago

It looks like Juventus will only let Pjanić depart if Barcelona offer Arthur as part of the deal. Both midfielders are valued at 60 million euros, which could be a capital gain for both sides. Barcelona have reportedly tried to include Iván Rakitić and Arturo Vidal, but Juve are not interested. They want Arthur, yet the Brazilian has clearly stated his intent to stay and succeed with the azulgranas.

❛ The only option that interests me is staying at Barcelona. The supposed interest of big clubs is always flattering and a positive sign, but my mind is on playing for Barcelona for many years ❜

Further reports have also suggested that if an adequate agreement regarding player exchanges is not reached, then the deal will fall through. And that seems not only likely but also logical from Barça’s standpoint. Arthur’s departure to bring in a 30-year-old will not make much sense in the long run.

Can Pjanić offer anything substantial to Barça?

There is no doubt that Miralem Pjanić is an exceptional midfielder with a plethora of tricks up his sleeve. While he is not the fastest or the most physically imposing, he more than makes up for it with his vast technical ability. He has a terrific passing range, vision, great spatial awareness and footwork. All these attributes put him in a bracket along with the best in his position. His tenacity and willingness to press also make him tactically versatile, meaning he can be deployed in various positions across the middle of the park. He is also very efficient from set-pieces.

All these traits mean Pjanić is more than capable of playing for any top team, including Barcelona. Nonetheless, Barça already have a spectacular squad with all these qualities among their ranks. Everyone from immense passers, dribblers, creators, to a notoriously ruthless set piece specialist.

❛ Arthur arrived as the potential successor to Xavi because of his similar style of play, so it makes no sense to sell him when he is just 23 years old and has his career ahead of him ❜

So, realistically speaking, Pjanić would not add anything significantly different to the squad. Additionally, letting a tremendous young prospect like Arthur, who is already showing what he can offer in years to come, would be nothing short of senseless and bizarre. Even fellow Brazilian and Barça legend Rivaldo seems to agree.

• Football is coming back: what does it mean for Barça?