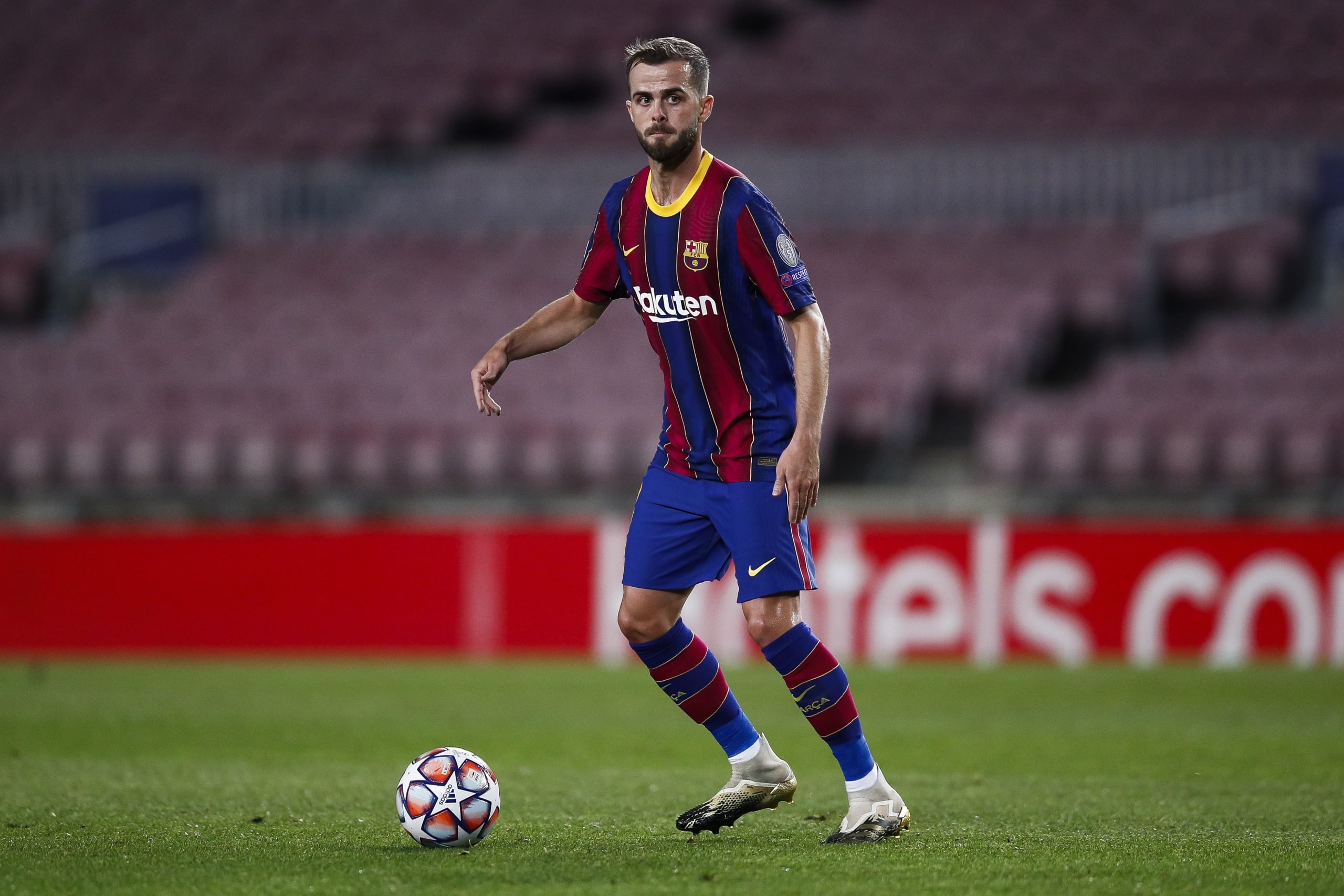 Miralem Pjanic spoke to the Canal Football Club (CFC) on Sunday. The Bosnian midfielder played for Metz and Lyon in his early days, hence why he has spoken to the French media.

The new Barcelona signing is confident of finding his feet at Camp Nou. In the few games he has played, the Bosnian has impressed the Culés. When he was called upon, he replaced Sergio Busquets to perfection and, for now, has never complained about being on the bench. His complementarity with Frenkie de Jong has been a breath of fresh air in Ronald Koeman’s double pivot.

“I want to be one of the best players to play for Barcelona, and I’m confident I will do so.”

“I’m very happy that I play for Barcelona. I want to leave my mark and win titles here.”

With the current environment at the club, winning trophies might be hard in Pjanic’s first season. However, if the team around him improves drastically in the future, they might look like contenders for the Champions League. Besides, if Pjanic can make Barcelona fans forget about Busquets, who has not been going through the best run of form, he might leave his mark at Camp Nou.

“Everyone tells me I have the Barça DNA. I always thought that I should play for this team because their style suits me.”

Pjanic does possess Barca DNA indeed. The midfielder is a superb signing in a midfield that was in dire need of his profile. The swap deal with Arthur might seem like some great business on the sporting side of things, despite the fact that it was heavily criticised. Even though the Brazilian was kicked out of the club unjustly, he still hasn’t found his feet in Turin whereas Pjanic looks like the real deal at Camp Nou.