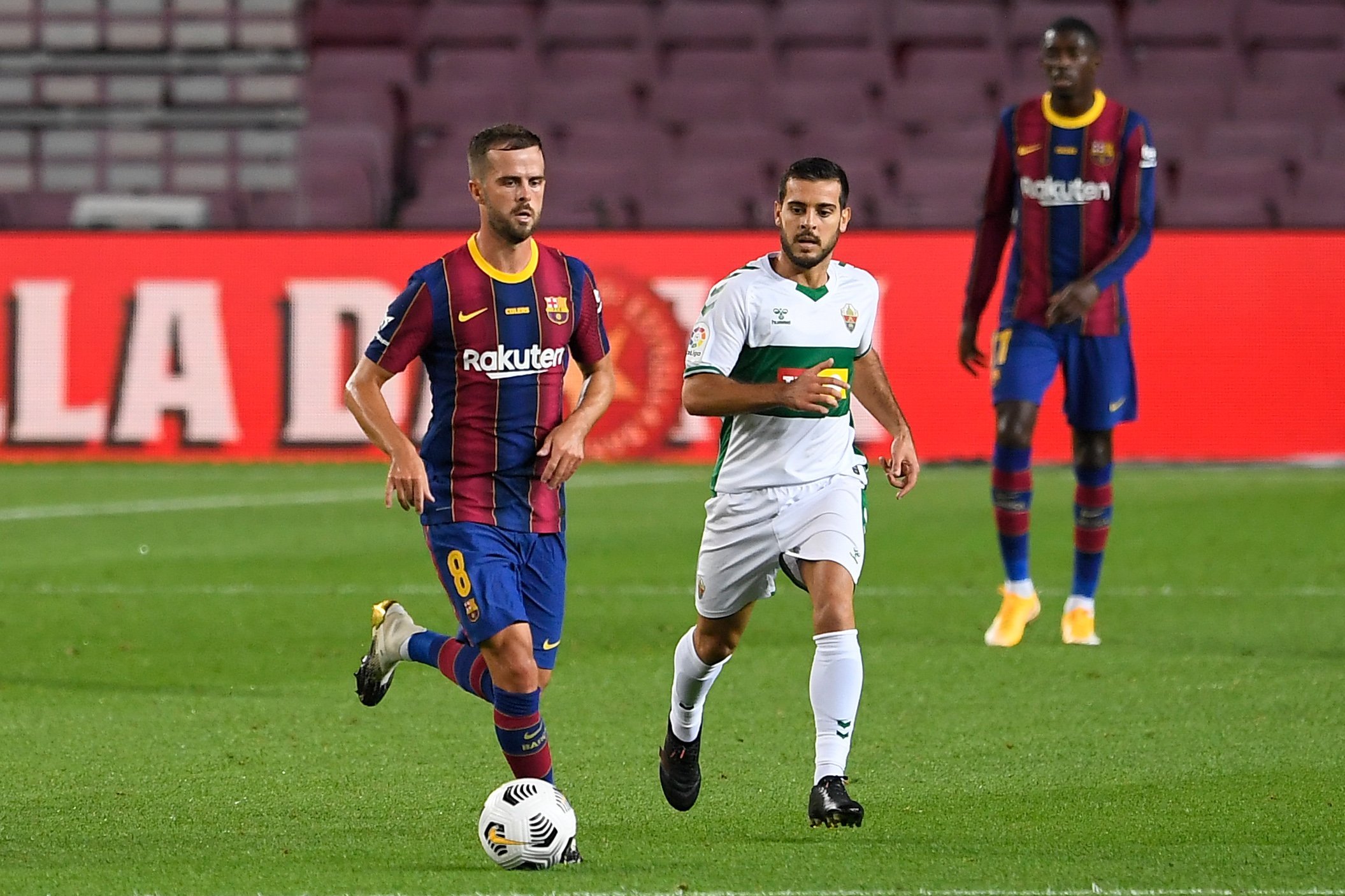 Miralem Pjanic, in an interview with Barça TV, spoke about El Clasico, and his time playing against Real Madrid as part of Olympique Lyonnais.

When asked about his first time possibly playing an El Clasico, the Bosnian replied that he “curious”, and that it will be no different from all the great rivalries he has already been a part of during his time with Lyon, AS Roma, or Juventus.

“The Clasico is special, but I have already played in Roma-Lazio, who are great rivals. Also the Juventus-Inter Milan derby in Italy.” Pjanic said, before adding, “I have played great derbies in great matches, I want to know what is is to play a Clasico, I am curious.”

Pjanic also addressed how while the game against Real Madrid is a huge, winning is the only thing on his mind, and his priority for the game.

“Having the opportunity to play El Clasico is what every player dreams of, it is the biggest game in football. I am happy to be here, to be able to play, and I hope we can win.”

“Until now, I saw them on television. I remember a great victory at home, 5-0 in 2011 with Guardiola and Mourinho. It was very nice to watch that Barça play, but the 2-6 at the Bernabeu was also special, because playing away is never easy.”

It was hard not to go back to the time when he faced Real Madrid as a teenager in the 2009/10 campaign with Lyon, when he scored in the process of eliminating them.

“I was very young, 19 years old. We played against a great Madrid, great players, and we beat them, eliminated them, and scored.” He also added, “It was special for me, a great sensation, to score at the Bernabeu.”

Finally, when asked about what lies ahead for him and the team for the game on Saturday, Pjanic seemed rather positive, suggesting that they have ‘enough equipment’ to win the game.

“We have a good team, and we know how to play. We have been able to rest after the Champions League game, and have prepared ourselves. We are looking forward to playing the game, which is special and we have to win.”