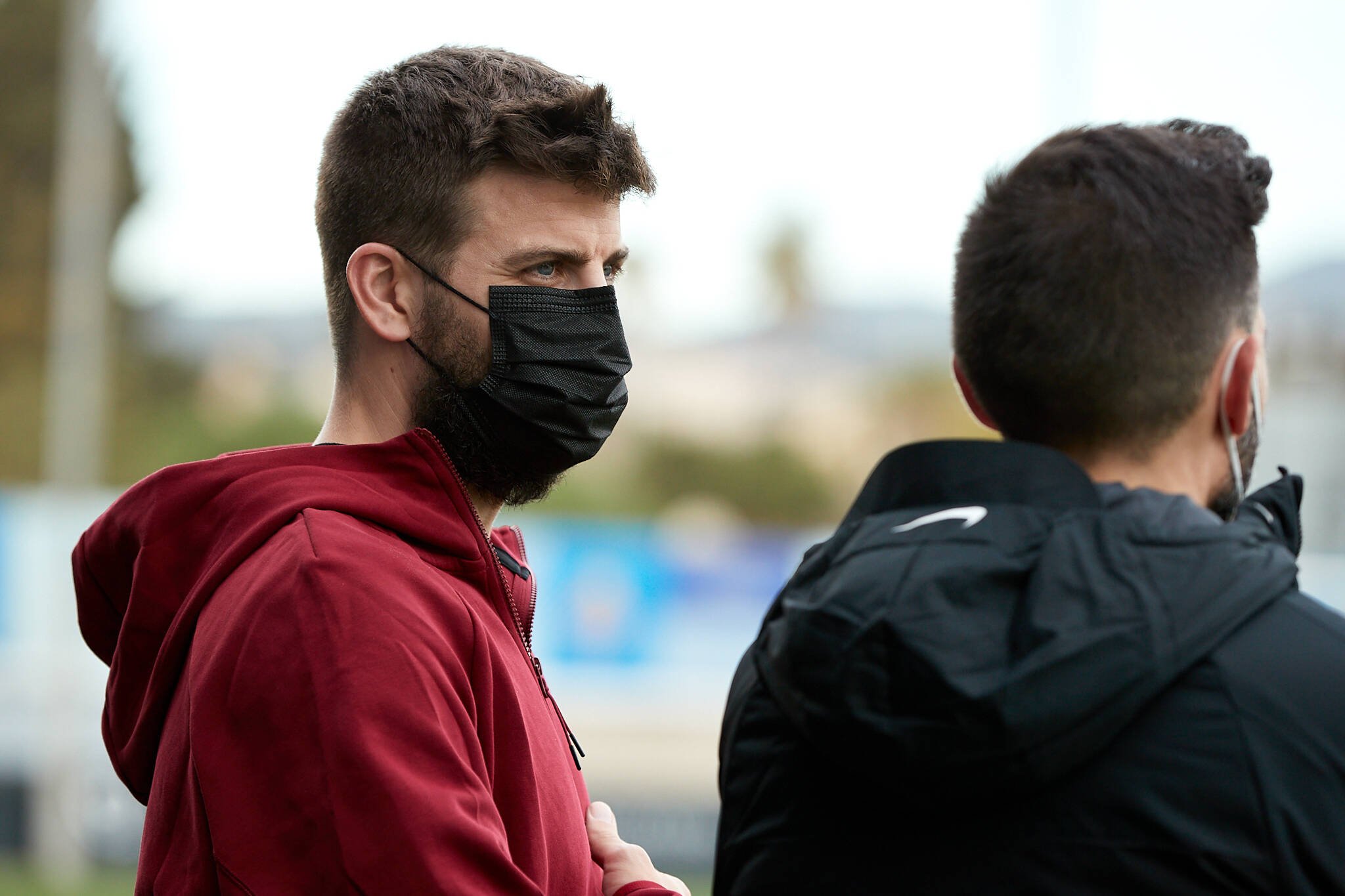 In an exclusive pre-recorded interview on Movistar’s ‘Universo Valdano‘ program that went live yesterday, Barcelona defender Gerard Pique sat down to talk about all the crazy developments in the football world recently. He also discussed his career, the situation at Barcelona, president Joan Laporta, the club’s coaches over the years, and the successes and failures.

One of the biggest talking points of the interview, of course, was the European Super League. The project was temporarily scrapped shortly after Pique’s interview but before it aired on television. The defender was quick to express his reservations about the whole operation.

“If I look at it from the point of view of the player, a global vision, I do not think it is positive in the long term for the world of football,” Pique said.

Barcelona are one of the clubs that are yet to withdraw from the Super League since there is plenty of buzz around the fact that a referendum of the delegate members may have to be conducted. This will dictate the course of action president Joan Laporta will have to take. Regarding the club’s continued involvement in the project, Pique said:

“At this moment, Barça is one of the founders of the Super League. I think that this decision has a very important reason in the economic situation of the club. If I put on the hat of Barça’s president, which is what Laporta should do, he is in a very bad economic situation. He will make the best decision for the club.”

Elaborating further on Laporta, he added: “He is a brave man. He has imbued us with the happiness, the optimism that the team was missing. It was needed. He is doing it well, although there is a lot to change.”

The veteran defender also spoke about Lionel Messi, whose continuity at Barcelona remains a subject of great discussion: “I couldn’t tell you what’s going to happen with him. I think in recent months he looks happier. That’s important. He impacts the team because he is the captain and influences the whole team. The club is doing very well and much of it is because of him.”

“Messi has been with us in the team for several years. We know him well, and we will support his decision. We should be grateful for what he has done,” he added about the Argentine.

The World Cup winner also spoke about all of Barcelona’s coaches in the past few years, starting with the current boss Ronald Koeman: “The club was in a bad situation and that has brought great news of players who, being very young, have shown their faces. The coach has been brave to put them in and has had the vision, instead of having a short-term vision.”

He then talked about Ernesto Valverde and Quique Setien, two controversial figures in Barcelona’s recent history: “A very calm person. He (Valverde) knew how to deal very well with players who have won a lot … but maybe we didn’t play our best football. Valverde did a great job, but the failures of Rome and Liverpool overshadowed that great job.”

On Setien, he did not make too many remarks: “With Setién I lived the hardest moment of my entire career at Barça.”

He then spoke about treble winner Luis Enrique, handing a lot of praise to the Spaniard: “He arrived and revolutionized everything … In January we were almost out of everything, with the little problem that Leo and Luis had. We turned the situation around and started to win and have confidence. We stood up and won the treble.”

“I’ve never seen anything like it,” Pique added about the Messi-Suarez-Neymar trio under Lucho.

Pique also spoke about Gerardo ‘Tata’ Martino: “He was a coach who was underrated because we didn’t win anything with him. He was a good person and a good professional.”