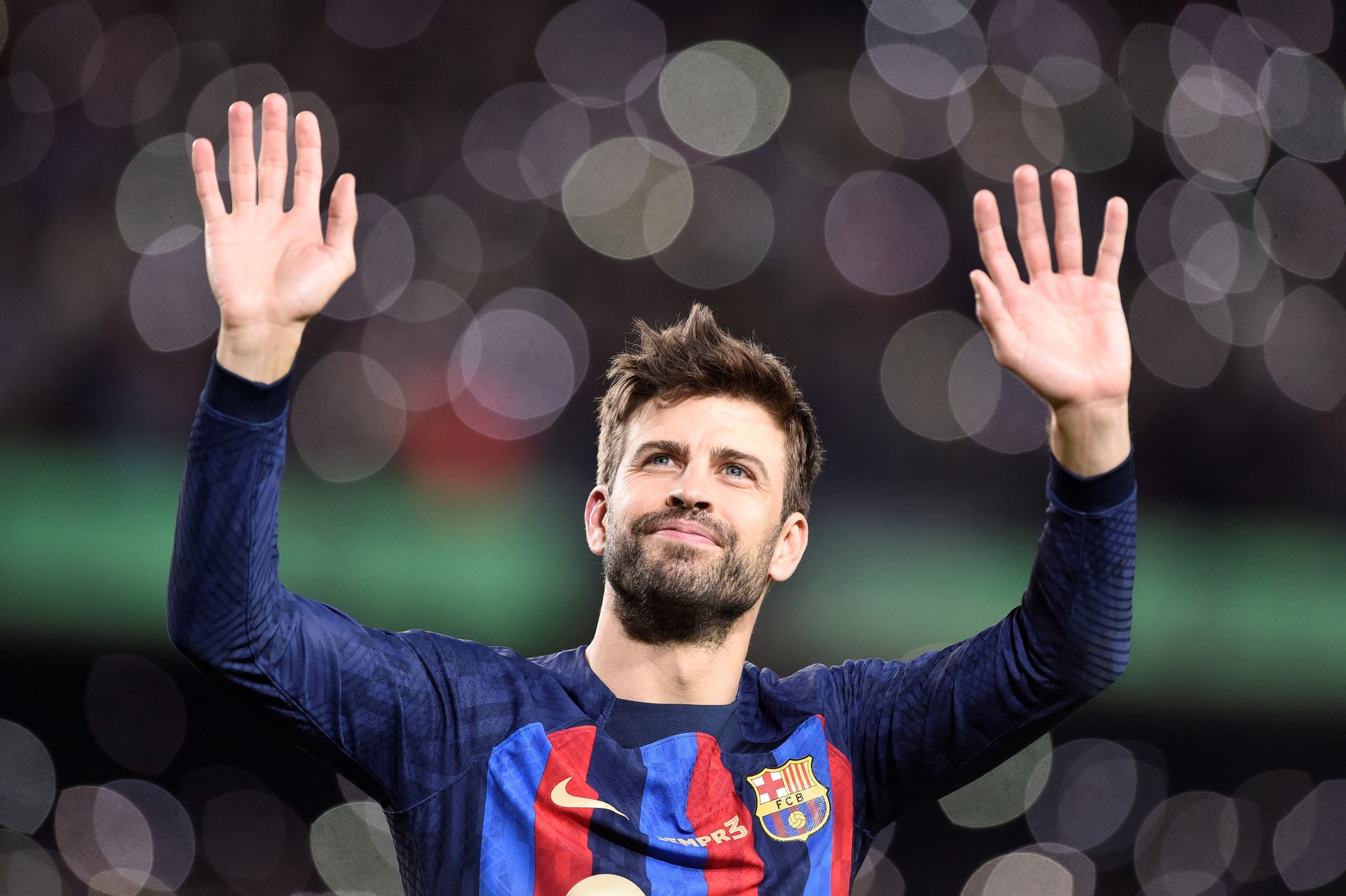 Gerard Pique played his final game as a professional club footballer last week when he turned up for Barcelona against UD Almeria at Spotify Camp Nou, where he received a fitting farewell from the fans.

While he was in contention to play one more time against CA Osasuna this past Tuesday, a red card when he was still on the bench put paid to those hopes.

Over the past six months or so, Pique has limited his interactions with the media. But on Wednesday night, he appeared on the Twitch stream of Ibai Llanos and spoke about his retirement and his plans for the future, as well as discussing various other topics.

Barça Universal brings to you snippets from the conversation that Pique had on the Twitch stream.

On retiring in November: “People already know that I had a conversation with Xavi at the beginning of the season. He told me I was going to have fewer minutes. My feelings were not positive, and I saw the World Cup break as an opportunity to retire.”

“I’ve always said that when I wasn’t important for the team, I would retire. If several players hadn’t been injured in my position [Koundé, Araujo, Christensen], I would have retired earlier.”

“There was a training session where I wanted to tell the team that I was going to retire. But when I saw that several players in my position got injured, I said ‘I can’t leave now’. So I saw this World Cup break as the perfect opportunity.”

On why he chose to hang up his boots: “I didn’t feel like I used to. One day I realised that being a player wasn’t for me anymore.”

On becoming the president of FC Barcelona in the future: “That’s not on my mind right now. I want to do other things. But I would like to help the club of my life in any way I can.”

On being sent off in his last game against Osasuna: “I went to talk to Gil Manzano, and I explained several plays to him. I told him that his decisions always affect us, and that’s why he sent me off. I didn’t say anything else. I didn’t insult him… It was a teammate. I won’t say the name of who insulted Gil Manzano, but it wasn’t me.”

On his farewell at Camp Nou: “It was awesome. I don’t like the farewells, but that’s when you realise how much people appreciate you. I don’t like to say goodbye to myself. I can also tell you that it’s not a farewell because I’ll continue to be linked to the club.”

On reports of him being on Spain’s provisional squad for the World Cup: “That’s what they say, I don’t know. I don’t know when it comes out. I haven’t thought about it.”

On whether he would like to see Sergio Ramos at the World Cup: “It’s up to the coach. It’s not our role to say who has to go, nor to give an opinion on it.”

On life after retirement: “For the first time in a long time I can say ‘I am free’. But at the same time, I can’t stop. I want to make the most of every minute of my life. Today we are alive, but tomorrow who knows.”

“Before I used to do things based on what the football calendar was but now I’m free. It doesn’t seem weird now, but it will be weird from January onwards… For the first time I will have vacations.”

On Carles Puyol: “Puyol and me are so different, but we were so complementary.”

On the fans: “We as players sometimes distance ourselves from the fans… But if I’ve learned anything in my career, it’s that you always have to be very close to them. I was always treated very well, as just another person. Us, as players and people, we should be more involved with the fans.”

On the Clasico rivalry in the past: “I think the line was crossed when the Real Madrid coach physically attacked Tito Villanova.”

“We were so strong in 2010 that the only way to beat us, for Real Madrid, was to play on a pitch other than football.”

On his statement about Alvaro Arbeloa: “It was no joke. I was asked if I was Arbeloa’s friend and I said that, that he was just an acquaintance. He was an acquaintance and not a friend.”

On playing with Real Madrid players for Spain in 2012: “We won the Euro 2012, I remember that with Xavi, and Iker, we all discussed how to reduce the tension. We had to unite to win.”

On the changes he would make in football: “The extra-time. After 90 minutes of football, you want something different. Try something new, like every minute that goes by, one player less in each time. It would be a good idea.”

“I believe we should modify some norms in football. Happens in all sports, nothing new. We should try something new. Penalties, for example… to decide who qualifies to the next round in the Euro or World Cup, to be decided in penalties, I don’t understand it. Players who may have never shot a penalty may have to.”

On referees and VAR: “VAR helps for offside decisions, but for decisions where it is 50/50 there is always a problem.”

“Just like us, the referee is part of the game. They have to explain themselves. If they are wrong and they admit it, let them say so in public. If they make a difficult decision, let them explain why. In many situations we would understand.”

On his interactions with Joan Laporta: “The few times I have met Laporta, at the beginning, they have been tough meetings but after that everything has been fine.”

On his promise to the Barcelona president: “In the summer, I made a commitment to Laporta not to do things that were not related to football and to focus only on sport and my recovery.”

On the media: “If you lose, fans and media will look for any way to blame you and relate everything to you. For example, if I posted a tweet a week ago at 1:00 am, they’ll say we lost the game because I slept late one day. But if we had won, they say nothing.”

On his feelings after retiring: “I thought I was going to be sad when I retired but I’m very happy, I left happy, it was an exceptional journey. I am privileged. I enjoyed my career. You have to enjoy things.”

On when he informed Laporta about his decision: “I told Laporta that I was going to retire when we were in Plzen. We had talked about it earlier at his house.”

On his career: “I won all the titles. I can’t ask for more. I had a great time. I look back on my career, and it was great.”

“I only ever had a motivation to be a Barça player. I never thought about going to another club. If Barça didn’t renew me at 28 years old for example, I would have retired from football then and there.”

On the possibility of joining Juventus in 2008: “Juventus offered me way more money than Barça in 2008.”

On if he will attend matches at Camp Nou: “I have a designated seat at Camp Nou. I don’t know where it is, but I will start going. I’ll watch every match from there.”